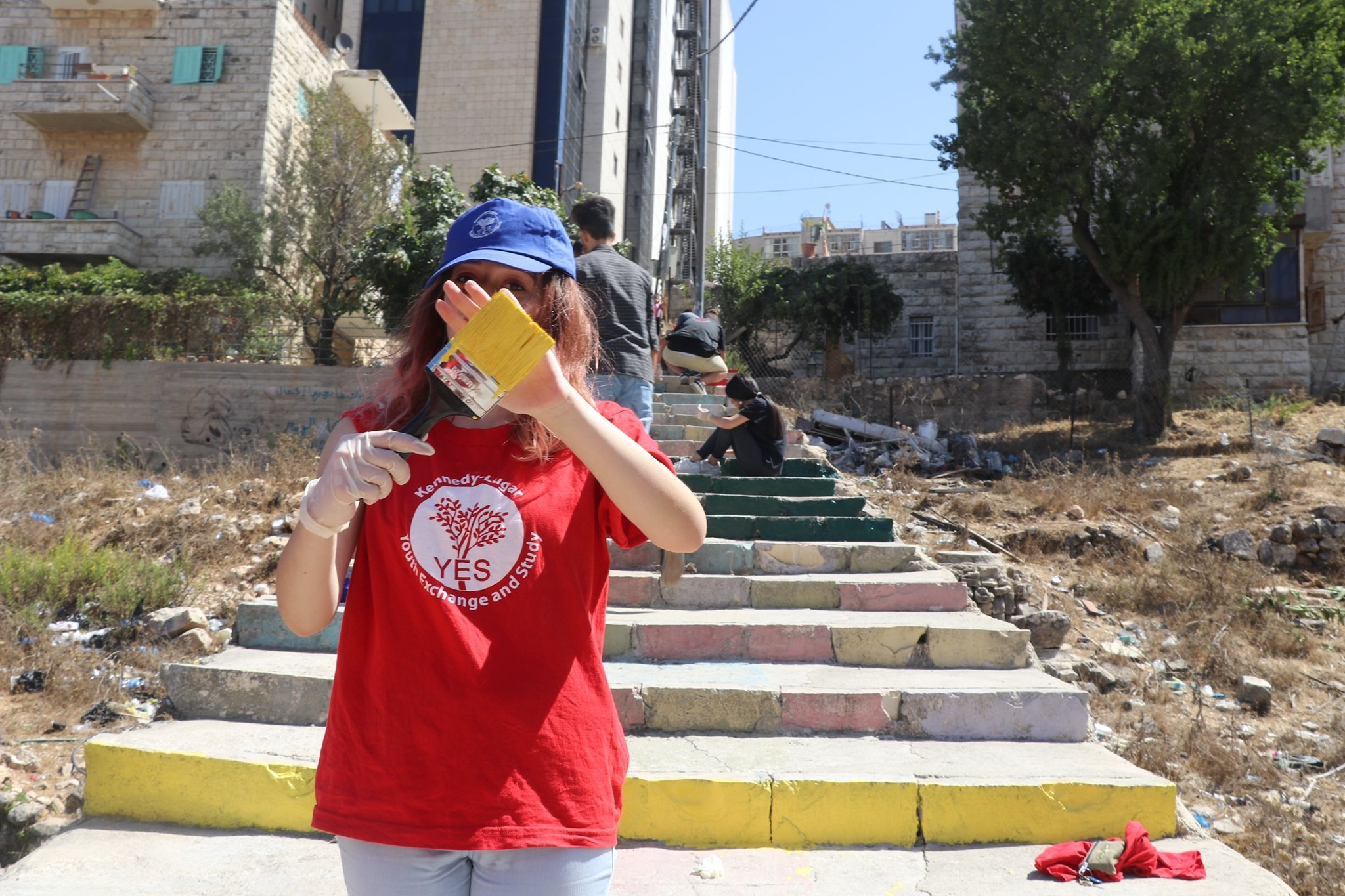 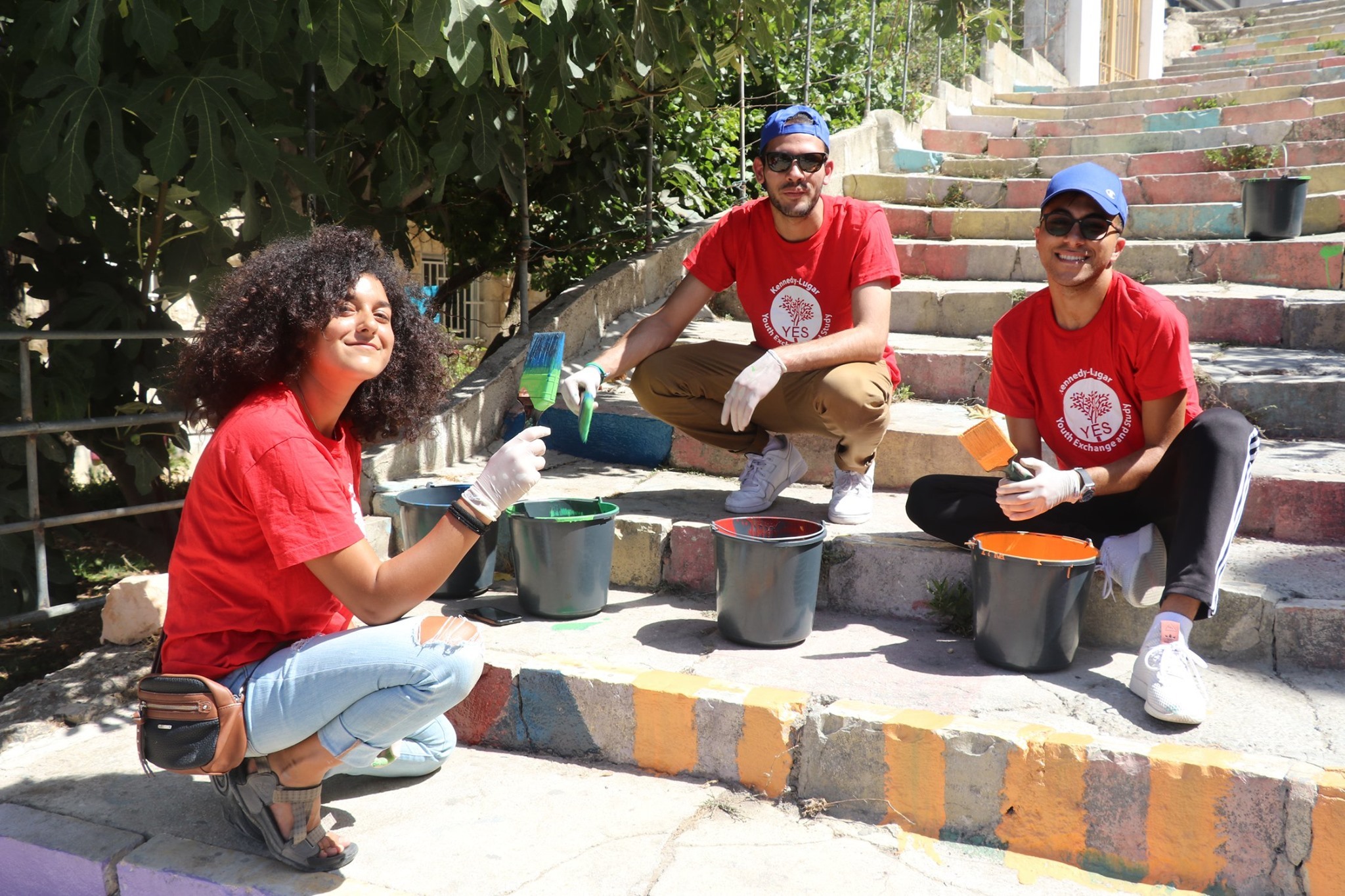 There are public stairs in a particular area of Ramallah called Ein Musbah, a neighborhood in need of renovation, so the YES alumni decided to revive area with a painting project. Over the weekend, on September 27th, 25 YES alumni joined efforts to paint these public stairs. The YES alumni first learned how to mix paint, then they were divided into groups, to work on a different part of the long staircase. 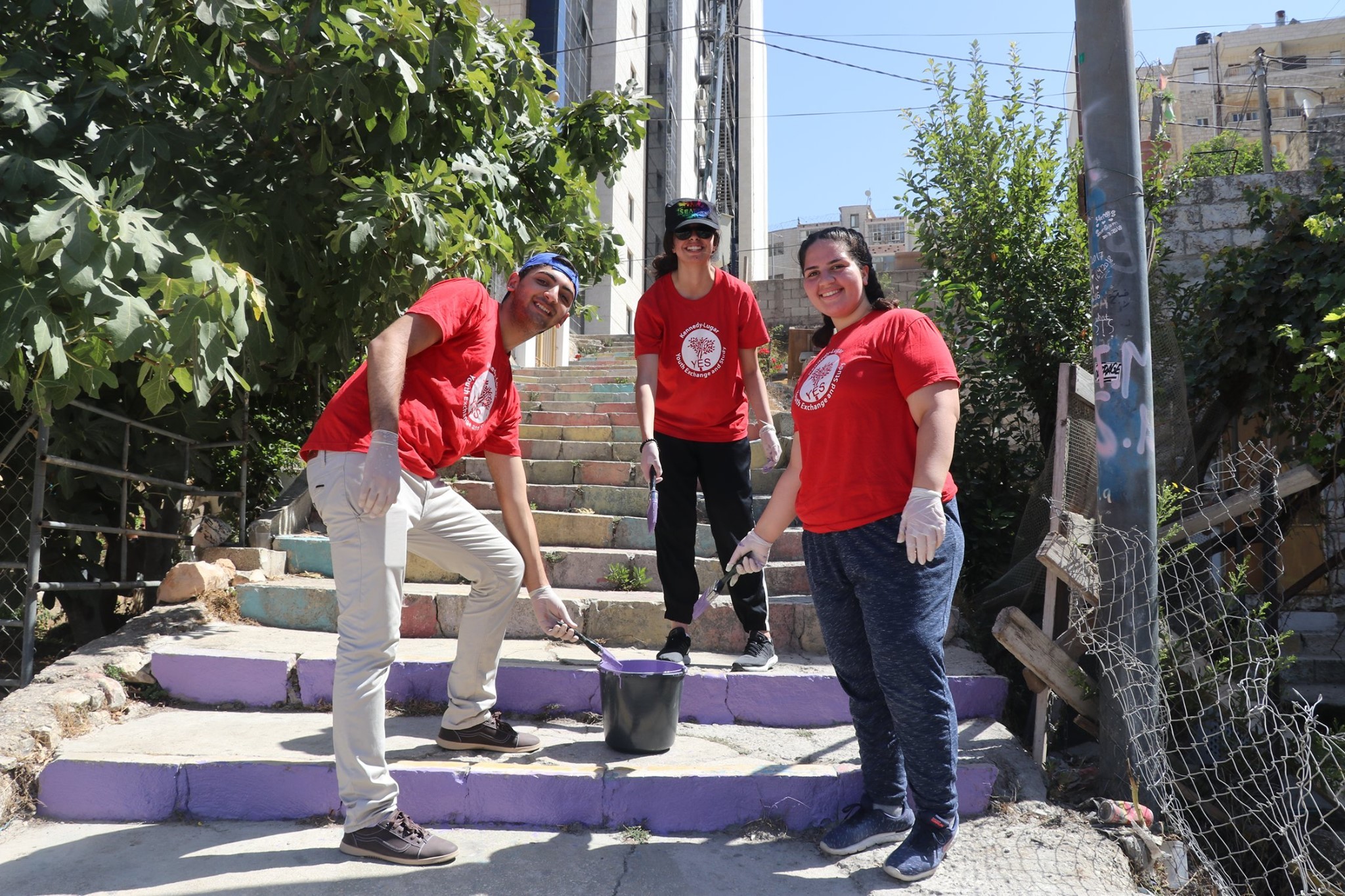 It took the alumni six hours to finish painting all the stairs. Throughout the day, many people stopped their cars to take pictures and thank the alumni for their efforts. Mohammed AlKhatib (YES '06) shared,

"I have to say, painting the stairs was a great project especially in terms of the outcomes. It brought it back to life in a way. People were taking pictures of it and with it since the morning." 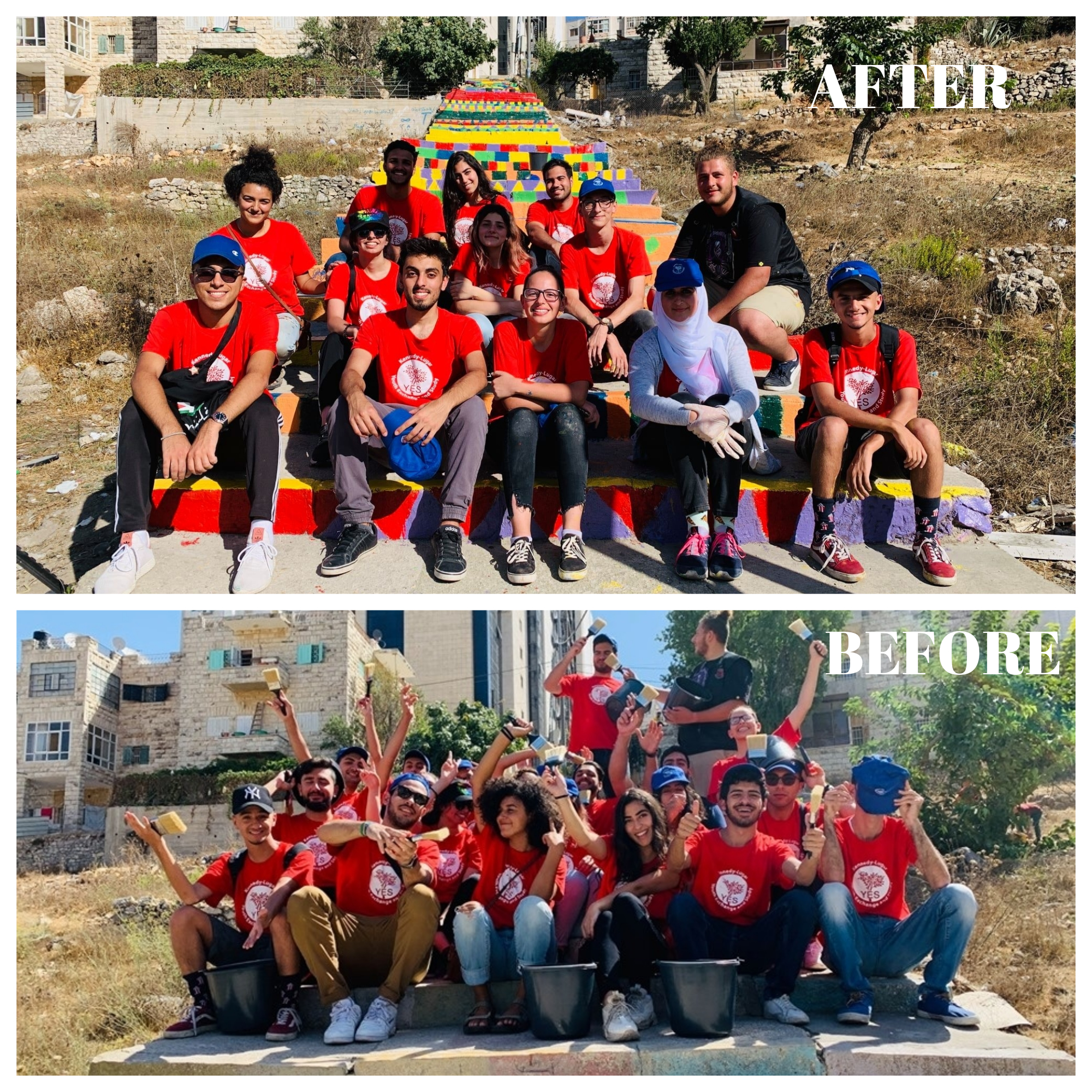