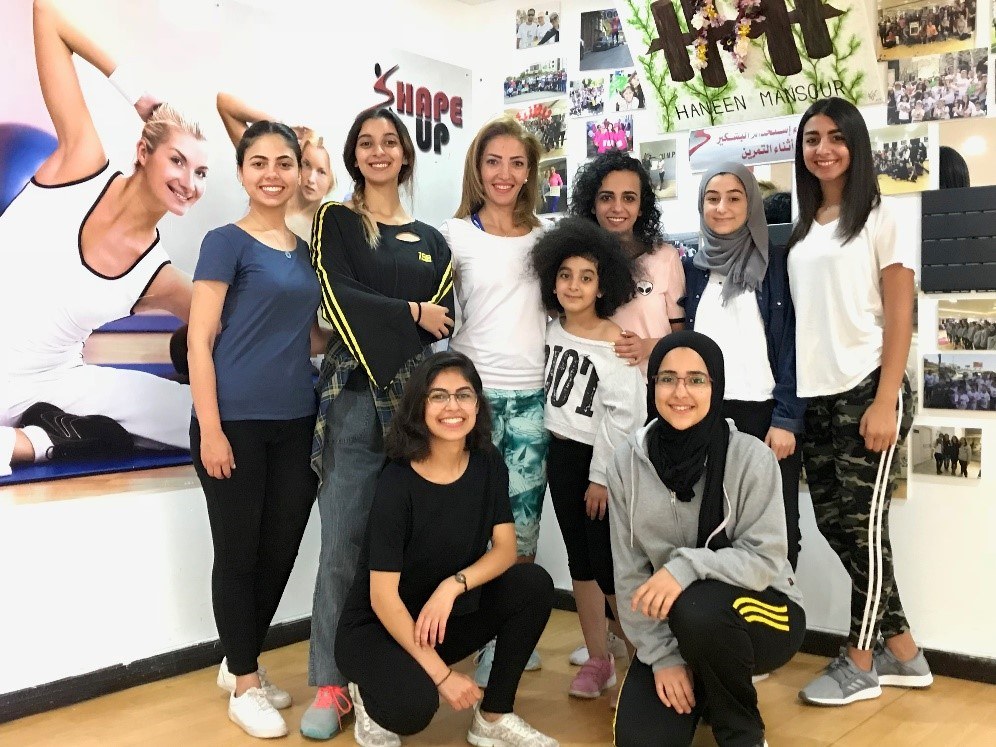 My name is Ahmad Ladadweh, and I am a 2018 marketing graduate of Birzeit University. In 2011, I was selected to participate in the YES program, where I studied for an academic year at Mount Anthony Union High School and lived for 10 months with an American host family in Shaftsbury, Vermont. Living abroad helped me gain a more profound perspective on life and redefined my idea of success and belonging. My world and connections grew fast and extended beyond just one country, language, or culture, which fed my sense of responsibility to make this world a better place for all, starting with my own community. 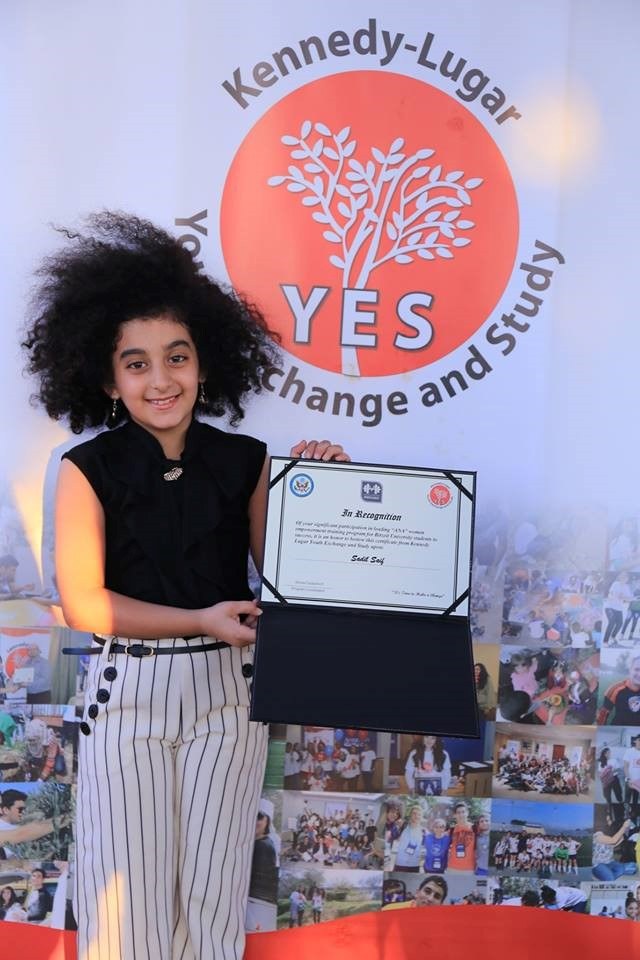 In college, a female friend of mine, who was known for her confidence and strength, was subjected to  sexual harassment. I was surprised at first, but began noticing the persistent issue of harassment in public spaces and started paying more attention to the stories of female work colleagues, classmates, and friends. It was mostly verbal harassment, sometimes extending to physical harassment, like trying to touch a female’s hand while walking in a crowd. But sometimes it was definitely worse. Even though my culture stands against such acts, women are increasingly becoming victims of rape and sexual harassment. I decided that one way to fight this was to provide women with self-defense techniques and education about gender and women’s empowerment. This is how I started ANA.

Funded by a YES Alumni Grant, ANA is an initiative that engaged 16 female students from Birzeit University from April to September 2018 in a series of theoretical workshops focusing on women’s empowerment and leadership as well as a series of self-defense and life skills trainings.

As volunteerism and social work are important in cultivating one's personality and sense of belonging in society, ANA students spent two days during their program volunteering at Hosh Jalseh, a cultural center and art gallery in Birzeit. Students did carpentry and decoration projects to design and establish a study lounge at the center. They also painted old rooms. It is important to note that these are usually seen as manly jobs in which women rarely take part. 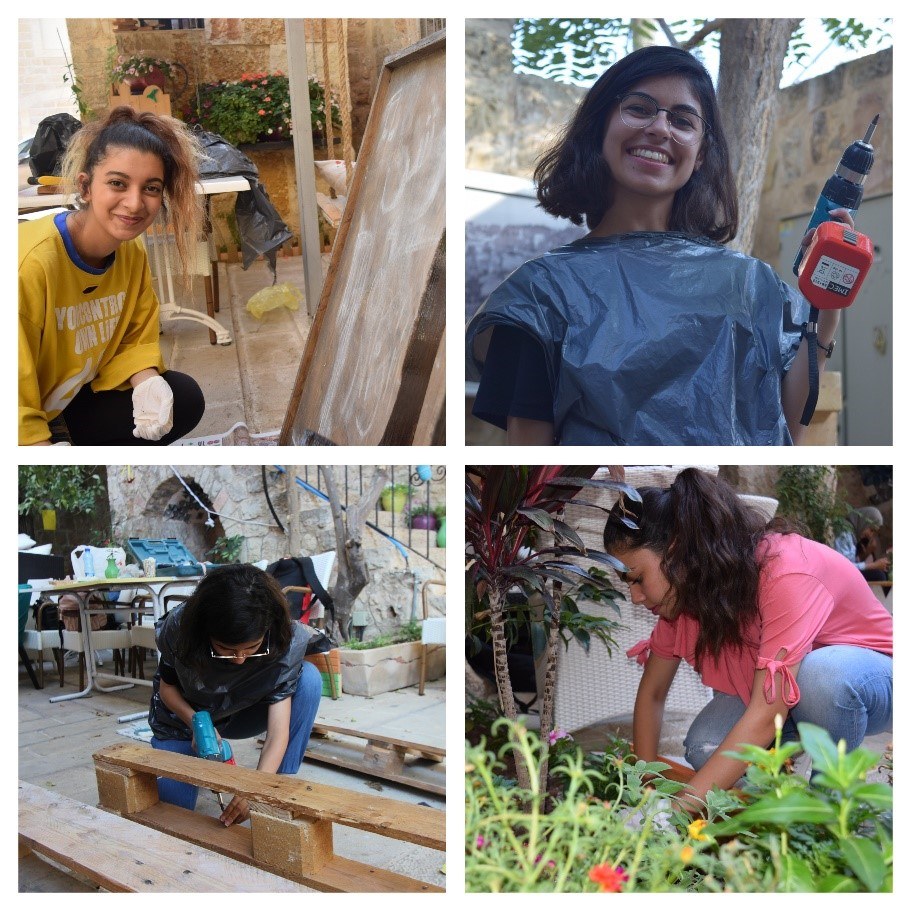 At the program graduation ceremony on September 25 at Burham Village in Ramallah, students pledged their intention to carry this experience over to their university and social circles and to initiate an all-women’s group that conducts and delivers community workshops and activities starting this October. After their experience in this program, the participants have expressed their desire to demonstrate women’s abilities and stress the importance of women’s belonging and presence within Palestinian society.

ANA was widely covered on Palestinian media. National TV and news agencies were highly interested in covering the story. Some local celebrities even offered their sponsorship to the program in the future.

The ANA organizing team proposed a practical and theoretical self-defense course to the administrative board of Birzeit University in an attempt to establish an academic course based on the program. It is important for women to understand and know what unacceptable behavior is in order to be able to fight it. The proposed course would also include lectures on leading an independent life. Independence, especially financial, is crucial. When it’s acquired, women can fight all sorts of violence, including domestic violence. 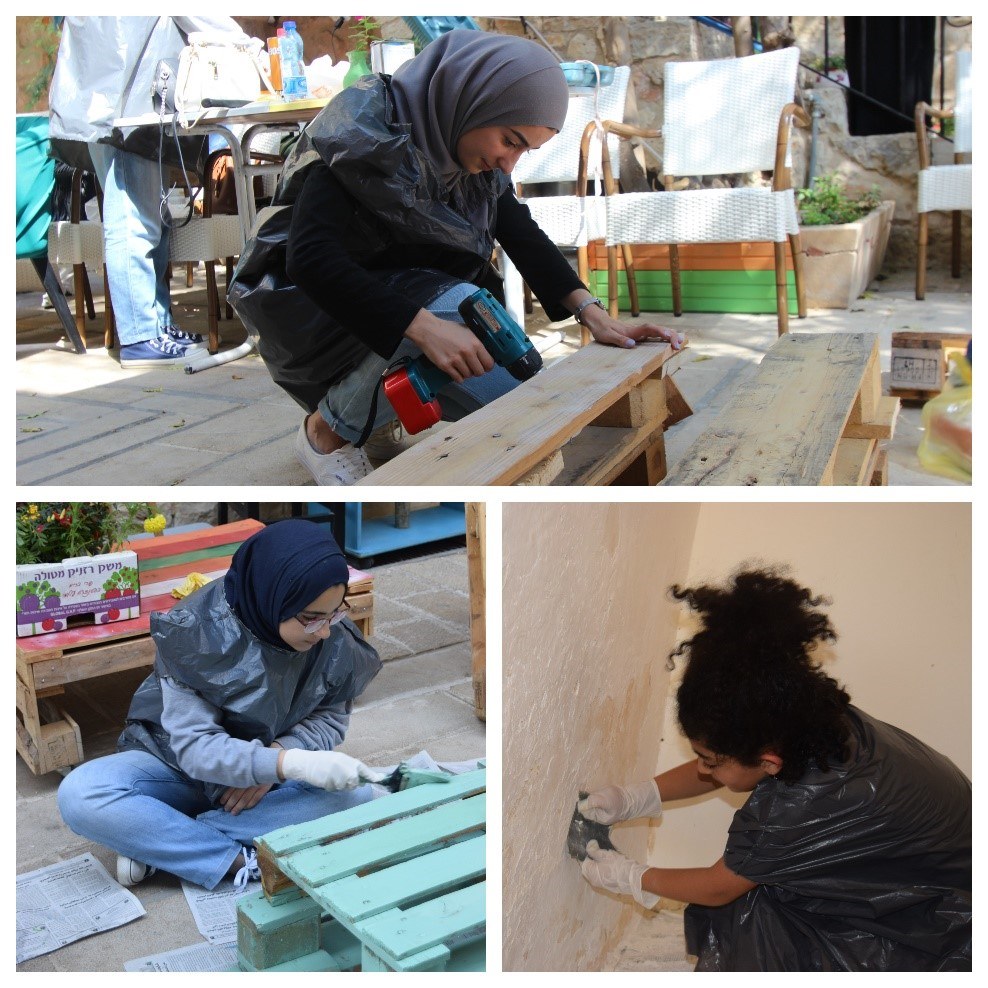 When I first started ANA, I wanted to change the beneficiaries lives for the better, but soon I noticed that mine was the one being changed. The main purpose of the program was to make the young women stronger; now I’m proud to say these women were never weak in the first place, they just needed an opportunity to show it. ANA started as a four-month training program, but I believe it will become a lifetime initiative carried out by the initial program alumni for all Palestinian women and girls.

Moving forward, ANA will continue as a women’s community service group that will hold community service activities for marginalized people under the title “ANA kaman” which means “Me too.” The name symbolizes the idea that women have responsibilities to the community too, and they will participate in leading this community to a better future.

The participants of ANA showed commitment throughout the program. “I used to have problems with self-confidence. This program made me believe in myself; it made me stronger and ready to change for the better” Hawa, head cashier at one of the biggest coffeeshops in Ramallah said in her final evaluation. Sadil, our youngest participant said: “I didn’t just learn how to empower myself but to empower my sister, mother, and everyone around me.” 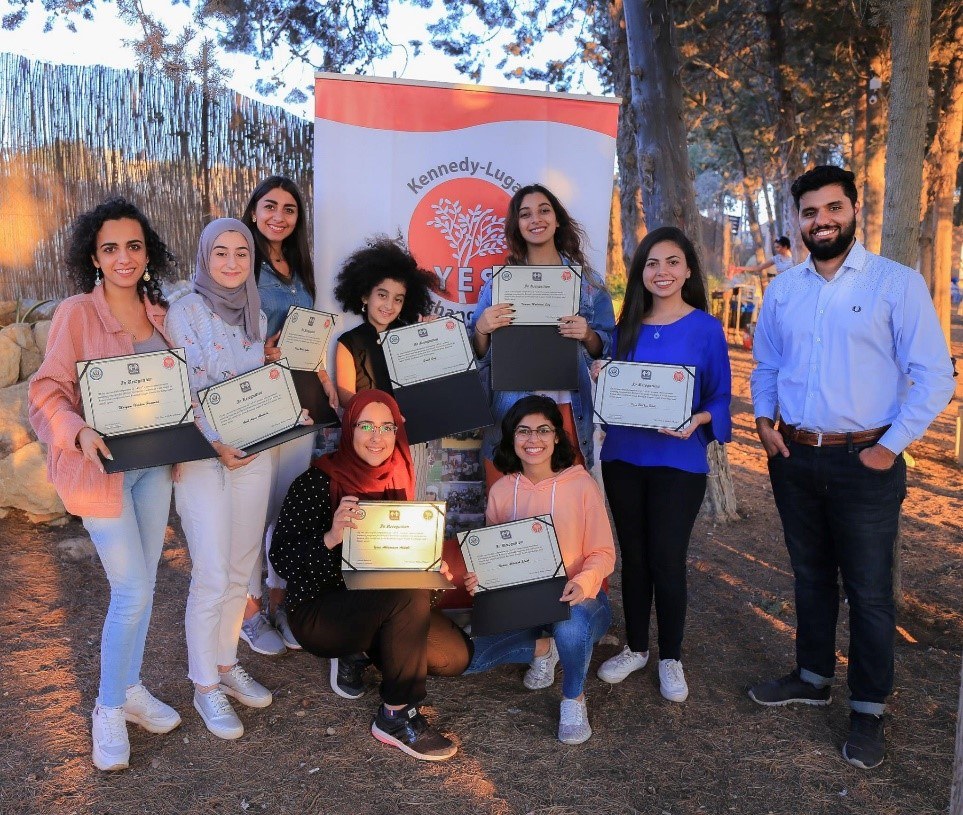 In conclusion, this project would have never been possible without the generous financial and administrative guidance received by the YES program and the U.S. Department of State, Bureau of Educational and Cultural Affairs. Many thanks to our self-defense coach, Haneen Mansour, and Yasmin Al-azraq and Zeina Fakher, who helped to lead the theoretical sessions in the first and third phases.

“As the founder of this program, my personal gratitude will always be to the YES experience that opened my mind to the world and motivated me to change my community to the better. Thanks to every single participant of ANA program, for everyone who inspired me to start all of this, and for every individual working for a better future for Palestinians and for the whole world. ” – Ahmad Ladadwa