Project Water Is Life: A Clean Water For All Initiative 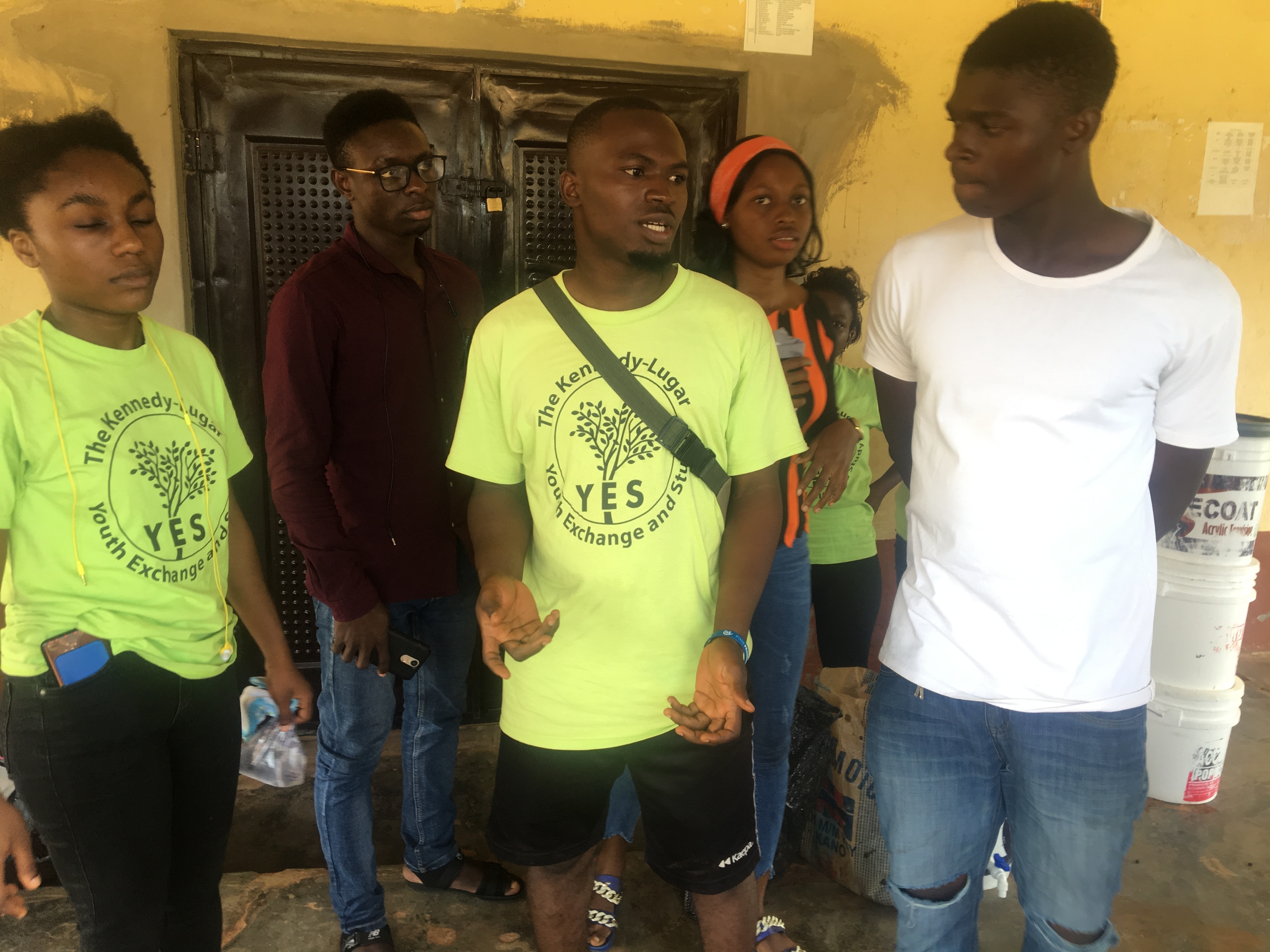 When I went to university, I studied accounting knowing that all I wanted to do with my life is to work in the social welfare sector and run my own charity to help people. I am particularly passionate about: the child rights act and mental well-being, gender based violence and clean water for all. When I am able to start getting funds to power up my charity, I would love to focus on these three issues for the rest of my life. But this past October, some other YES alumni and I visited the zone C part of our state to begin Project Water is Life (WIL).

The system in this project is called the bio sand water filter. The one I used for this project involves a plastic filter which had three plastic containers all connected to each other. In the first filter bucket, you pour drainage gravel, then add separation gravel and sand, and lastly you add coal on the sand and pour gravel again. This whole process stops particles from passing through and forms a bio film that helps purify water just like it happens in the ground.

We planned to do our project in Ohimini but we found out that the project would be of more value in Otukpo. We have worked in Otukpo before and it is one of the places that prompted me into trying out this project. Once it was officially decided, I ran all the logistics on my own. From a friend we were able to discover Upu community. As usual, I set up  an arrangement with Idah Zarak who is a friend and an entrepreneur in order to help set up everything for us before we arrived the following day to make it easier on the team. Unfortunately, the morning started off bad with our driver arriving to pick us up an hour and fifteen minutes late, but we arrived at 1:06PM. Idah left his shop to take us to the community where his elder brother was putting things into order for us.

We started immediately once everyone was gathered as time was against us and they had a traditional marriage festival going on that day at 4:00PM. Tijime Peter spoke at length on gender based violence, which was a very interactive session and the people were interested and a lot of questions were asked. Esther Ijamu also talked about breast cancer since it was breast cancer awareness month. We started the water purification talk a little bit before 3:00PM. I spoke to them about water hygiene, the side effects of bad water, and the importance of purified and clean water for their health. After I was done, Ana Akaange went on to describe the purification system and also set it up along side Dooter. While waiting for the system to purify, the participants were asked various questions about the purification system. After the Q/A session, the participants asked to leave and prepare for the wedding but we left the system and all materials at the church where we told them to come back and check for results.

Overall it was a wonderful and interactive meeting. It came as a relief because we all spent a lot of time and energy waiting for the government to come to our aid while we were treating diseases that are water borne. Just like we lack water here, we lack hospital or care facilities as well so it was great knowing that people can clean the water that is available to them and reduce the amount of illnesses that can be caused by the water they used before. Water is basically life so people do not have the choice to not drink or use what is available to them. Now they have a way out on their own which is exciting.

I really want to continue on this project in the future. When I finally raise enough funds, I will work with an engineer and modernize the system more so I can carry out the project in schools and in more localities and states. I will train people to be able to construct the systems and we will work together to produce and sell them at a reasonable price. I also hope to build a minimum profit where the proceeds from the project will be used to fund going to more communities with our purification systems. 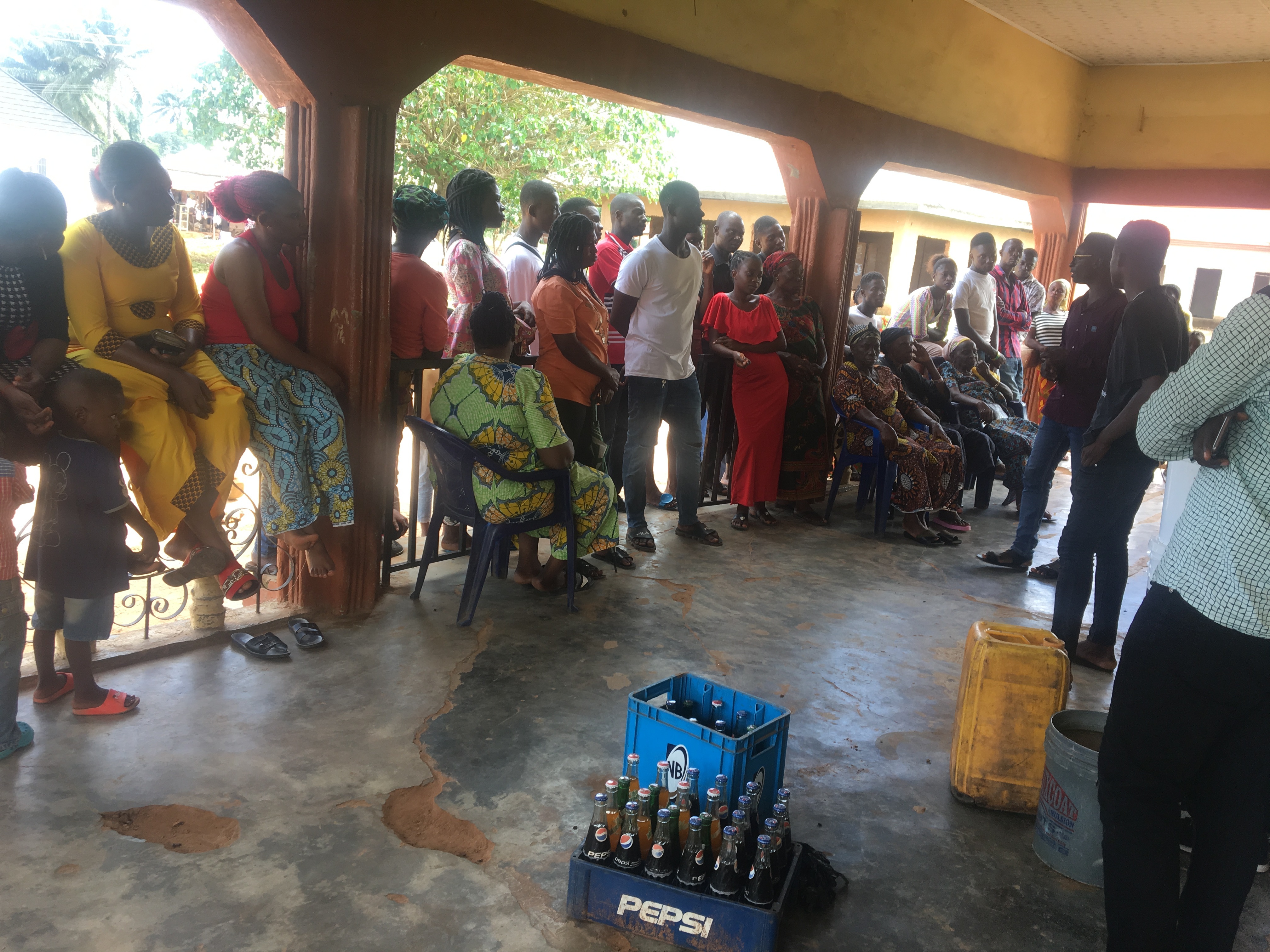