Projects for All Grant: Emergency Preparedness for Students with Disabilities 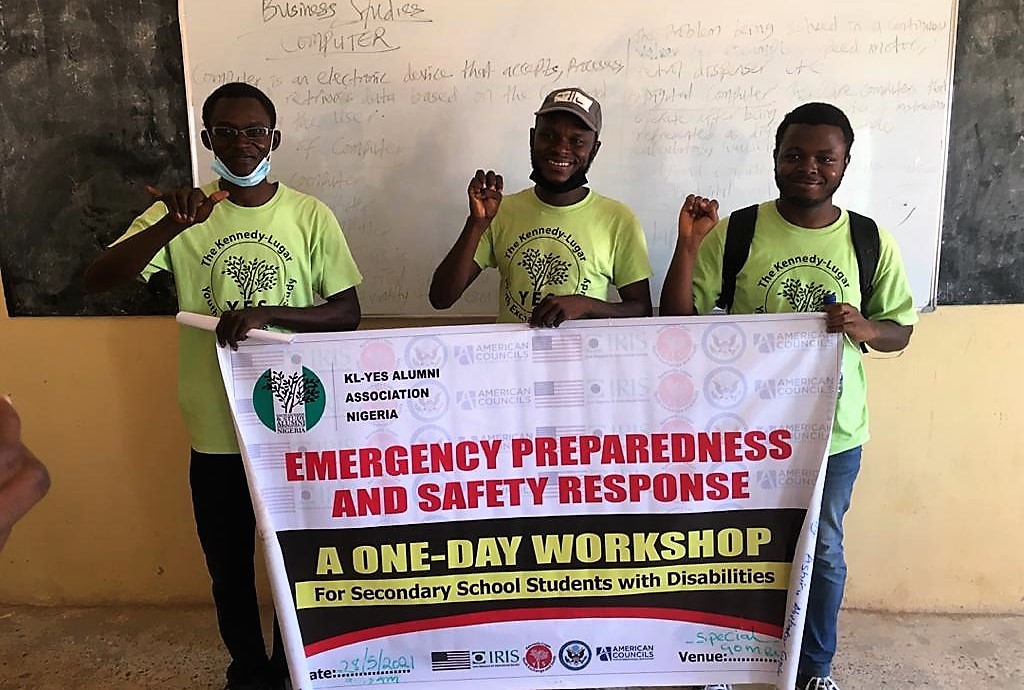 As a YES alumnus, giving back to my community is one of the most exciting things that I do. There is nothing that makes me happier than seeing people benefit from projects I have been a part of. I am Ashiru Abubakar, leader of the Northeast Association of the Deaf Youth in Nigeria. During my exchange year in the U.S., I attended the Illinois School for the Deaf (ISD) in Jacksonville, Illinois. The school was founded in 1839, making it one of the oldest schools for the Deaf in the United States. My host dad, Dennis, was an instructor at the school. Jacksonville is rich in Deaf culture. At nearly all of the places that I visited, I had full access to communication due to the availability of Sign Language. My host mom, Pam, is a college teacher. She teaches public speaking at Lincoln Land Community College, and she helped me learn to speak openly with courage.

As a YES student at ISD, I joined various activities, such as student government, Leo Club, and sports. I was selected to serve as the Secretary-General for the Leo club, where I became a champion for volunteer service and achieved more than 200 hours of volunteer service during the academic year. Volunteer service has become one of my passions since returning to Nigeria. 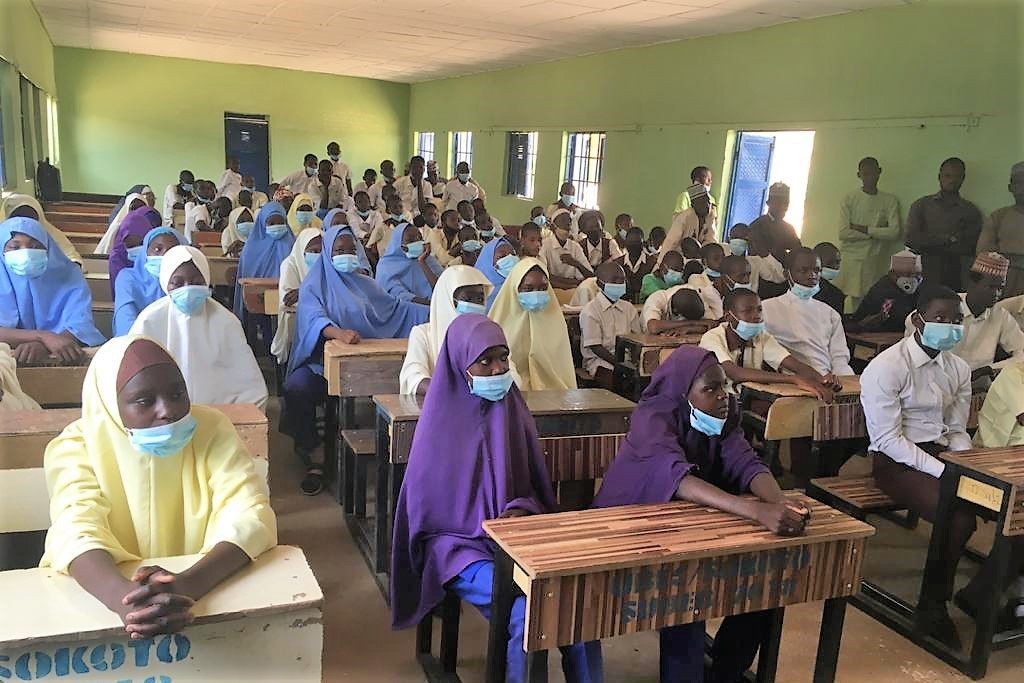 During my National Youth Service Corps year, a program of required national service for graduates in Nigeria, I was posted at the National Emergency Management Agency (NEMA) headquarters in Abuja. It was there that I learned about emergency preparedness, disaster response, and risk management. Prior to that, I had some experience in emergency response and risk management from my exchange year as we had quarterly emergency preparedness and response practice. I was amazed at how empowered ISD students were with this knowledge.

Inspired by my experience at ISD and NEMA, I led a team of five alumni with disabilities, including Nehemiah Danjuma (YES 2015-2016, Nigeria), Abdusalam Abubakar (YES 2004-2005, Nigeria), Garba Munkailu YES (2008-2009, Nigeria), and Shamsudden Suleiman (YES 2017-2018, Nigeria), along with Caroline Wambui (YES 2011-2012, Kenya), to conduct a project funded by a Projects for All Grant to prepare secondary school students with disabilities in the basics of emergency preparedness. 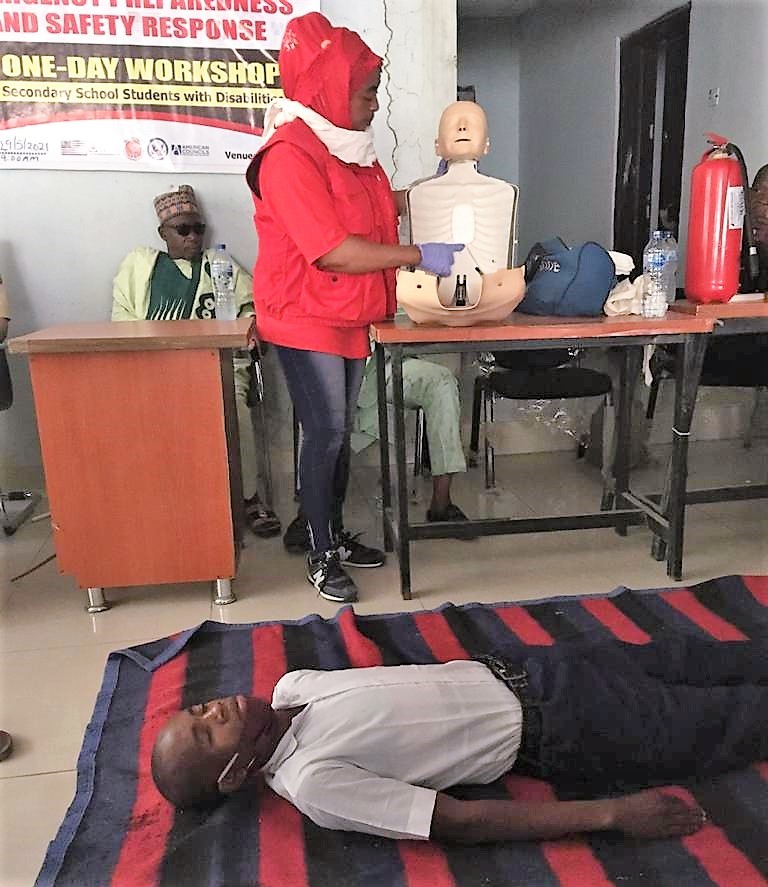 The project consisted of five one-day workshops, with the aim of empowering 600 students with disabilities from three zones in northern Nigerian with knowledge on how to respond in emergency situations. Students learned emergency, disaster, and risk management skills for daily life. The project also aimed to promote inclusivity and build ties between persons with disabilities (PWDs), their communities, and government agencies.

Experienced trainers assisted from the Nigerian Red Cross Society, the Federal Fire Service, the Federal Road Safety Corps, and the State Emergency Management Agency. From March to June 2021, we held workshops at the Kaduna State Special Education School, A.A Raji Special School in Sokoto, Special Education Centre Gombe, Hassan Usman Katsina Unity College in Bauchi, and Kwara State School of Special Needs. Through these workshops, we successfully trained 700 students with disabilities, between the ages of 11 and 20, surpassing our aim of 600 students as initially planned.

Participants practiced controlling fire through a demonstration by Fire Service officials and learned to perform CPR and administer first aid from the Nigerian Red Cross Society. The participants were also educated on the appropriate channels or authorities to contact in an emergency. By the end of the workshops, there were plans to partner with relevant stakeholders to develop informational pamphlets in different languages, including Sign Language, Braille, Hausa, Igbo, and Yoruba, to create awareness among more people about emergency response and safety measures. 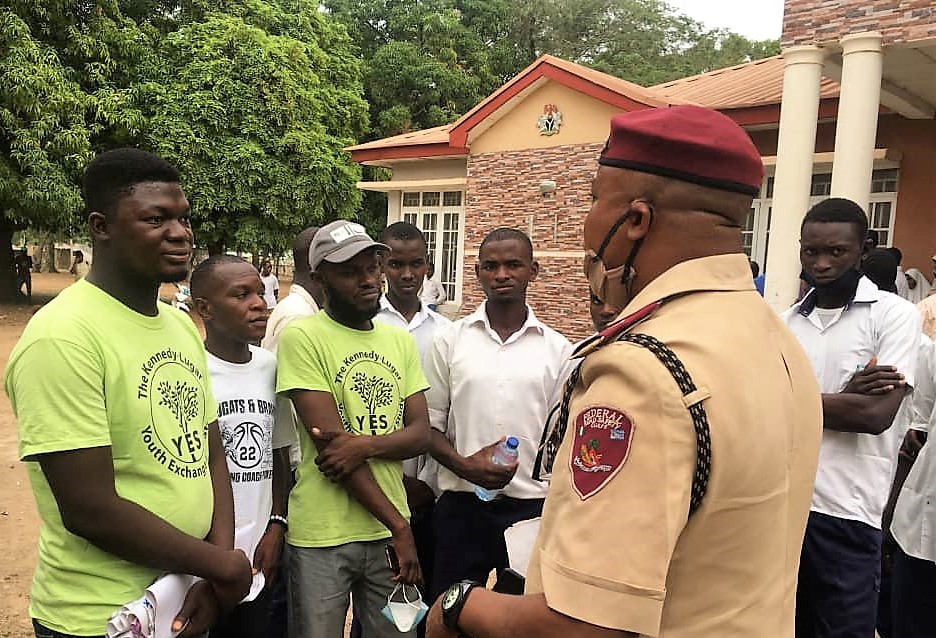 The indirect impact of this project is estimated to be in the thousands as participants were tasked to pass on the knowledge that they acquired to family and friends. We hope to expand this project to all 36 states in Nigeria, and we are receiving requests from many disability communities across Nigeria. The trainers from the various agencies had a positive response to the project and are ready to sustain the partnership by continuing to train students with disabilities. Officials at the schools we worked with signed an agreement to create emergency response clubs, which will serve as a platform to sustain these skills and continue to practice.

We, the YES alumni with disabilities in Nigeria and the entire KL-YES Alumni Association of Nigeria (KL-YAAN), give a big “thank you” to the YES program and its funder, the U.S. Department of State, Bureau of Educational and Cultural Affairs, for giving us the opportunity to become community changemakers. Special thanks to Iowa Resource for International Service (IRIS) and American Councils for International Education for all the immense support. We sincerely thank the leaders of the Associations for the Deaf in the states in which we worked, the Joint National Association for Persons with Disabilities, the staff of the schools for PWDs, and the Sign Language interpreters — without all the support and cooperation, this project would not have succeeded.