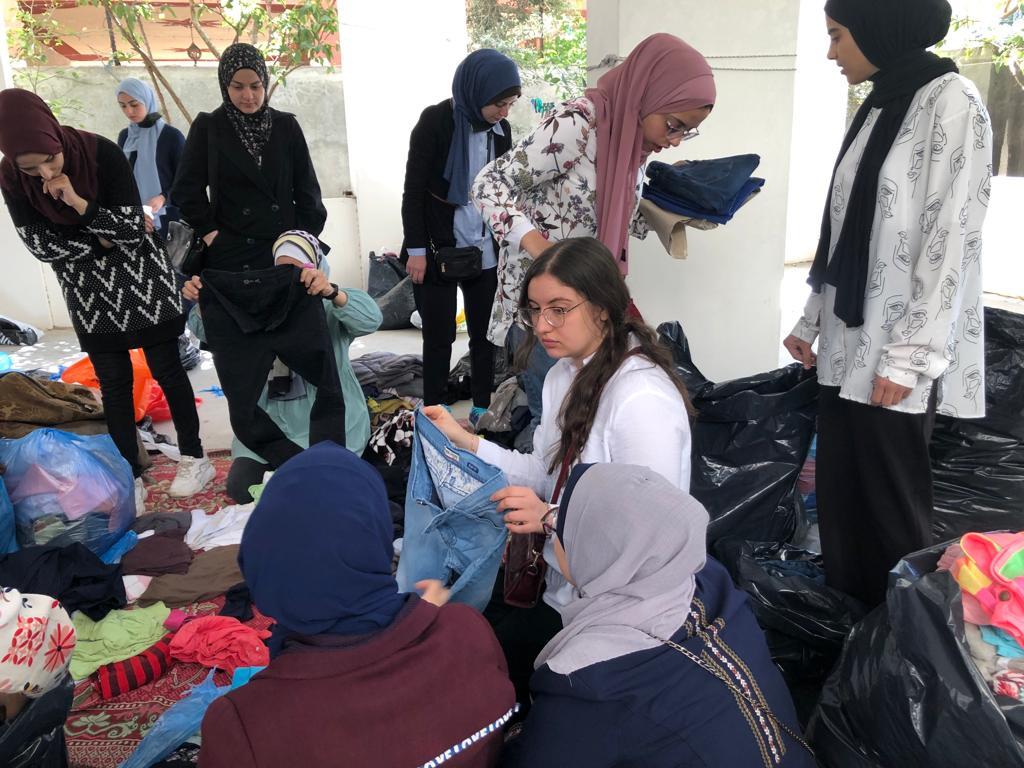 Ramadan is the Muslim holy month known around the world for fasting. But there's more to it! Ramadan is also a time when observers give back to their communities, and YES alumni in Gaza made this apparent in 2022.

Throughout April, during Ramadan, five Gazan YES alumni volunteered with a local organization called the Al Ihsan Initiative in a variety of activities. Al Ihsan is a group of youth focused on serving families in need, including collecting donations of food and clothing to distribute to underserved families. 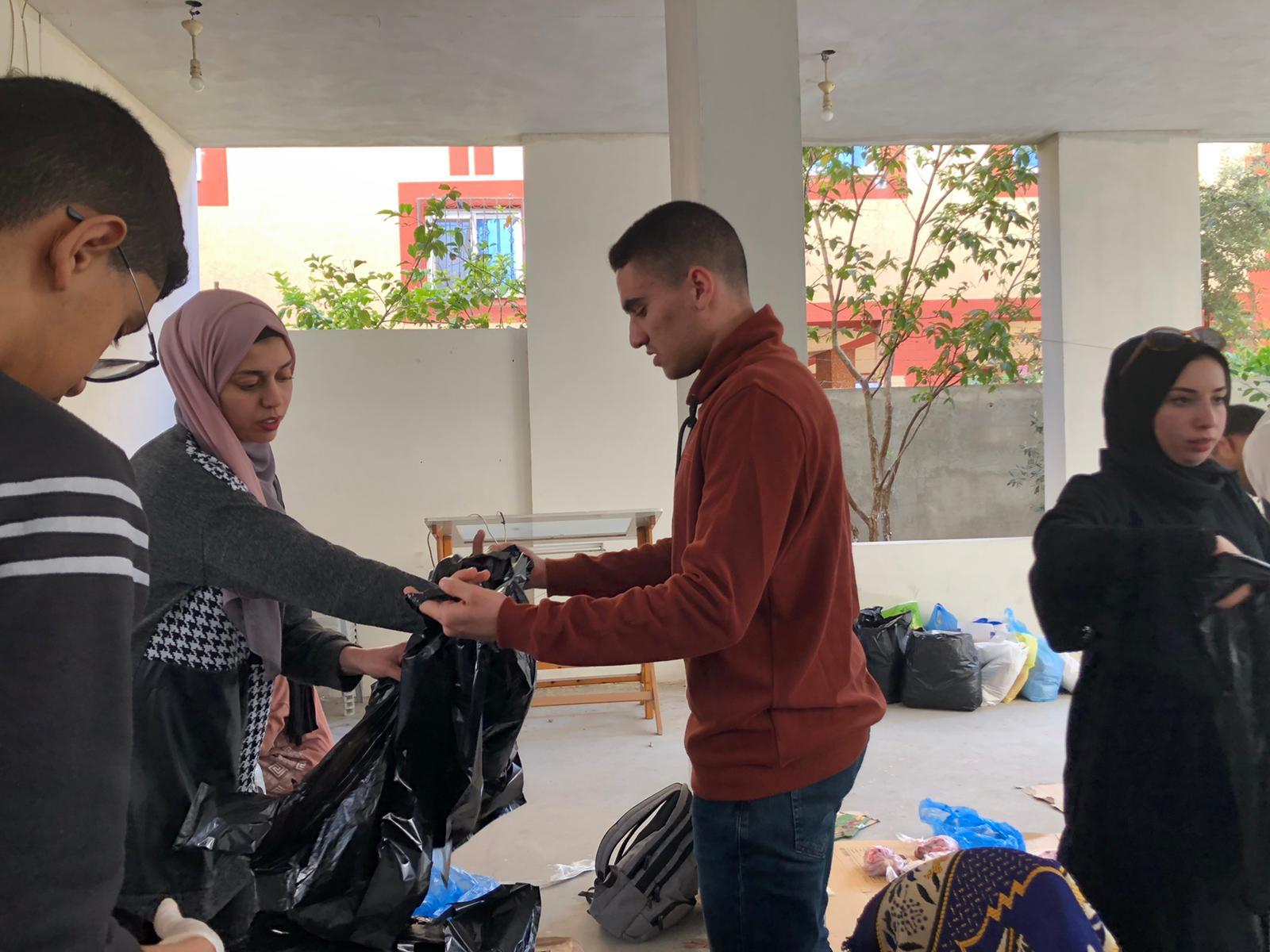 On April 15, Heba Mourtaga, Mohammed Abu Ajwa, and Sarah Almzainy volunteered with Al Ihsan by preparing food packages for families to break their fast, a meal called iftar. Then on April 21, Sarah and Heba volunteered again by sorting and packaging clothes to provide to underserved families for the final celebration at the end of Ramadan, Eid al Fitr. YES alumni Abdulla Albohesi and Majd Alafrange also participated by donating clothes to the campaign.

Gazan YES alumni participation contributed to the overall success of these special Ramadan campaigns. Plus, Heba explains, “It feels great contributing to the community and volunteering for a good cause.”

Ramadan Mubarak to all those celebrating this year!