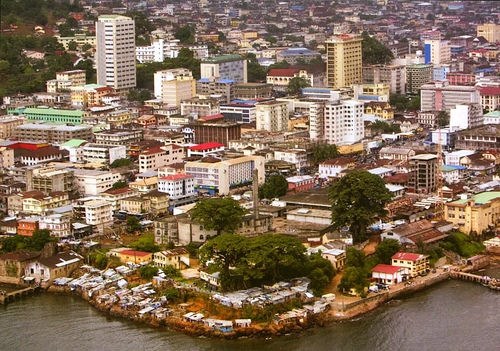 I am Fanta Kondeh from Sierra Leone, a country in West Africa. I was recruited by iEARN Sierra Leone and attended the YES program during the 2013-2014 academic year. The YES program gave me the opportunity to attend Parkway South High School and live with the Mueller family in St. Louis, Missouri. Through the YES program, I was able to meet and share my culture with Americans, and at the same time learn about the American culture in my host community. I also realized the importance of religious tolerance and learned to fully embrace cultural diversity while on program. Most importantly, the YES program connected me to the world and taught me how to become a good leader and how to make a difference in my community. Upon returning to Sierra Leone, I decided to use my new leadership skills to enact positive change. I created a project, Restoring Lost Opportunities for Children, to address the educational needs of low-income children who live on the streets of Lumbebu, a district of Kenema City.

The Lubembu community in Kenema City is a poor area where people live in sub-human standards. Poverty is pervasive among the inhabitants and, on average, the majority of its residents live on less than one dollar a day. Within the context of this generalized poverty, the majority of the parents require their children to assist their households by selling various goods on the streets instead of going to school. Thus often, at an early age, these children are exposed to drugs, crime, and street violence. These children are vulnerable and miss out on their childhood because they are working to support their families. I saw the future of these children as bleak and insecure because they are not acquiring any form of schooling or vocation. I felt a great compassion for these vulnerable children and thought of undertaking a social campaign with the hope to change the mindset of parents and create awareness to encourage them to send their children to school instead of to the streets.

After applying for and receiving a YES alumni grant from the U.S. Department of State's Bureau of Educational and Cultural Affairs, I was able to begin the project. The target population includes children ages 5 to 10 years old who sell goods in the streets of the Lumbebu district. These are children of parents living in extreme poverty, and my project aimed to restore their lost opportunities by giving them access to education.

In order to reach a wide audience of parents, I spoke on community radio stations about children’s rights and the benefits of children going to school. The radio stations received over 300 phone calls from people asking questions about my project or wishing to provide comments. Since radio is the most popular media in my community, the radio discussion and phone-in programs led to a public discussion with an estimated audience size of 25,000 community members. In addition, I conducted home visits to some children’s homes to provide further educational counseling.

Following my social campaign, I provided assistance for a total of 50 kids who had been selling goods on the street to enroll in school. One mother remarked, “I am happy now that my child is in school, I believe my child’s dream of becoming a doctor has just started coming to light.” After attending school, some of the new pupils commented that they now have friends to play with and that they are doing something that will improve the quality of their lives.

The public discussion ignited by the radio and phone-in-program created awareness among a large group of people in the Lumbebu community on the importance of childhood education. I hope that community members will continue to take their children from the street and enroll them in the school system. I will work with my team to continue to follow up on both the children admitted in schools and those in the street to ensure that they are permanently removed from the street.

Working on this project has been a wonderful experience, especially because I have been able to see its impact on the lives of both the children and the parents of Lumbebu. Over the course of implementing this project, I saw that parents were willing and wanted to send their children to school, but unfortunately they lacked the means to do so. Therefore, I am thankful for the financial contribution from the YES Alumni Grant Program so that I could make this project happen.

I thank God Almighty for helping me through this project. He has been my main source of knowledge and grace to complete this project without hindrance. I would like to take this opportunity to thank the Bureau of Educational and Cultural Affairs at the U.S. Department of State, which sponsors the Kennedy-Lugar Youth Exchange and Study (YES) Program. I would also like to thank my placement organization, AFS-USA, Mobility International USA (MIUSA), my recruitment organization International Education and Resource Network (iEARN) Sierra Leone, and my fellow YES alumni and YES staff who made this project a reality and great success. I wish to thank my family both here and abroad – especially my mother Safiatu Sawaneh; my sisters Haja, Aminata, and Aishatu; my host mom Patricia Mueller; and my AFS Liaison Aunty Sidney Finan – for their never ending support in helping me to complete this project. I must also thank Miss Jane Peters, the YES Program Director, for her encouragement and continuous guidance throughout my project. Special thanks to Haley Kimmet from MIUSA, my AFS friend Theresa from Austria, and my friend Karoline Bernaki from Norway, who always believed in me.

Additionally, thank you to the rest of my teammates and friends both here and abroad. I cannot fail to mention my appreciation for the Chief and Council Members of the Lumbebu community, and of course the parents and youth for giving me their time and the support needed to complete this project together. Finally I must say thanks to my friends, Senesie Conteh, Alieu Moiwa, and Mohamed Sam Kebbie, for their encouragement and support. All those who I cannot mention by name, including friends and families, I whole-heartedly thank you for your support. May God richly bless you.