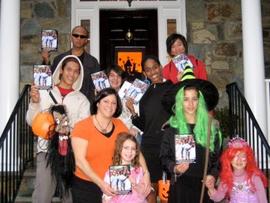 A Journey of Self-Discovery


Omari's YES year is off to a tremendous start in North Carolina.

Projects for All Grant: Deaf and Hearing Youth Empowerment Project


Deaf and hearing youth were empowered through skills training in Liberia.