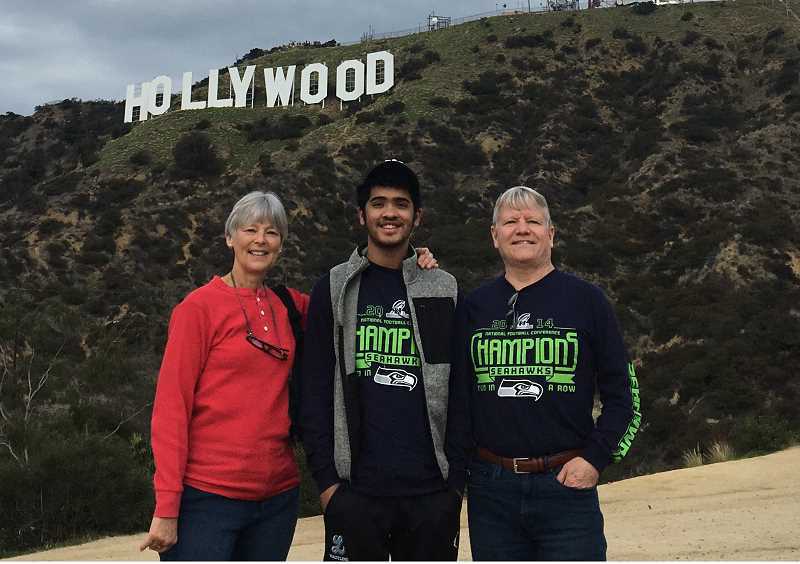 This article was originally published in the Lake Oswego Review. Hashim Sultan (YES 2019-20, Pakistan, hosted by AFS in Lake Oswego, OR)

Oregon is underrated. So says Hashim Sultan, a 16-year-old from Lahore, Pakistan. One day last year Sultan found a pamphlet for an exchange program that would send him somewhere in the United States, and he and his friends all decided to apply. Sultan was the only one of his group that got accepted.

When he first learned where in the U.S. he was being placed he said, "What's Oregon?" Now, five months into his exchange, he's grown to like the state. Sultan especially likes the volume of trees and friendly people, though the constant rain is still taking some getting used to. "There was rain in Lahore but here it's like raining every day," Sultan said.

The Kennedy-Lugar Youth Exchange and Study (YES) program is sponsored by the U.S. Department of State's Bureau of Educational and Cultural Affairs and is administered by a variety of exchange organizations. The program was established by Congress in 2002, as a response to the events of Sept.11, 2001. The program is designed to provide an opportunity for students from the U.S. and countries with significant Muslim populations to build healthy relations.

Sultan was one of 77 students from Pakistan to be accepted into YES for the 2019-2020 school year. He's been spending the school year at Lakeridge High School.

The rainy climate is definitely not the only difference Sultan's encountered. He navigates a myriad of cultural differences every day while living in Lake Oswego. Even something as seemingly inconsequential as eye contact can hold different meanings for different cultures.

Existing on different social media platforms is new for Sultan as well. "I would say there's more social media influence here compared to Pakistan," Sultan said. He said back home, most people his age are on Facebook, whereas it's a platform for older demographics here.

Newer social media platforms like the video-sharing app TikTok aren't as popular in Pakistan. "People here do more TikToks compared to Pakistan ...They kind of make fun of people who make TikTok back home because it's so embarrassing," Sultan said.

He said food is sweeter here — not just the food you'd expect to be sugary, but foods like pears and corn as well. He's been able to make Pakistani food a few times with his host parent, Marilyn Beyer, which gives him a little taste of home. Still, he said, he really enjoys being in the U.S. and already plans to come back to visit in the future. "I think it'll be a reverse culture shock," he said of going back to Pakistan. 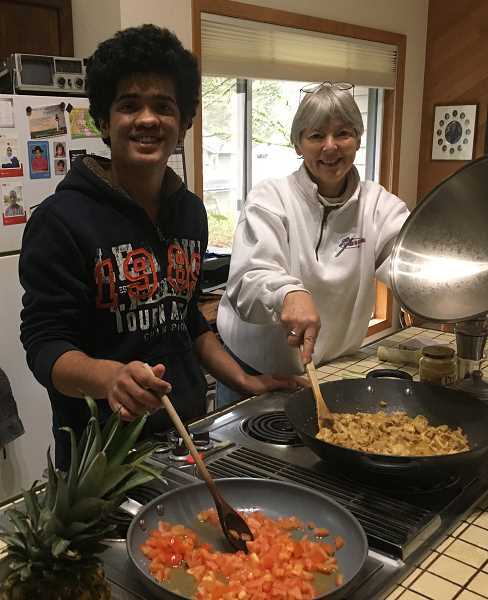 Marilyn Beyer, his host parent, said the experience has been positive for her as well. "We have done a lot of things that I wouldn't have done otherwise. I had never been to a wrestling tournament. That was something new and different," Beyer said. "When we went to California for Christmas, I wouldn't have driven back through the Redwoods ... and there're just lots of things that I wouldn't bother doing (or) make time for, except that I want him to experience all these things."

"I appreciate that he's so open to doing so many new things," Beyer said.

Some of his new experiences included visiting Colorado, horseback riding, going through a carwash and joining the wrestling team. He said in Pakistan they have their own version of wrestling, but he was excited to try American wrestling.

This spring he's excited to enjoy the change in weather and visit the Oregon Zoo.

And when he visits the U.S. in the future, he wants to go to the East Coast.

"I am so impressed with these kids that are 15 (to) 18 years old, and they leave the comfort of their family and the familiarity of their family and school and society and culture to come someplace to live with another family for a whole year when everything is so different," Beyer said.

She said the program is always accepting applications for host families.

Sultan said he encourages students from the U.S. to participate in the YES program because although Western culture permeates Middle Eastern countries, the same can't always be said for the reverse. "When like a kid from the U.S. goes to Jordan and other countries, they probably don't have any idea of the cultures," Sultan said. "This year has probably been — it's not a year in a life for me, it's life in a year."