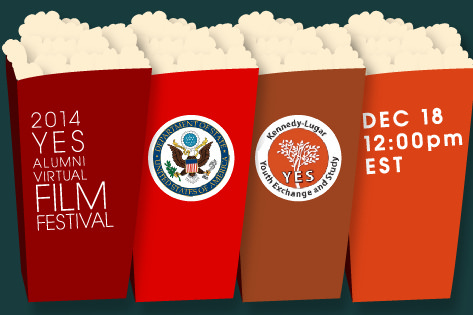 Lights, camera, action! The Second Annual YES Alumni Virtual Film Festival took place on December 18, 2014 at 12PM EST. The event showcased films created by YES alumni that follow the theme, “YES I Can: Stories of Alumni,” and offered a glimpse of what it is like to be a YES alumni in another country. In total, the festival screened ten films, which were created by 18 YES alumni from 12 different countries. As an added bonus, some of the filmmakers attended the event live, and gave a deeper insight into their films and how they were created, as well as answered questions from the audience.

The event drew 40 participants from over eight countries, including Cameroon, Qatar, Suriname, Tunisia, Macedonia, Serbia, and Turkey. A recording of the entire festival has been posted to the YES Vimeo channel, and each individual film that was featured has been add to the YES YouTube Playlist.

The films shown broached a wide range of important topics, from human rights in Bosnia-Herzegovina, to reducing obesity in Qatar. One film, which discussed how a YES student reacted when placed in a nontraditional host family, sparked a meaningful conversation amongst the participants about what being "open minded" means to them. "Being open minded means to accept that there are different opinions, and that it is not a bad thing," was the wise advice of an alumna from Serbia. By the end of the festival, it was clear that the films had inspired their audience. A number of the participants even remarked that they are already excited to see what films will be chosen next year! 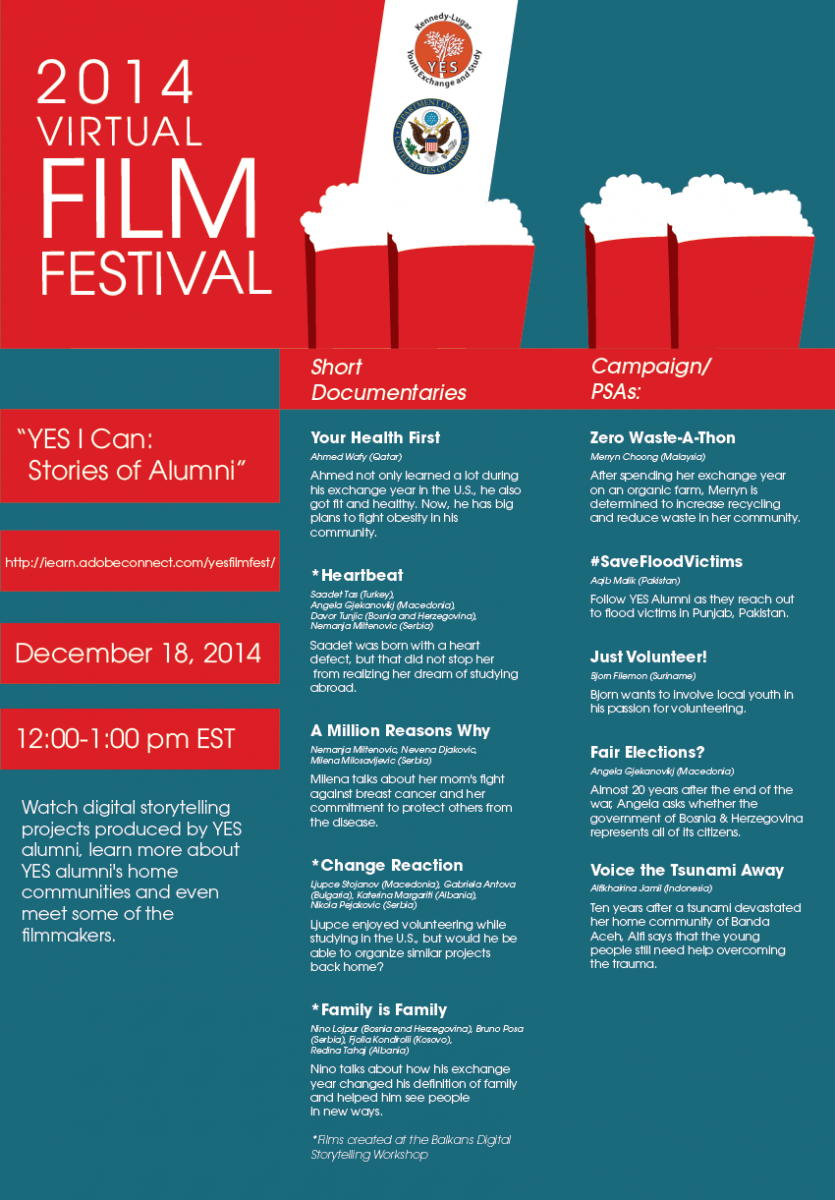