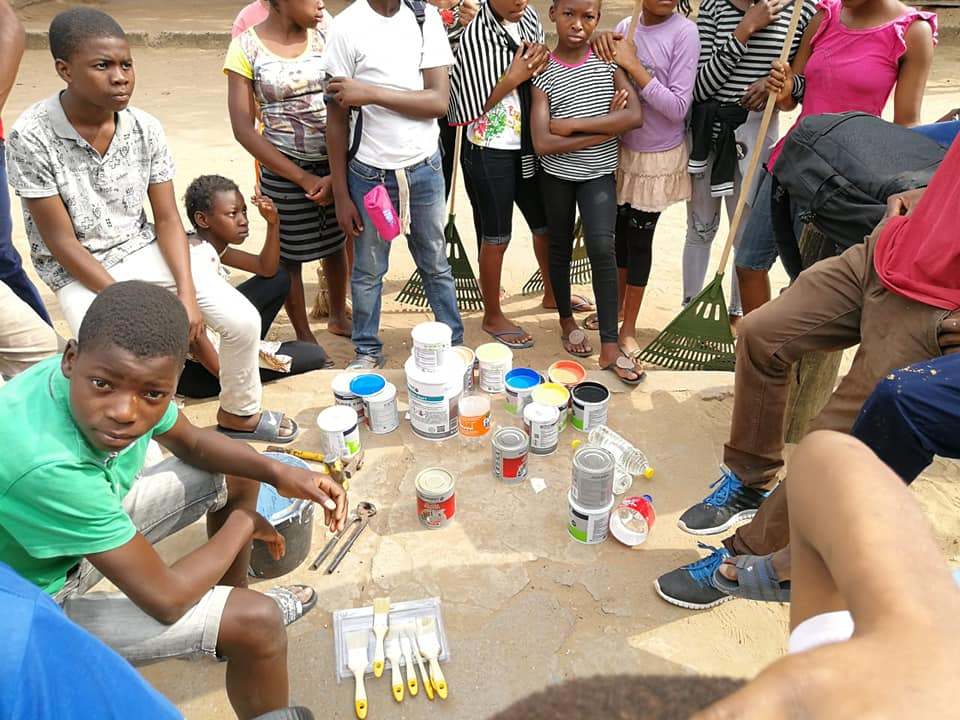 Curious about September’s most impactful, inspiring, and impressive YES alumni projects? Read on!

A Fantastic 15th Anniversary Project: Feeling the Spirit of Volunteerism in Mozambique

To honor the YES program’s spirit of volunteerism and the 15th anniversary, 13 YES Alumni, 8 volunteers, and approximately 80 primary students in Mozambique participated in a clean-up project in Maputo on September 15 and 17 and in Nampula from September 29 to 30. Many public schools in Mozambique have problems with waste management. Trash and debris are often left throughout the schoolyards and classrooms, putting the health and well-being of students at risk. To plan the events, alumni collaborated with district and school Directors of Education. For each activity, the cleanup took place on the first day, and then alumni returned to the schools on the second day to speak to students about recycling and the importance of a clean environment. YES alumni, led by Evanildo Bambamba (YES ’14) and Malik Pravinchandra (YES ’14), implemented the event in Maputo, and Sunisa Casula (YES ’18) and Jonito Ribeiro (YES ’10) led the team in Nampula. 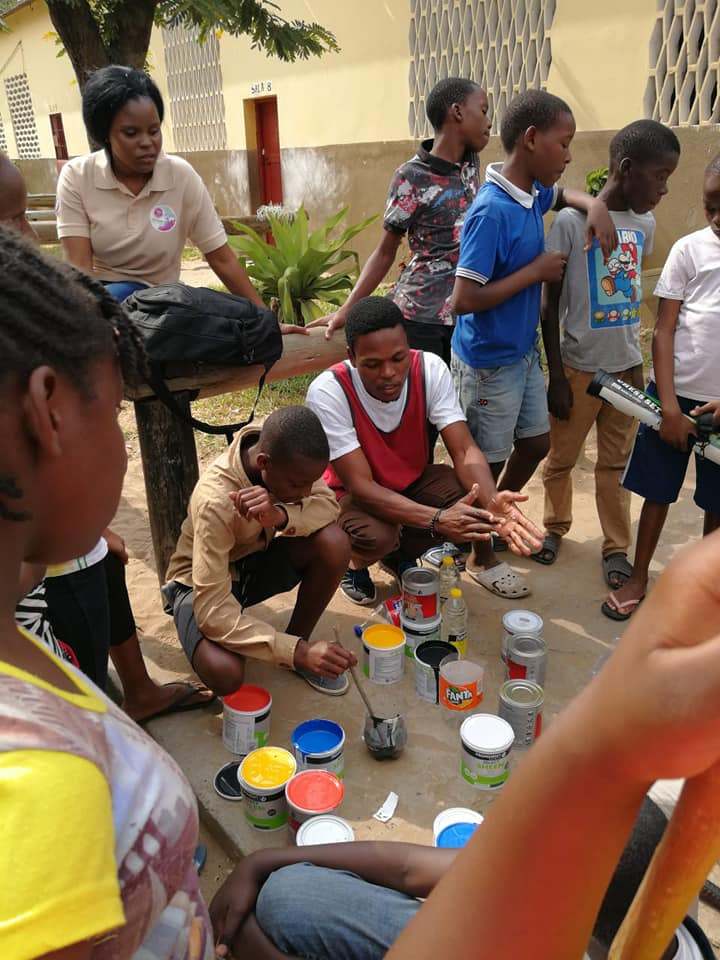 School clean up in Mozambique

From September 20 to 22, Elitsa Stoeva (YES ’17) organized discussions on sexual harassment in Nikolaevo, Silistra, and Sofia, Bulgaria with help from YES ’17: Teodora Demireva  and Venelin Deribeev. Elitsa used a video of alumni reading stories from survivors, which she made with Vyara Nikolva (YES ’18), to spark conversation on topics including the definition of harassment, how to identify it, how to combat it, and what the government’s role should be in discouraging it. Approximately 300 people participated in these discussions, the goal of which was to raise awareness and contribute to preventing future incidents through education. 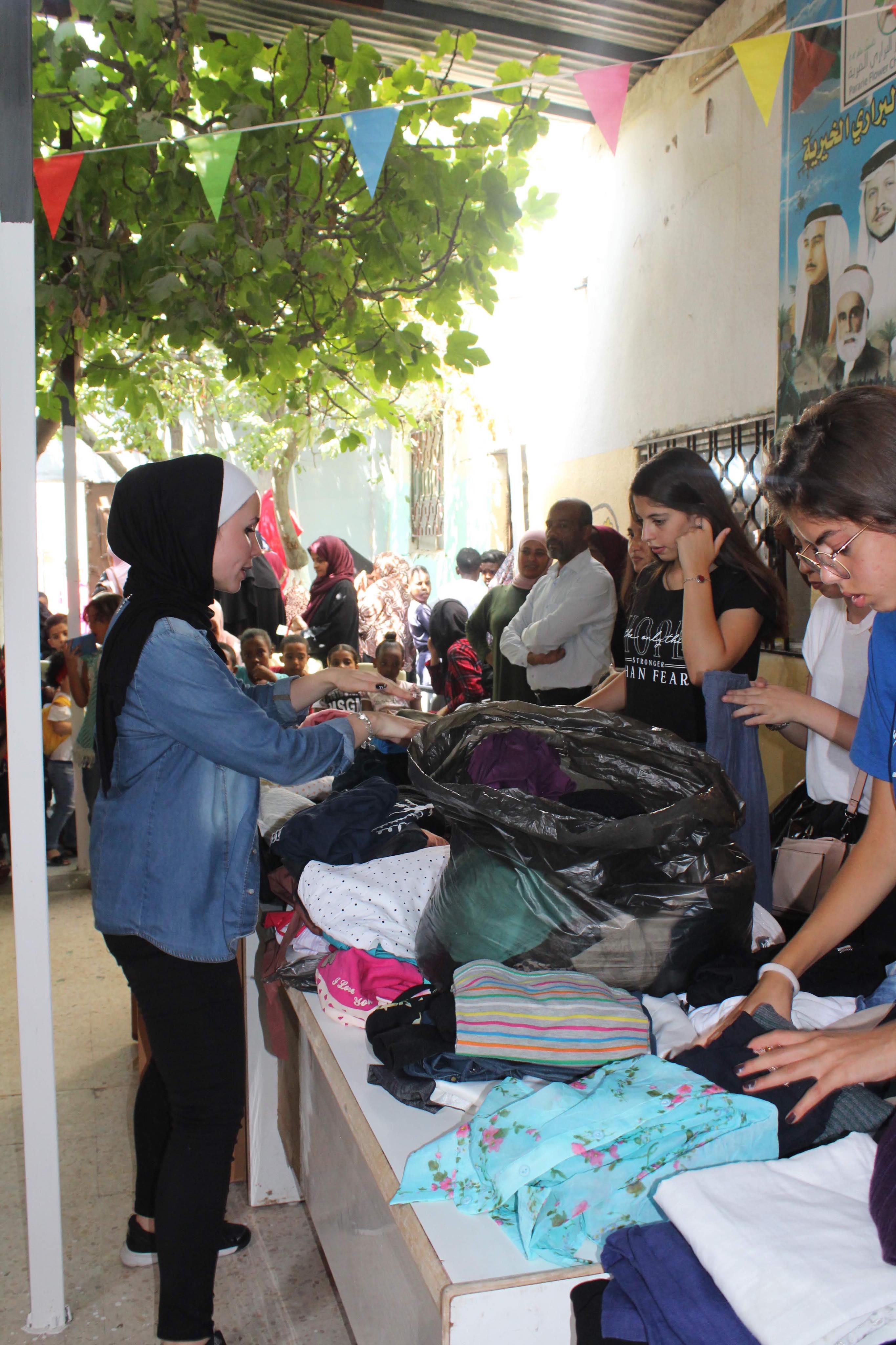 Donation bazaar for the needy in Jordan

A Super Service Project: Lifting Spirits of Those in Need in Jordan

Every year, alumni in Jordan collect donations of clothes, shoes, toys, and other household items for families in need. On September 1, 17 alumni held a free bazaar in Amman at AlBaqa'a Camp, one of Jordan’s largest camps for Palestinian refugees. Alumni succeeded in collecting about 500 item of clothing, along with shoes, toys, and accessories. At the bazaar, each family was able to select donated items for the whole family. Alumni also did face-painting and distributed gifts to the children. The aim of this annual project is to spread love and happiness among people and allow those less fortunate to feel empowered to provide for their children. 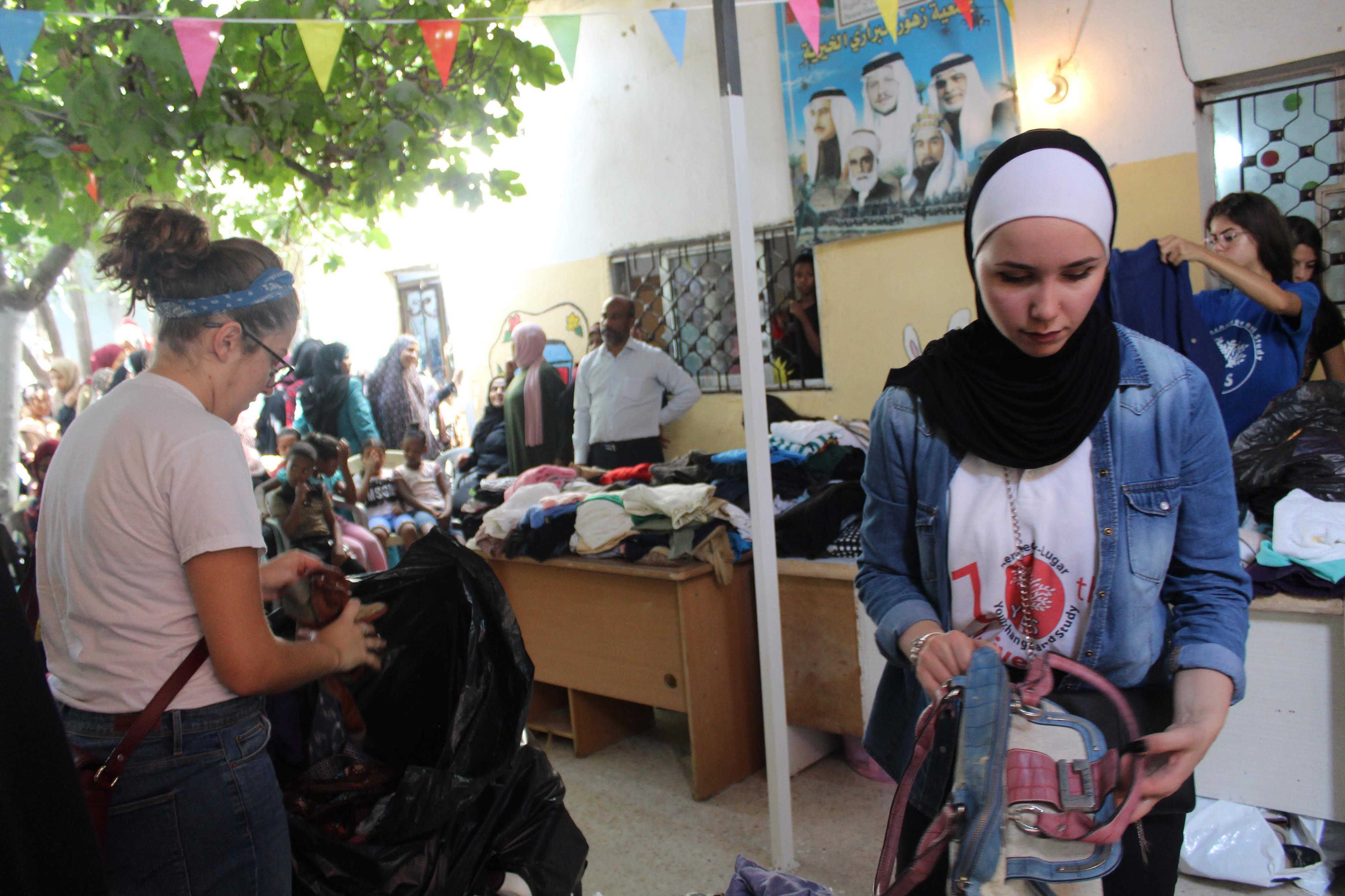 Donation bazaar for the needy in Jordan

In Dar es Salaam, YES alumna Zukra Mshery (YES ’12) collaborated with Daktari Mkononi, a team of medical students and doctors in Tanzania who implement outreach programs aimed at delivering health education and awareness in Swahili, to organize an awareness campaign about the risks of hepatitis and how to prevent it. From September 24 to October 6, Zukra spoke to more than 200 community members in her community about hepatitis and encouraged them and their loved ones to get vaccinated. 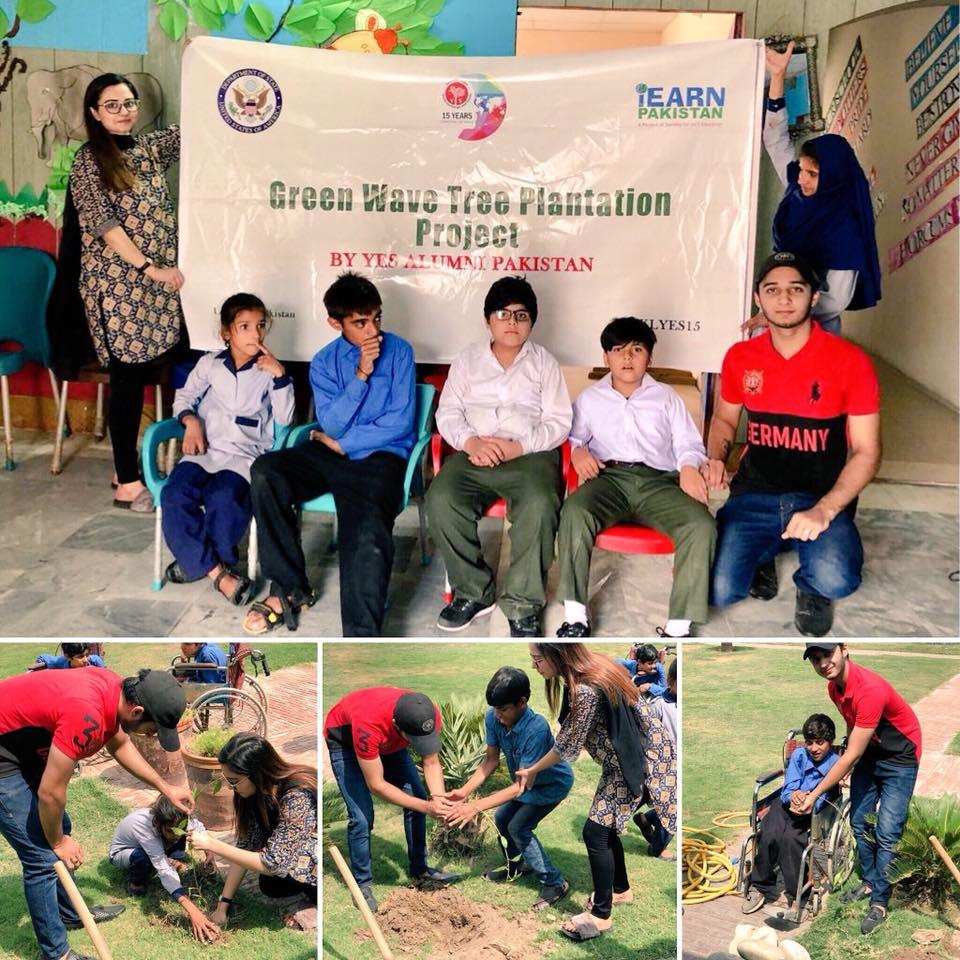 July to September, more than 60 alumni in Pakistan have participated in Green Wave, a multi-event environmental education and tree planting project held in 13 cities in Pakistan. On July 16, Ali Jawad (YES ’11), Novaira Khan (YES ’12), YES ’16: Hassan Malik and Maira Asrar, and Mohsin Ali (YES ’18) launched Green Wave by leading 110 youths between the ages of 16 to 18 in discussions on environmental sustainability and preservation and the impact climate change has on Pakistan. Participants also planted a total of 120 trees. Later, 60 alumni gathered in 13 cities throughout the month of August to plant trees and flowers in honor and remembrance of the late Sabika Sheikh. Over 700 individuals joined the alumni to volunteer at the planting events in Sabika’s honor. On September 24, Rida Rizwan (YES ’14), Muhammad Ibraheem (YES ’17), and Nabeel Mughal (YES ’18) planted 70 trees with 20 youths, ages 10 to 14, at Eilya Care Center, a center for youth with disabilities. The alumni explained that trees clean the air, provide oxygen, and help prevent climate change. 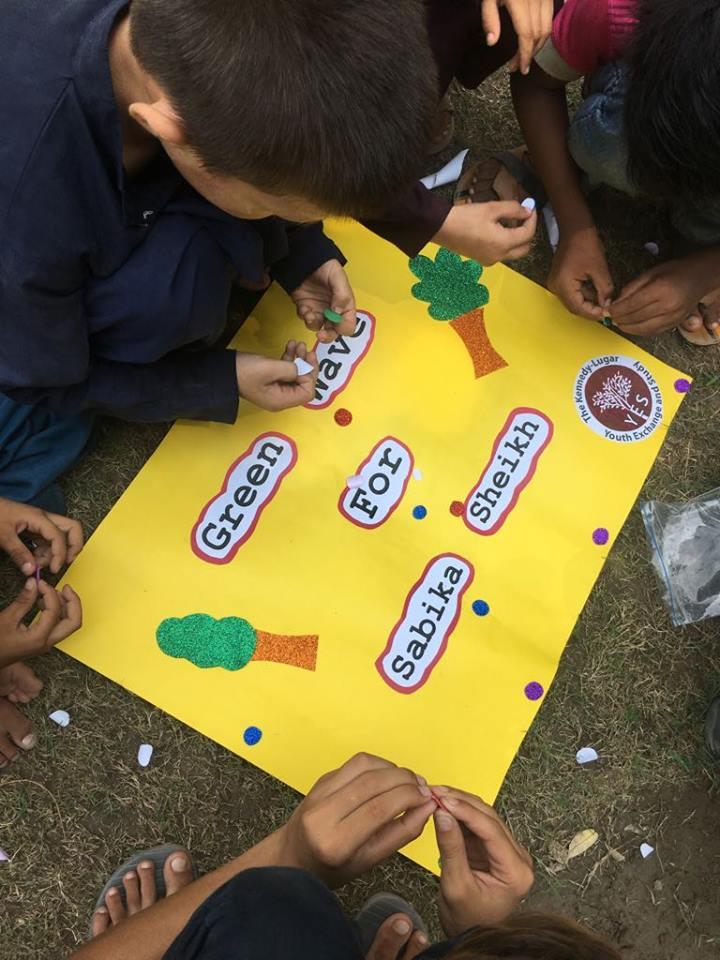 Alumni in Pakistan dedicated one phase of Green Wave to Sabika Sheikh
Share: