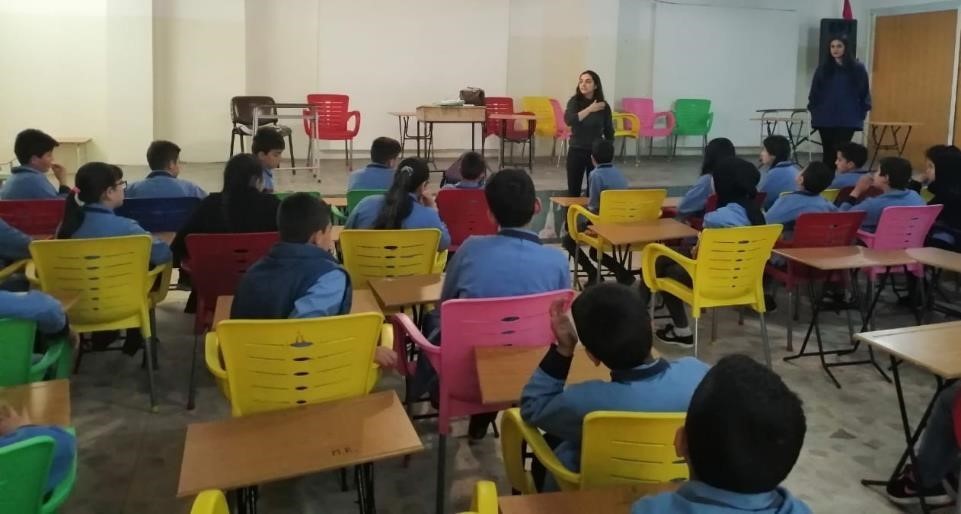 As a Psychology and Health Studies graduate, YES alumna Khawla Nasr El Deen (YES 2013-14, Lebanon, hosted by AFS in Eagan, MN) implemented a community service project focused on mental health awareness in different schools in her city of Baalbeck in the Bekaa Valley of Lebanon. Khawla has always been an advocate for mental health awareness. While on a fully-funded scholarship at Berea College, she integrated community service into her undergraduate career. Advocating for healthy community development in the Appalachian region, Khalwa focused her summers of service on enhancing the mental health of the displaced population in through Kentucky Refugee Ministries. After graduation, Khawla served for one year as the youth representative to the United Nations of the International Association of Applied Psychology.

In order to give back to her local community, Khawla designed small mental health intervention sessions in partnership with mental health and health workers in her hometown, Baalbek. The project aimed to serve students in schools between the ages of 4 and 13, focusing on promoting well-being. Students were introduced to healthy coping mechanisms and techniques to interact with their surroundings. The sessions focused on enhancing different skills such as mindfulness, listening and communication, and included open discussions and movement activities.

During the interactive sessions with the 13 year-old groups, topics emerged such as career readiness, universities and majors, effective use of the internet, healthy relationships with peers, opposite genders, family, and hobbies. The sessions also included fun energizers and breathing techniques!

The project left a significant impact on its students and teachers. Students considered the sessions a space for them to relax, reflect, and engage in healthy activities. Khawla stated, “My presence in the schools seemed to bring attention to mental health. I spent full days at schools and when I didn't have sessions I stayed in the teachers' lounge. I was approached by many teachers during the day to discuss behavioral issues in classrooms and how to approach it in a healthy way. I also had the chance to sit with the administration and discuss the progress of the project and some of the observations while I was there. I had the opportunity to discuss mental health stigma with them, and explore local resources for promoting well-being that can be utilized."

These sessions were an opportunity for Khawla to gain insider-perspective on the needs of the schools in her hometown. Khawla explained that she entered this initiative hoping to mainly serve children who come from lower-income backgrounds. However, after her sessions at both private and public schools, she confirmed that the need of psychosocial support among children in the school setting is equal, regardless of social-economic situation. Promoting mental well-being in schools is an essential need for healthy development, and it needs to be given attention by education stakeholders.