Ten Years of the YES Program! 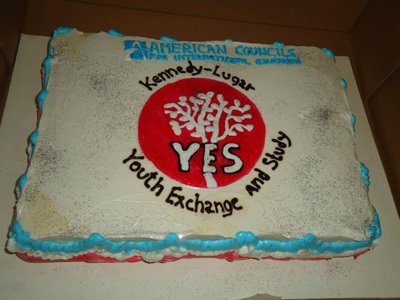 On Friday, November 16th, 2012 staff at the American Councils for International Education office in Sarajevo, organized a celebration in honor of the 10th anniversary of the Kennedy-Lugar Youth Exchange and Study YES program as well as the 10th year since the American Councils for International Education first opened its doors in Bosnia and Herzegovina.

The Sarajevo office held an open house reception where a number of organization partners and stakeholders such as YES alumni, YES Abroad students, English Access Microscholarship students, teachers and madrasa directors, JFDP alumni, U.S. Embassy staff and many others were invited to attend.  During her visit to Bosnia and Herzegovina, Ms. Sarah Hennessey, Regional Director for Southeast Europe at American Councils also attended the event. Close to 40 well-wishing guests were present at this important milestone, which was also covered by local press. 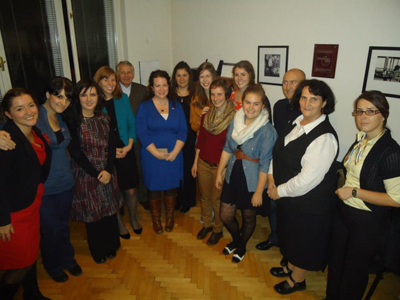