The Best Time of My Life 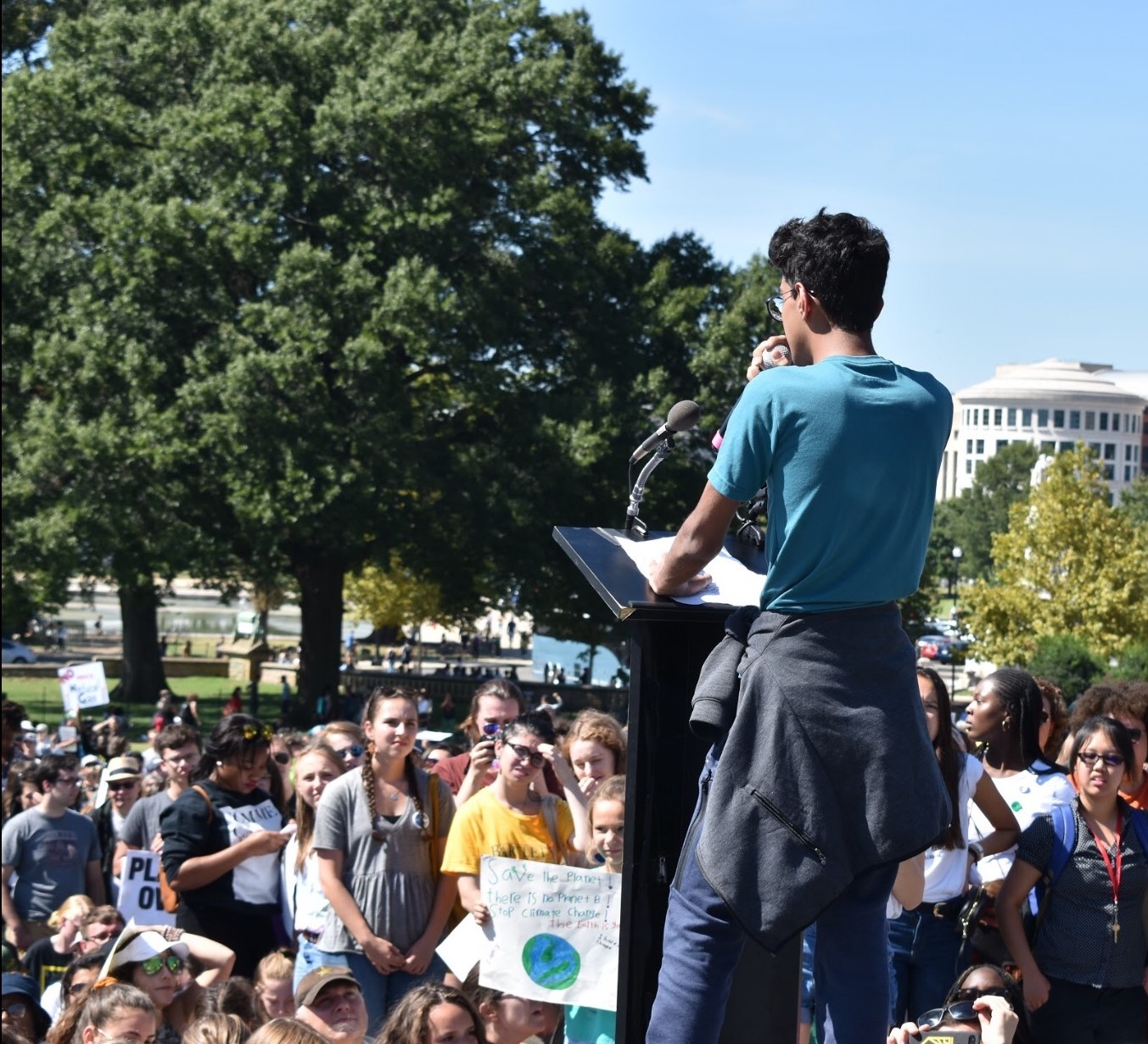 I don’t even know where to start. A year ago, I was just another average teenager in Pakistan going through high school. But I had dreams, dreams of traveling internationally, meeting people from different cultures all around the world and bringing the world together. While I had my plans for working on achieving this goal when I grew older, I had never imagined that something would take me a step closer towards fulfilling my dreams in the near future.

Then I heard about the YES program. It caught my attention quicker than any other opportunity that I had come across before. I knew I wouldn’t get a better opportunity during my teenage years to do what I had always dreamed of. I couldn’t let this chance slip from my hands. So I applied.

Fast forward several months, I got selected as a final candidate to travel to the United States. It seemed like all the tests and interviews I went through had gone by in an instant. I could see my dream slowly unveiling right in front of my eyes. From that day to the day of my departure, I developed some of the strongest bonds with 76 other like-minded people from my country in an extremely short amount of time. 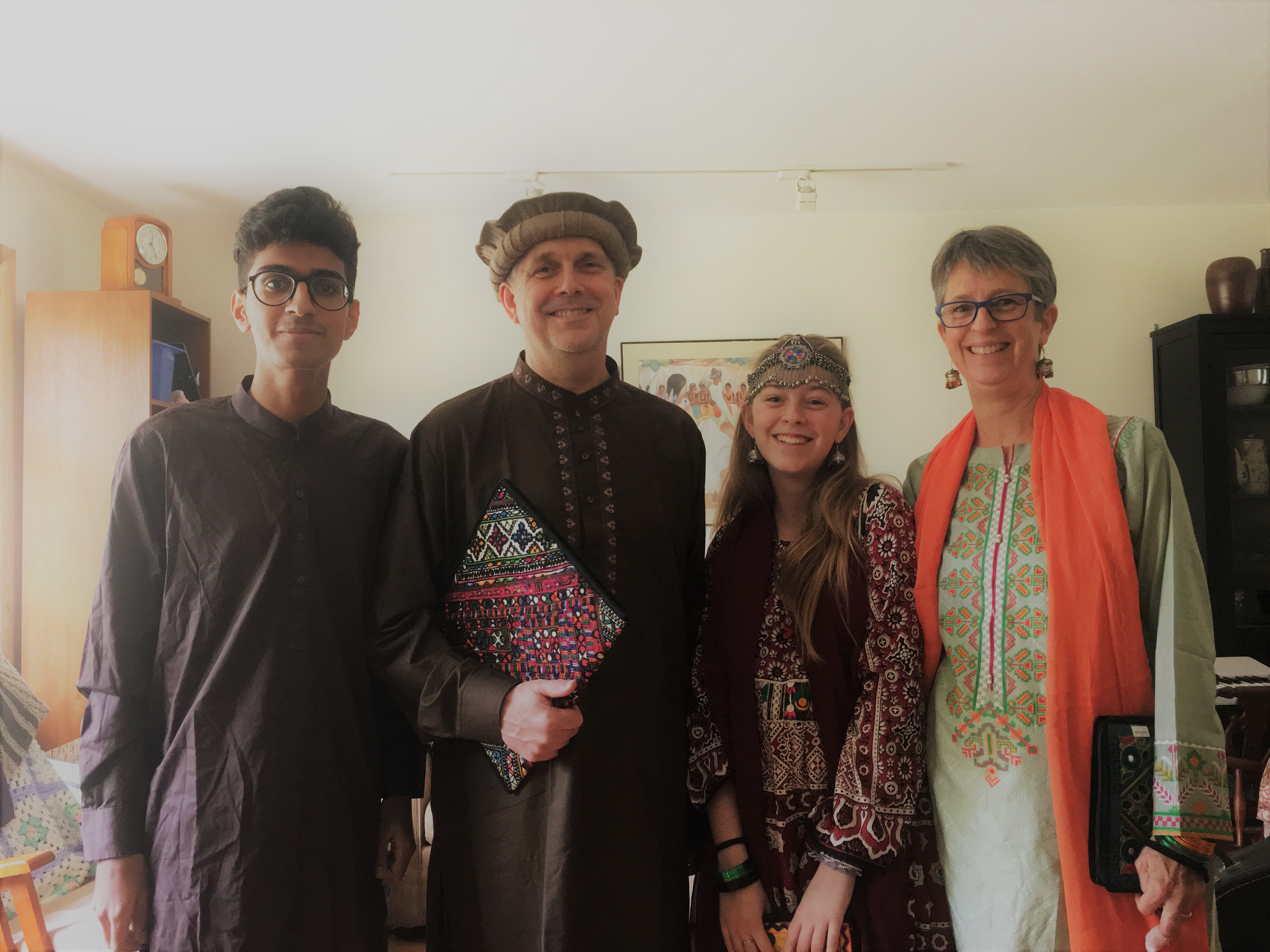 Upon my arrival in the United States, I was introduced to my host family. They were a temporary family, but I couldn’t care less. Whatever duration of time I had to spend with them, I wanted it to be the best time of not only my own life, but their lives as well. My host family consisted of my host dad, host mom, and host sister. I found them to be some of the most welcoming and warmhearted people I’ve ever met. They didn’t even make me feel for a split second that I was away from home, my family, and friends. It seemed as if the plane I began my journey on from home just flew in a circle and brought me back home. Within the span of a month, I became so close to them that they decided to host me for the whole year.

Thanks to the YES program, I was able to meet and become friends with not only American people, but people from all around the world. Meeting people and learning about cultures from all over the world was something I dreamed of, but something that never crossed my mind was that I’d be able to do that by just visiting one country. A country with some of the world’s most cordial and hospitable people. 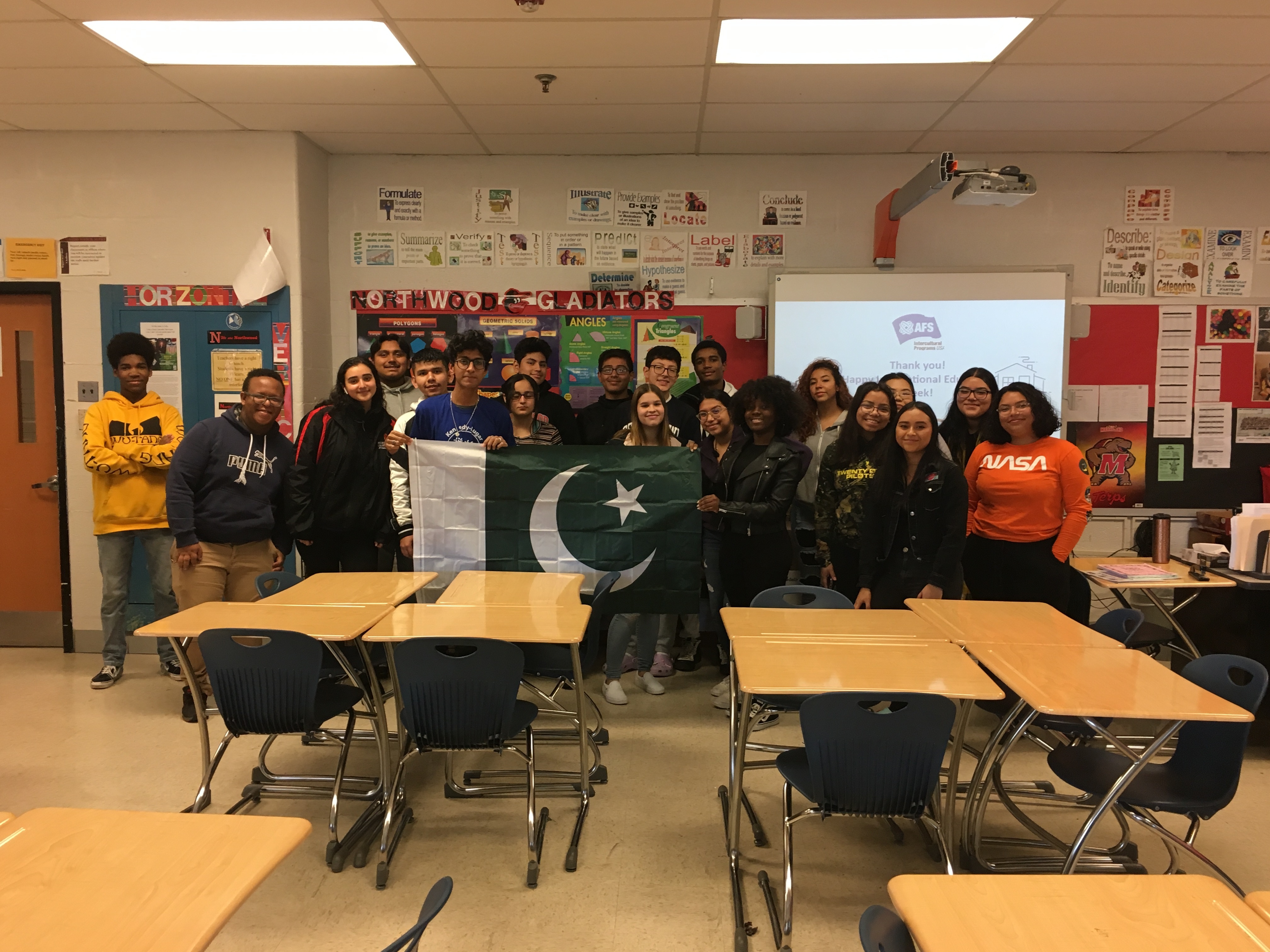 Presenting about Pakistan to my fellow classmates.

My biggest achievement in the United States wouldn’t have been possible without my host sister, who arranged for me to speak in front of the U.S. Capitol addressing about 2000 people. I gave a non-political speech on climate change in which I expressed my desire to go back to my country and work on making everything environment-friendly. This was a life-changing experience for a person like me, who had never spoken in front of more than fifty people. At school, I joined the drum line and became a part of the “one band, one family,” as they call it. As I approach my last performance with the band this weekend, my band members will be some of the people I’ll miss the most after going back home.

During the International Education Week, I got a chance to share my culture with my fellow American classmates and people in my host community. I gave presentations at my school, an elementary school and at my host family’s church. I was overjoyed with the responses I received after my presentations. These presentations proved to be an ice breaker with many fellow students, who felt like they finally knew me after learning about my country and culture. They jammed out to some Pakistani music and got astounded by Pakistan’s national anthem. I had a great time answering their questions. The elementary school kids coming up to me to give me hugs after my presentation was something I’d never forget. The kids expressing their desire of visiting my country one day made me happier than anything else.

Thank you YES for giving me this life-changing experience. Thanks to YES for introducing me to a group of the most amazing friends from across the globe, and to three delightful people, people I now call my second family.