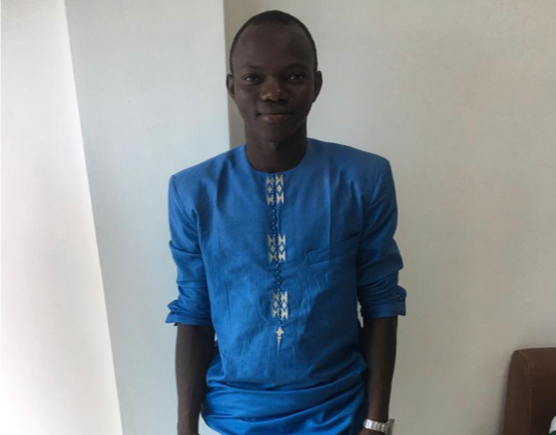 Gaoussou Diarra (YES 2015-2016, Mali, placed with AYA in Munford, AL) has been an active YES alumnus, who since his return to Mali in 2016 has tirelessly promoted the YES program and the transformational experience the program has had on his life. Gaoussou has led YES info sessions about his experience in the recruitment and selection process to his stay in the U.S. and his fight against the discrimination of disabled persons.

While in the U.S., Gaoussou attended the Alabama School for the Deaf. He embraced his academics, joined sports teams, and engaged in the greater community by volunteering. Upon returning to Mali, he continued his volunteerism — Gaoussou teaches English and sign language to students with hearing impairments, with the underlying goal of building the students' 21st-century skills. One of his major goals is for his students to acknowledge that they have the capacity to be a leader.

Gaoussou's most recent accomplishment was working on a video called "Gaoussou the Quiet Leader" to raise awareness about Deaf people in Mali.