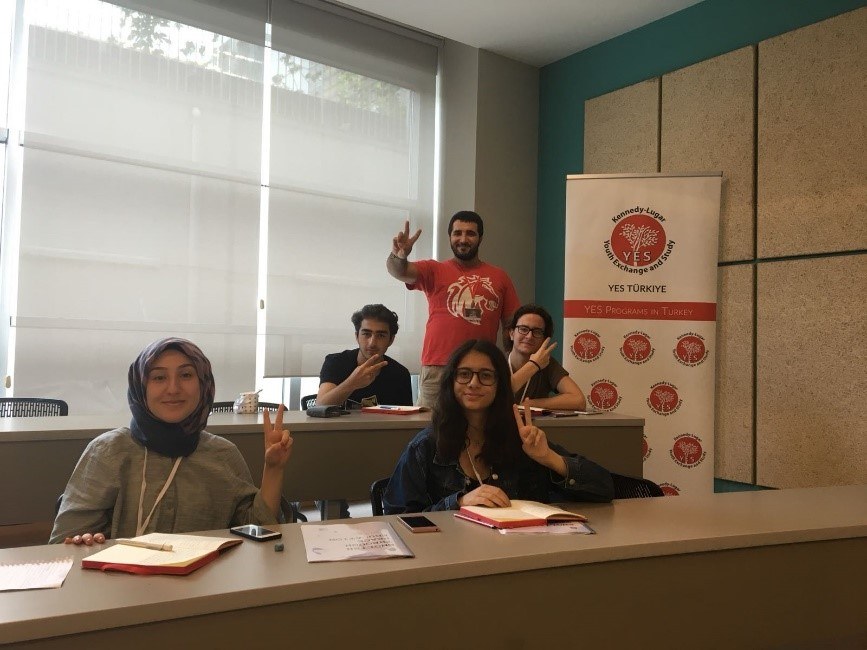 As a teacher and scholar who recently expanded his studies to a PhD program in Second Language Acquisition and Teaching, English language learning has long been a major interest in my life. However, it was my YES experience in Eau Claire, Wisconsin that shaped how I would forever operationalize the term “language” in real life. Rather than implementing traditional approaches, such as a focus on grammar that can be likened to learning a code, I discovered the importance of engagement in learning. Another significant observation I made during my YES year was how communities can come together organically thanks to active citizenship. This observation evolved into a passion for social impact, which has led me to create, implement, and participate in multiple projects, including a 2017 Alumni Engagement Innovation Fund project. 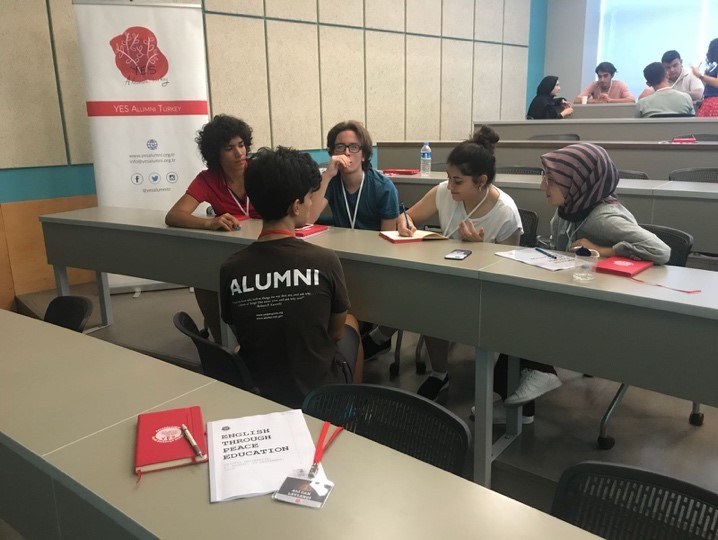 After making some disturbing observations that geographical and political tensions were increasing the lack of tolerance among citizens of different parts of Turkey, I applied for a YES Alumni Grant to conduct Tolerance Ambassdors, a “peace education” project with an English learning sub-component. The project took place between August 27 and September 3, 2018 at Ozyegin University in Istanbul. Twenty high school participants from 13 different cities in Turkey participated along with eight volunteers, six of whom were present at the venue and two that provided online support. Six of the volunteers were YES Alumni, and the other two were professional English teachers. High school students were selected as the target population in the hopes that they would go back to their local communities and create a ripple effect. 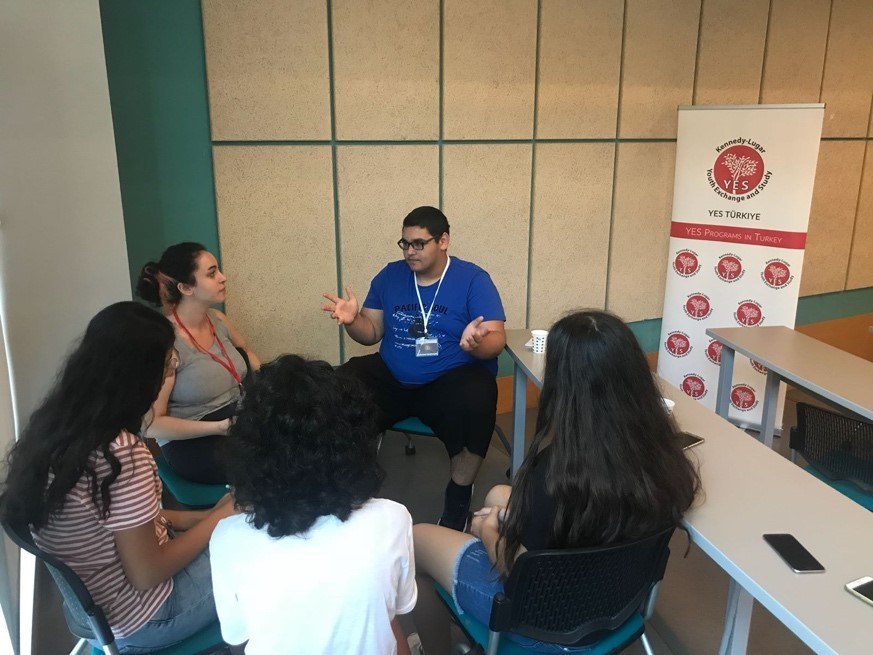 The curriculum was developed from two resources: Peace One Day and American English E-journal. We modified the activities and enriched the content of the curriculum by using movies, songs, posters, and other visuals.

The project created a significant impact at the individual level. One participant noted after: “I realized that I had a lot of prejudices, and if I hadn’t participated in this project, I would never have been able to get rid of them.” Another participant wrote her own definition of peace at the end of the project: “Peace is accepting and respecting each other.” The integration of English into fostering peace was also reflected in the participants’ comments. One participant noted, “The foreign language (referring to English) that we are afraid of and hesitant to use in our daily lives has become an area through which we can understand ourselves and each other.” 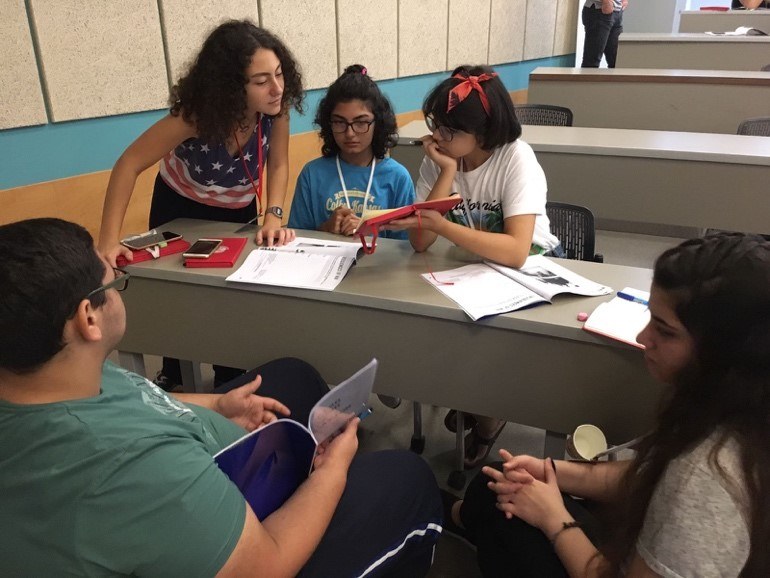 The individual gains were not the only results of the project – in fact the impact of the project was beyond my expectations. Originally, I expected that the participants would go back to their own communities, share their experiences, and implement similar workshops. However, they want to create an online resource in order to reach more people. They are now developing a website together.

Both the volunteer team and participants benefited a great deal from the project. It is likely to expand and sustain itself in the future. I am looking forward to seeing participants passing peace forward and being “Tolerance Ambassadors” in their own communities throughout their lives. A heartfelt sentiment of gratitude goes to the U.S. Department of State, Bureau of Educational and Cultural Affairs, AFSUSA, American Councils, Ozyegin University, and the project team. I must also give thank to the great work the YES Alumni Association in Turkey has been doing since its founding in 2015. 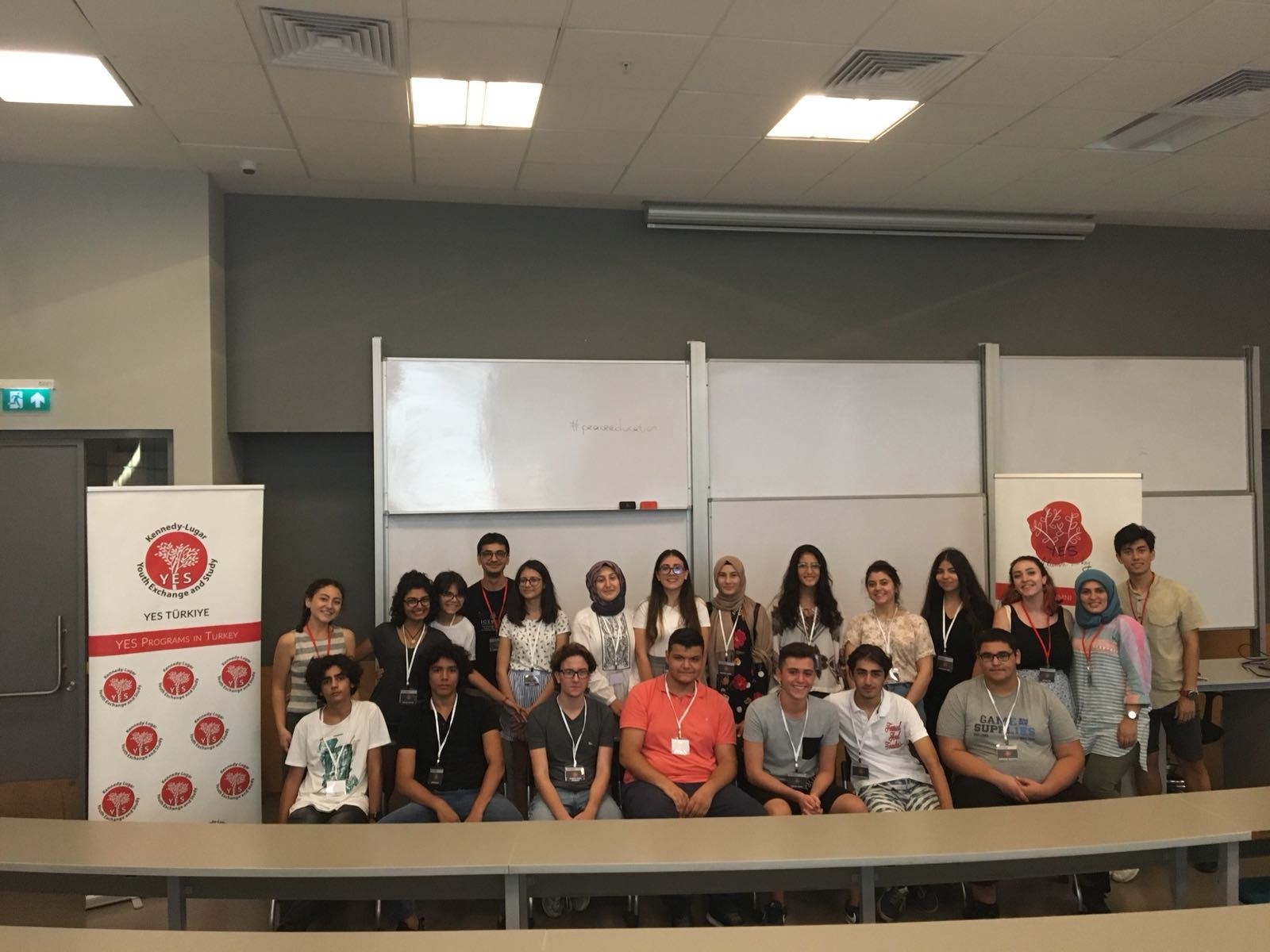