Singing has been one of my most favorite things in my life for as long as I can remember. Since last year, I started to make song covers on Facebook and other places but after getting selected for YES from Bangladesh I had to pause that for my exchange year in Kansas.

The first week of October was the homecoming week at my school. So as a part of the homecoming day programs, there was a Starsearch talent contest at my high school where I tried out and got the chance to sing live in front of my biggest audience ever. 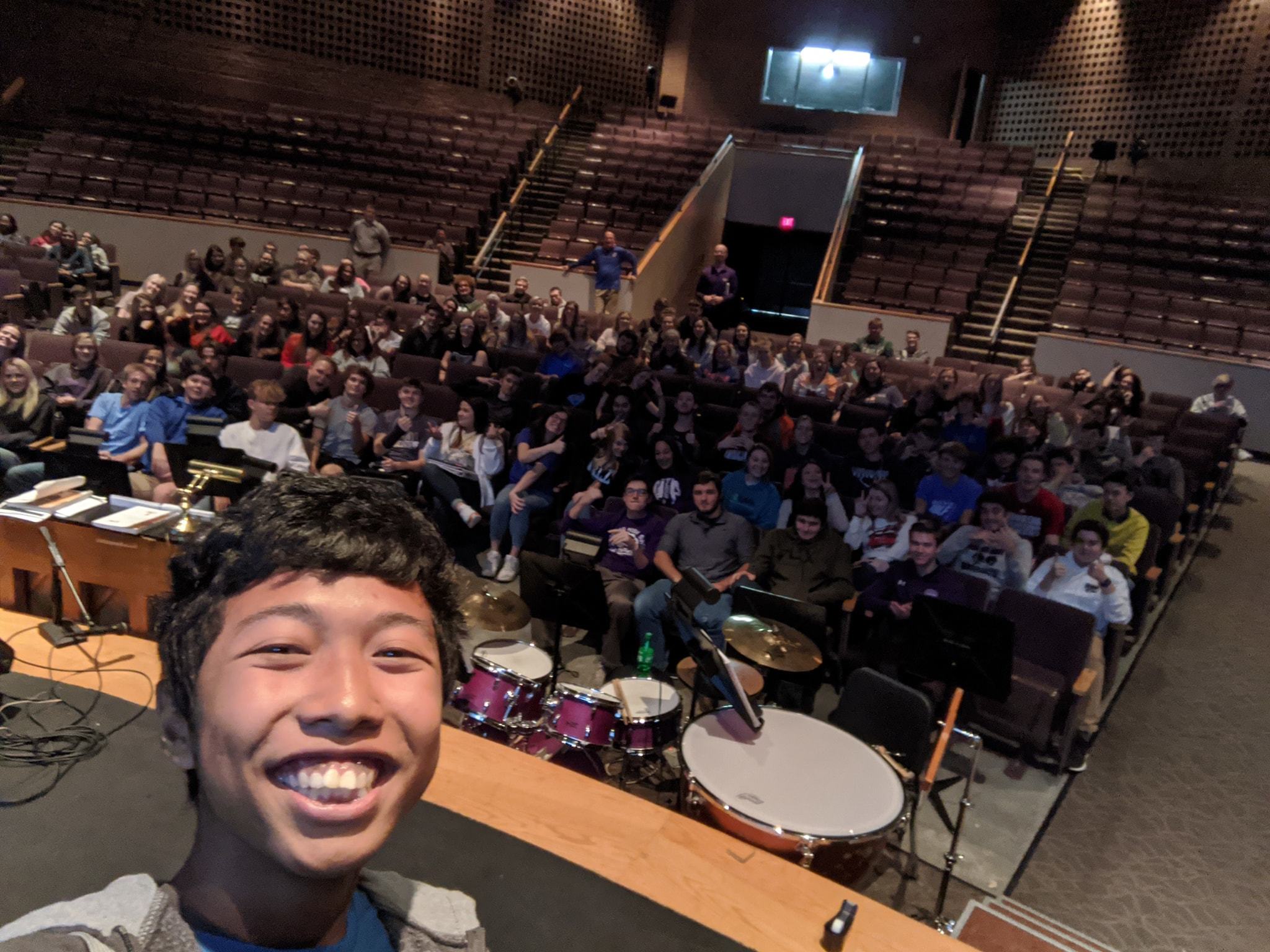 Before the contest, people were starting to talk about my upcoming performance and I was getting really nervous about performing. Then the day came. About 15 people performed songs and showcased their talent. As for me, I was the last act to perform. I was already singing the national anthem at the games so they were really excited.

As soon as I entered the stage I was getting overwhelmed with the cheering of the crowd. I calmed myself and started singing "Say Something" by "A Great Big World" and as soon as I finished my first line, the crowd went wild. Getting a boost of confidence, I finished my song and received a standing ovation from the exhilarated audience at the auditorium.

I never felt so good and so free. About 10 minutes later, they announced me as the winner and that was probably one of the proudest moments of my whole life. I got to experience this amazing opportunity just because I said YES TO YES and I am so grateful to my host family and school for making me a part of their community!

Watch the video of my performance below!