Workshop for a Healthier Planet 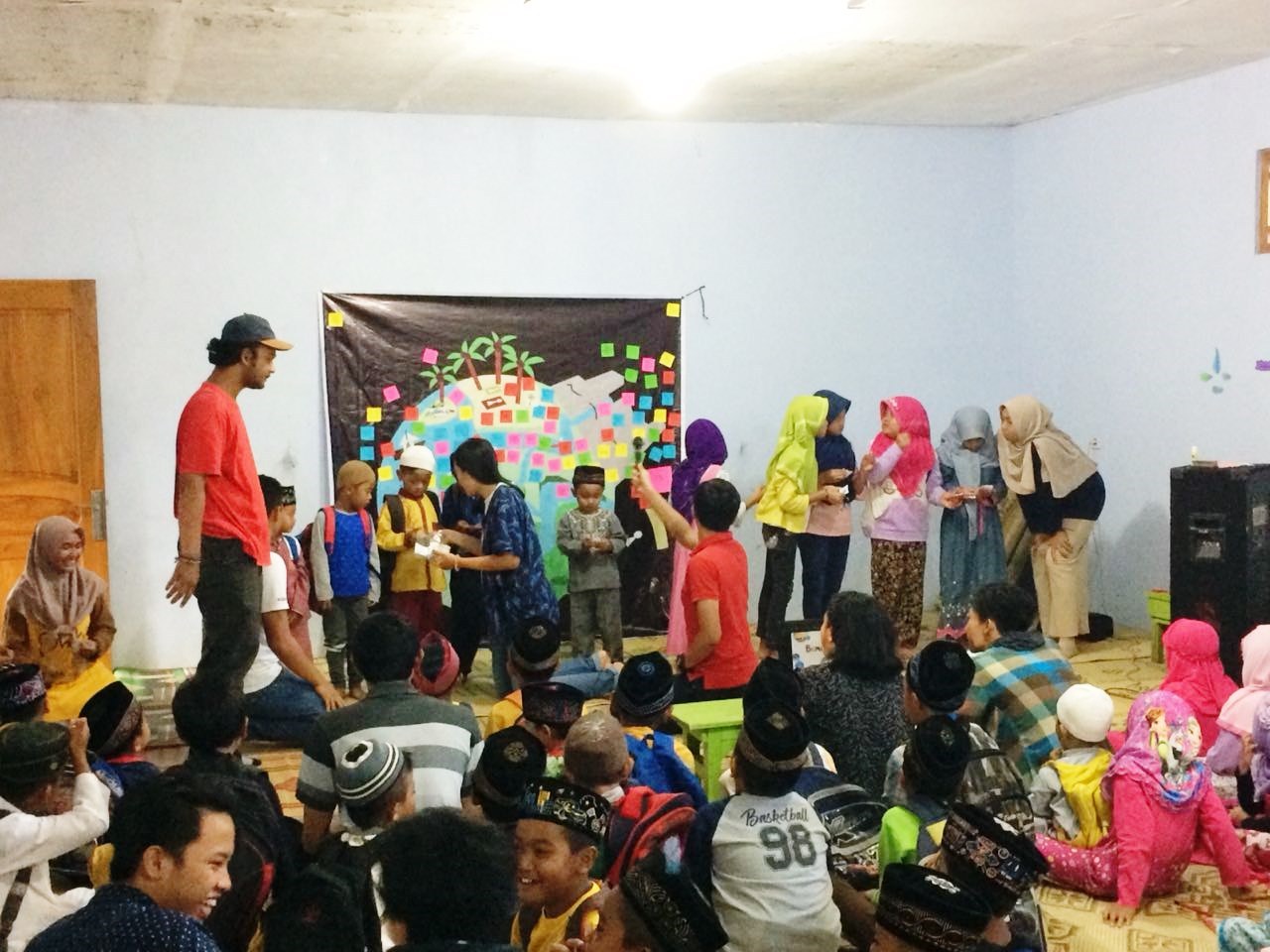 Just because we are living miles away from a coastal area shall not stop us from protecting our ocean and its animals, and that’s what we are doing as Rangers. Previously, this idea was merely a bulk of colorful sticky notes sitting on the back of my binder, rumpled and forgotten. By chance, I met two good, friends who apparently shared the same concern about plastic disposal in our community. A ‘click’ and that was all it took.

In less than a week, we’d successfully arranged an environmental project on July 23, the same day as the celebration of National Children’s Day in Indonesia, in Gompyong village, 30 minutes away from where I live. In that far and remote area, we met 85 kids from pre-K to primary school students. We were super excited that 17 Rangers were so enthusiastic to take part in this action. We never expected there would be that many people willing to volunteer and support the cause, so cheers for the students and volunteers! 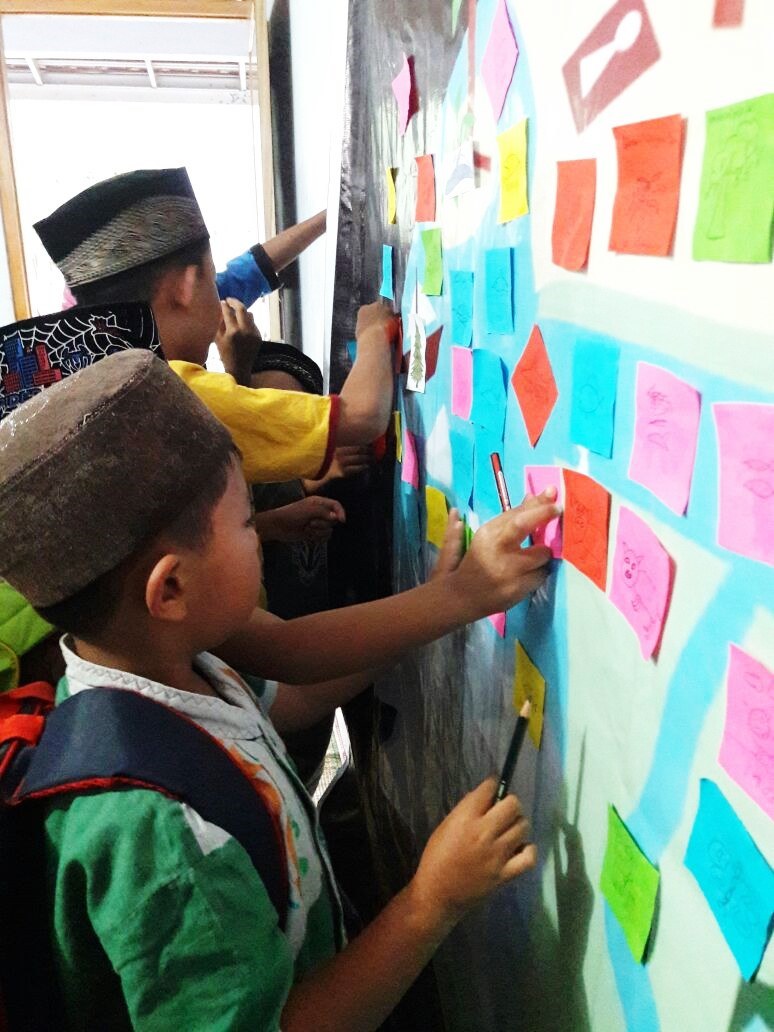 Our goal is to raise awareness, especially with children, because of their amazing ability to have open minds, that we all can contribute to a healthier earth. For this workshop, we spoke to them about the 4Rs (Refuse, Reuse, Reduce, Recycle), marine debris, and how plastic usage is  so dangerous to marine animals. We created a simulation, where the kids were asked to draw their favorite animals and fruits, and stick them on a paper called “Our World.” Then they were given pictures of plastic garbage and told to also stick them on Our World. From there, we reviewed the life cycle of plastic which ends in the oceans and kills turtles and other marine life. It also gets in the landfill which infects ground water. The students were very affected at learning how the animals they love are endangered, and how important the 4R’s are in their daily lives. We closed the project with seed-planting. We are looking forward to having the Rangers’ next contribution to the community :)

“If you can't do great things, do small things in a great way.” —Napoleon Hill. 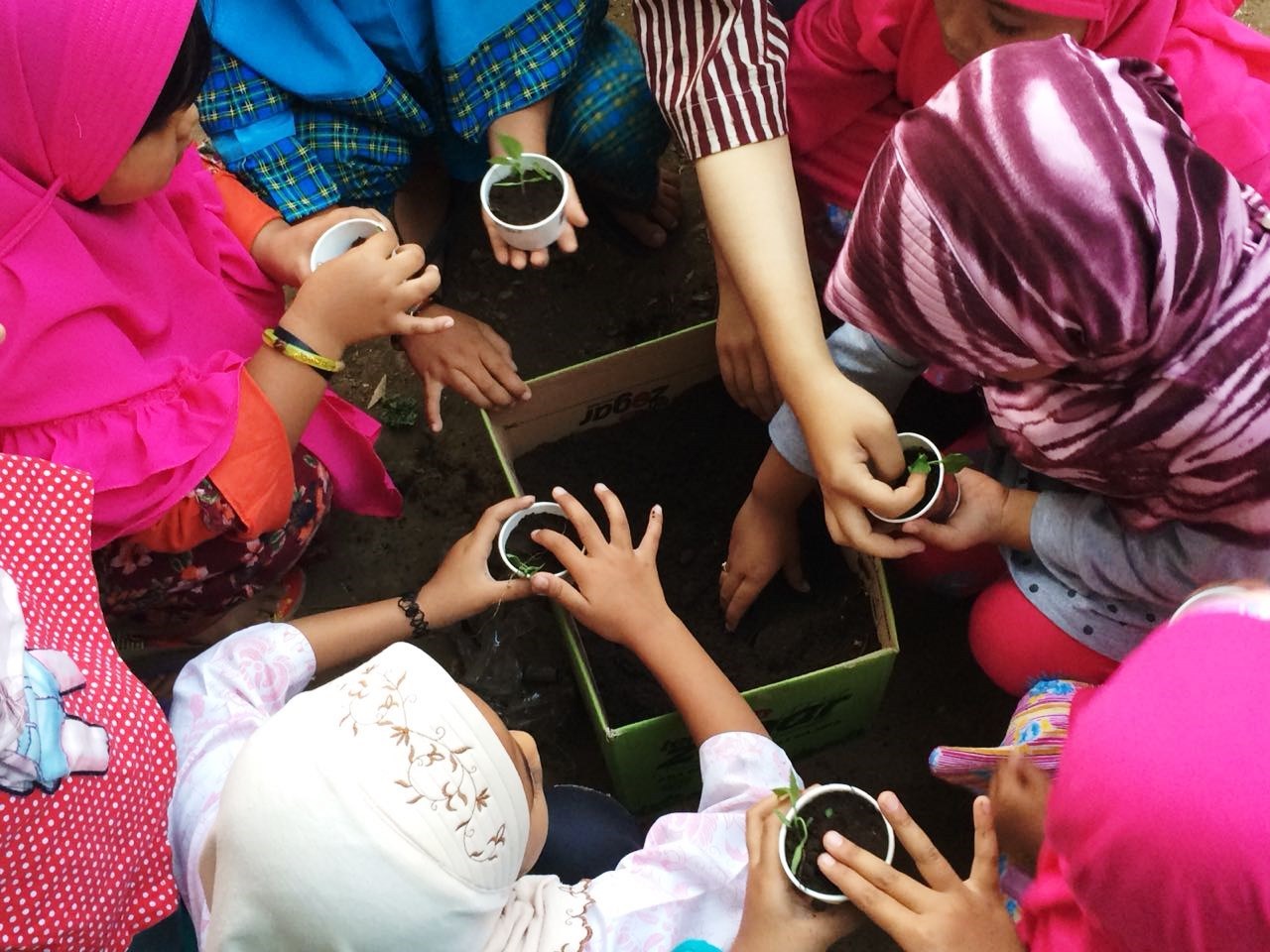