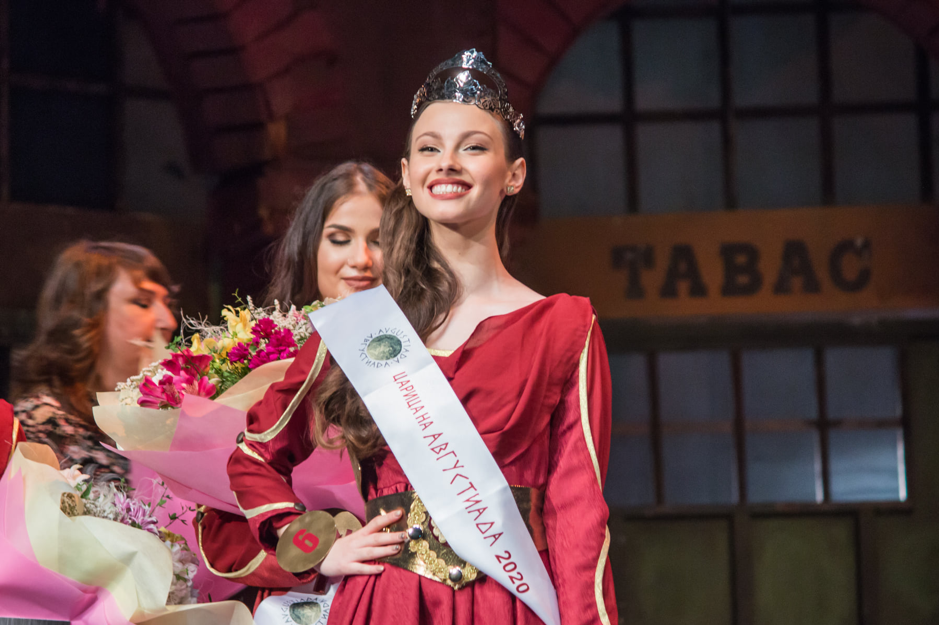 By Viktoria Panayotova (2018-2019, Bulgaria, placed with AYUSA in Stewartstown, PA)

Avgustiada is an annual wine and cultural heritage festival held in Stara Zagora, Bulgaria. The festival combines ancient wine traditions with Bulgarian history. This year, the festival was held from September 25–27 at the antique forum Avgusta Trayana, where 2nd century AD Roman ruins can be found. Each year the festival selects a “Avgustiada Queen,” who is chosen to be the ambassador of the festival and the city of Stara Zagora, both nationally and internationally. The queen’s role is to initiate and take part in charity and volunteer activities. The name Avgustiada comes from one of the old names of the city Stara Zagora—Avgusta Trayana.

This year YES Alumna Zhanita Hristova (2019-2020, Bulgaria, placed with American Councils in Burleson, TX) was selected to be the Avgustiada Queen! Zhanita was motivated to pursue this award because after being an ambassador of Bulgaria in Texas while on the YES Program, she wanted to represent her hometown as well.

Being selected to be the Avgustiada Queen was not an easy process. Contestants first had an in-person interview prior to the festival where they had to share their inspiration to become queen. These were recorded and shared on the day of the festival. Zhanita mentioned her experience with the YES program, and how much it meant to her. She went on to add that she wanted to become the Avgustiada Queen to promote Bulgarian culture around the world. 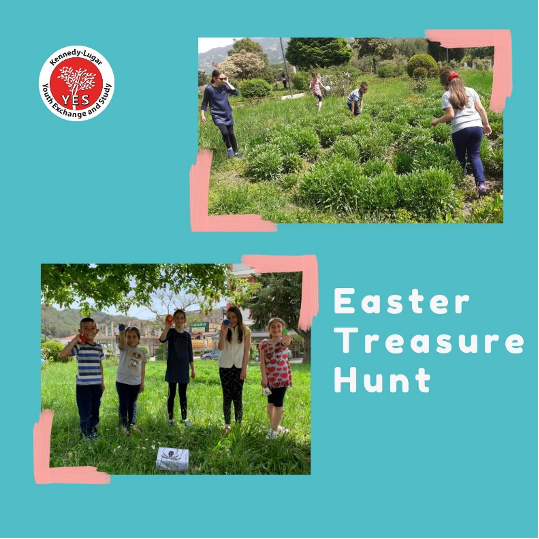 Leading up to the festival, contestants visited cultural places in Stara Zagora to prepare them for the role of queen, such as the Regional Historical Museum, State Opera Stara Zagora, and the Antique Forum Avgusta Trayana. They also visited a local winery where they were taught about wine production.

On the day of the festival, contestants went through three stages of the contest where they displayed three traditional Bulgarian outfits. The pre-recorded interviews were also shown to the crowd and judges at this point. During the last round, it was announced to the crowd that Zhanita was an alumna of the YES program. The winner was chosen based not only on their traditional dresses, but on a demonstrated interest in the Bulgarian culture and ability to present Bulgaria nationally and abroad.

As the Avgustiada Queen, Zhanita is going to be a part of a commercial video about Bulgaria that is going to be presented in front of Japan, China, and South Korea as an advertisement for Bulgarian culture and wine.