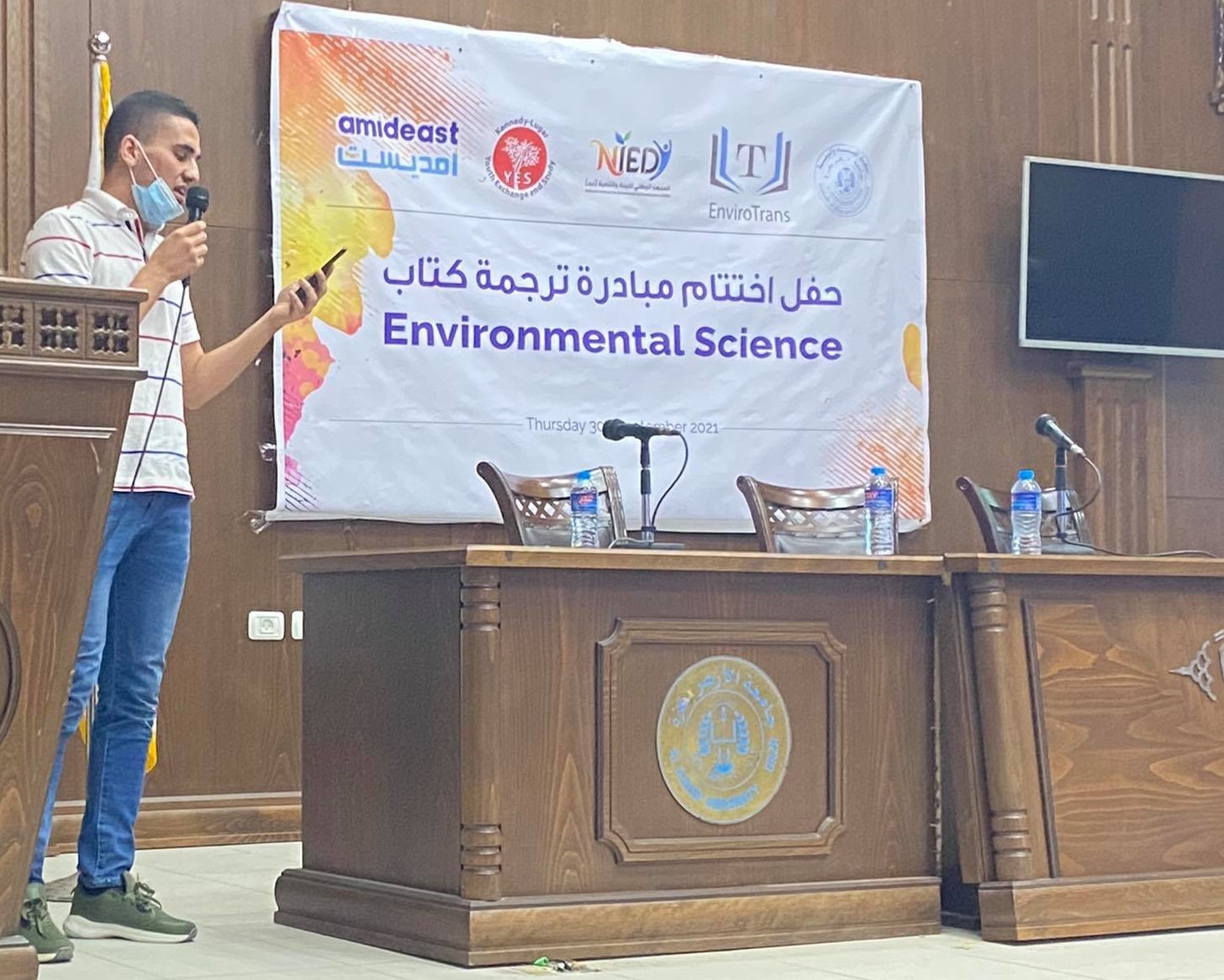 This September, a group of YES alumni used their language skills for an important purpose: translating the new book, Environmental Science: Toward a Sustainable Future, from English to Arabic! A partnership with the book’s publisher, the National Institute for Environment and Development (NIED), the translation project enabled greater awareness of environmental issues and climate change in Gaza. After a previous collaboration with NIED, the institute approached the YES alumni to propose this book translation project.

The three Gazan YES alumni, Marah AlMallak, Mohammed Abuajwa, and Dina Aita, were eager to put their English skills — honed during their year abroad in the United States on the YES program — to good use and learned some new concepts along the way. Marah shares, “At first, it was hard translating the environmental terms as I do not have a background in this field. But as soon as I started working on the book, I found myself learning environmental terms and more about the environment itself.” 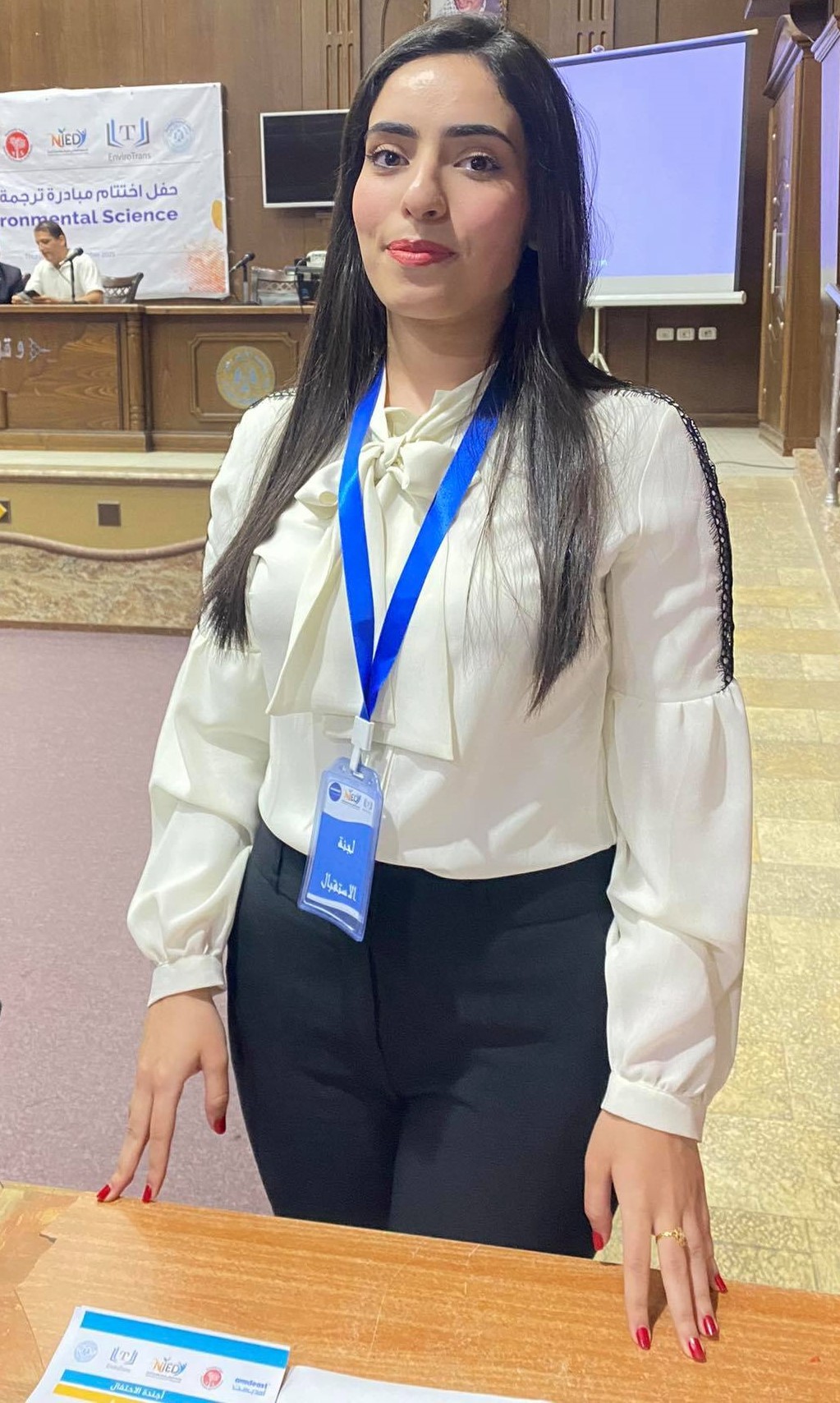 After completing the translation project on September 30, the YES alumni organized a book launch at Al-Azhar University in Gaza. The event was held to promote both the English and Arabic versions of the book and provided an opportunity to raise awareness about the local environment in the community.

Approximately 110 guests attended the book launch, including environmental specialists, university professors, members of the NIED team, and YES alumni. In addition to the three YES translators, two other YES alumni, Heba Alsaidi and Sarah Almzainy, helped organize the event and participated in a presentation to discuss selected chapters from the book. 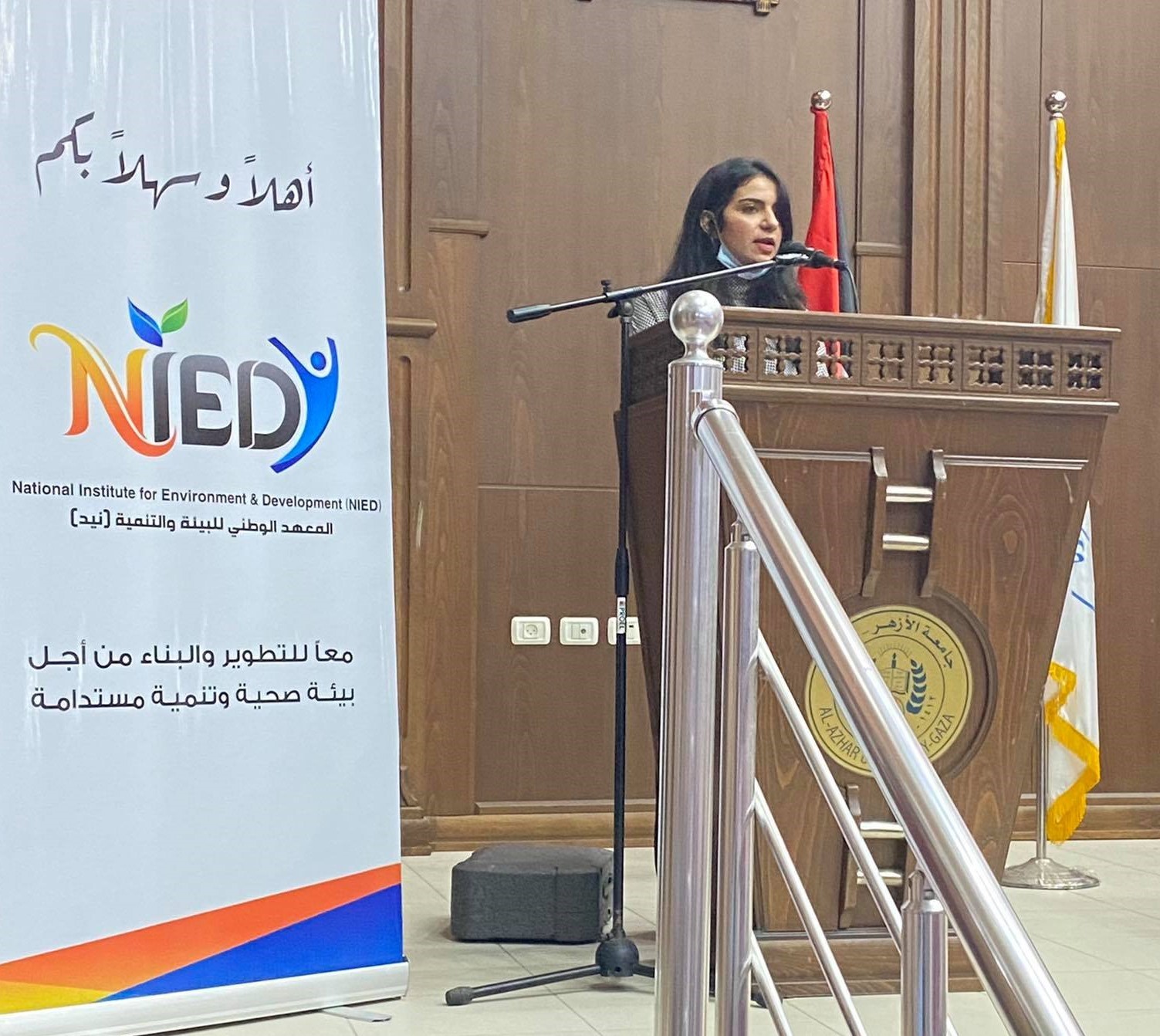 It is always rewarding to see the YES alumni use their English language skills to speak about important conversations that are relevant to their community’s needs!