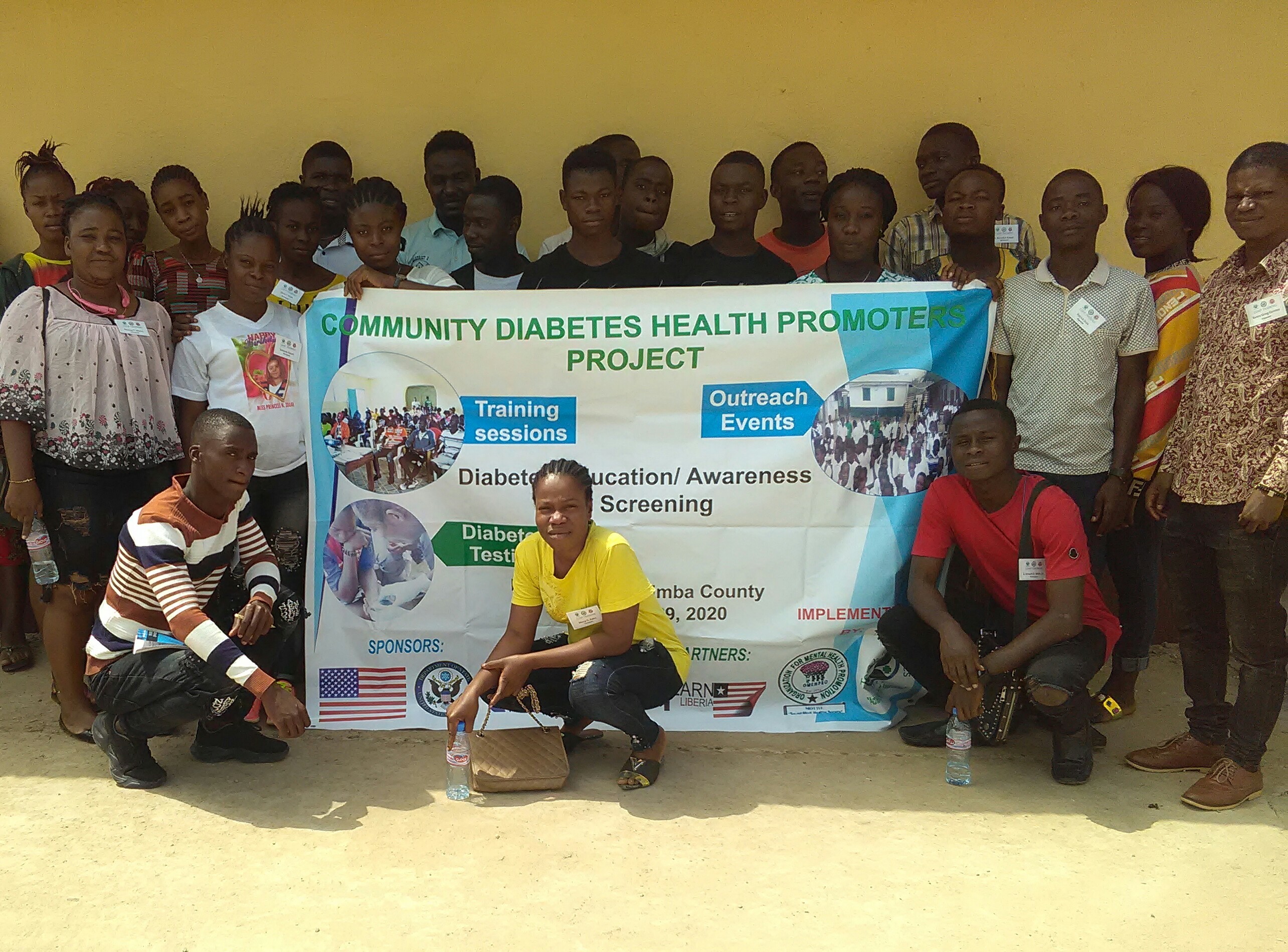 I am Lincoln Dougbeh Ninneh, a graduating senior studying nursing at Winifred J. Harley College of Health Sciences at United Methodist University and an alumnus of the Kennedy-Lugar Youth Exchange and Study (YES) Program.

In August 2013, I left Liberia for the YES program. My stay in Nolensville, Tennessee in the home of the Smiley family was simply terrific. The Smileys, as their name suggests, were a very welcoming family and they always made me feel at home.

At Ravenwood High School, I became a track runner and an active member of both the Speech and Debate Team and the International Students Club. These extra-curricular activities made me self-confident, resilient, and solution oriented. More importantly, I became a team builder and a young leader with better understanding of cross-cultural communication. It was the most remarkable and rewarding period of my life, and it gave me a better understanding of American society. 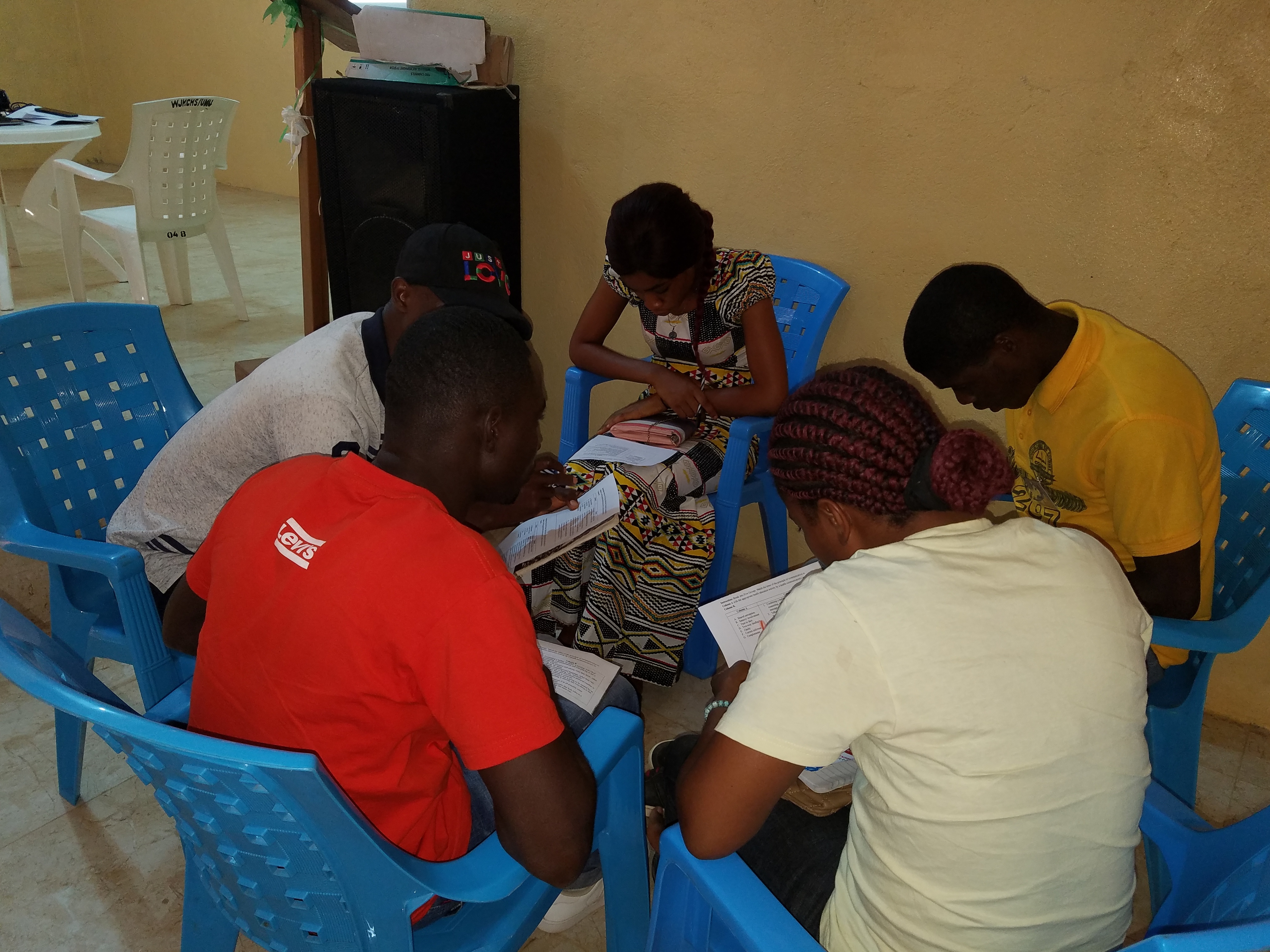 Participants working in a group during training

As a nursing student, health is an issue that is important to me. Among the main health issues in Liberia, diabetes has become a societal concern in recent years. Studies show a consistent increase in the number of diabetes cases since 2014. Studies indicate that as many as one out of every three Liberians are at risk of developing diabetes due to numerous risk factors, including lack of exercise, alcoholism, and unhealthy eating. The effects of this trend include complications associated with undiagnosed diabetes, higher health care costs, discrimination, disability, and death.

Two years ago, with the support of a YES Alumni Grant, I started the initiative Teach 4 Healthy Lives (T4HL) to educate people about diabetes and how to live a healthy lifestyle. In many rural Liberian communities, there are many myths about illness and health. T4HL aims to shed light on the myths; enabling the population to understand diabetes not as a spiritual condition, but as a physical condition that requires medical attention.

Earlier this year, my team of T4HL volunteers and I were awarded a second YES Alumni Grant to expand our diabetes awareness campaign to Ganta in Nimba County. Nimba County is largely still under the pervasive influence of traditional practices, some of which pose a serious threat to people’s health. Despite these traditional beliefs, the residents of Ganta were welcoming and willing to hear the evidence our team presented to help them better their health. Furthermore, Ganta is blessed to have a diabetes clinic where residents can go not just for treatment but also to get up-to-date information. This made our work more exciting and effective. 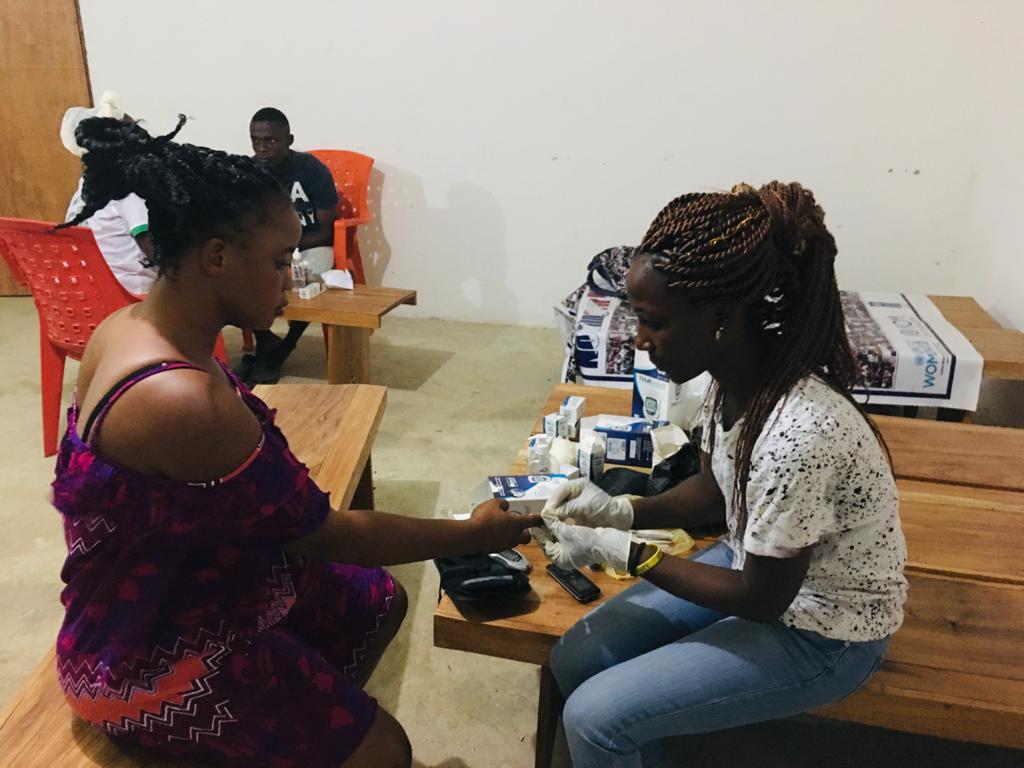 The campaign in Nimba was organized differently from our previous campaigns. Over the course of one month, we trained 30 young people how to promote good health through social media and effective communication with community members, hosted two radio programs about our project, and held three outreach events consisting of diabetes education and testing in five high schools, one college, and one neighborhood. Nearly 120 people were screened, 11% of which had results outside the normal range and were advised to seek retesting at the local hospital.

The participants we trained were particularly excited to be empowered to help others in their communities and schools. While the project was still ongoing, Randolph Ralph Lama from Ganta United Methodist High School, had already started teaching his classmates about diabetes, and Cyrus Targen from St. Lawrence High School started working to establish a health club at his school.

The changemaking power of youth lies in their time, creativity, and ability to influence others. The young people trained during this project will continue to be health promoters for years. Their enthusiasm throughout this monthlong project speaks volumes. They are now agents ready to help bridge the knowledge gap that exists around diabetes and other health issues in Liberia. 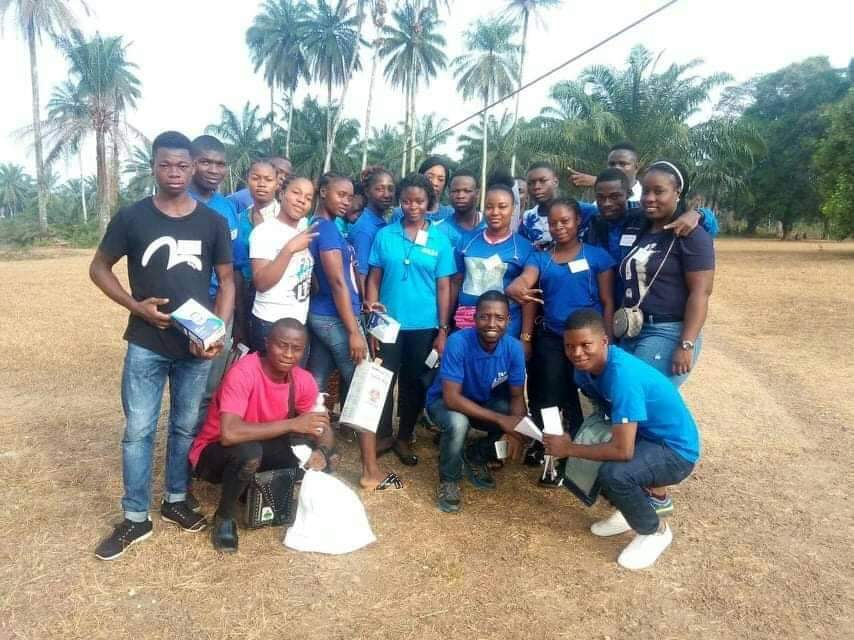 On behalf of the project team, we send our gratitude to everyone who directly and indirectly supported our project. We extend our heartfelt appreciation to the YES Program and the U.S. Department of State, Bureau of Educational and Cultural Affairs for sponsoring our project and providing us the opportunity to reach communities in need like Ganta.

We are thankful to the Organization for Mental Health Promotion (OMEHPRO) for their support and partnership over the years. We also thank the administration of Winifred J. Harley College of Health Sciences for allowing us to use their campus for training and other activities free of charge and the Ganta United Methodist Hospital for the support and services they have given us.

Our gratitude also goes to our facilitators. Without their time, effort, and knowledge, our participants would not be so prepared to service their communities as health promotion agents. Lastly, we are grateful to God for our team of young volunteers at T4HL. Their diligence, commitment, optimism, and hard work has brought us this far.