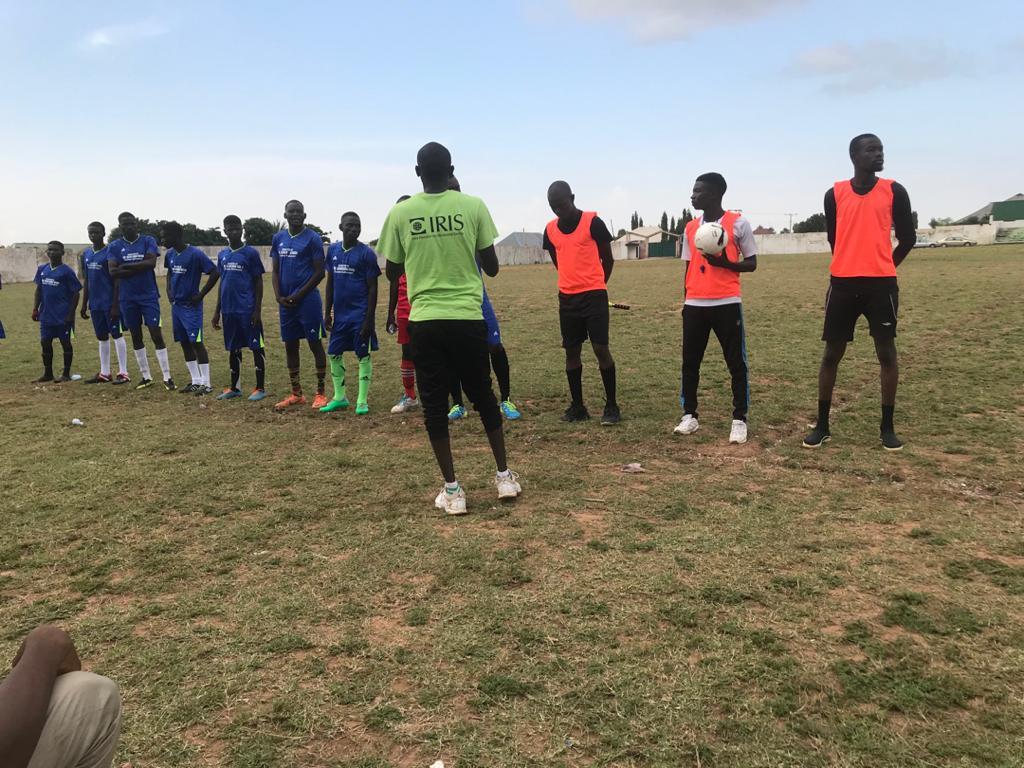 My name is Ishaku Abner, but people call me Shak for short. I was hosted in Coon Rapids, Iowa by Rachel Garst, who was busy curating the 50th anniversary of Nikita Khrushchev’s 1959 visit to the Garst family farm during my exchange year. This visit was the only time any Soviet official visited the United States during the Cold War. Through my understanding of my host family’s role in this historical event, I realized that peaceful coexistence is very important even during times of tension and that civilian diplomacy (in this case, the friendship between Khrushchev and Roswell Garst) and Khrushchev’s search for agricultural innovation was the catalyst for this barrier-breaking visit. 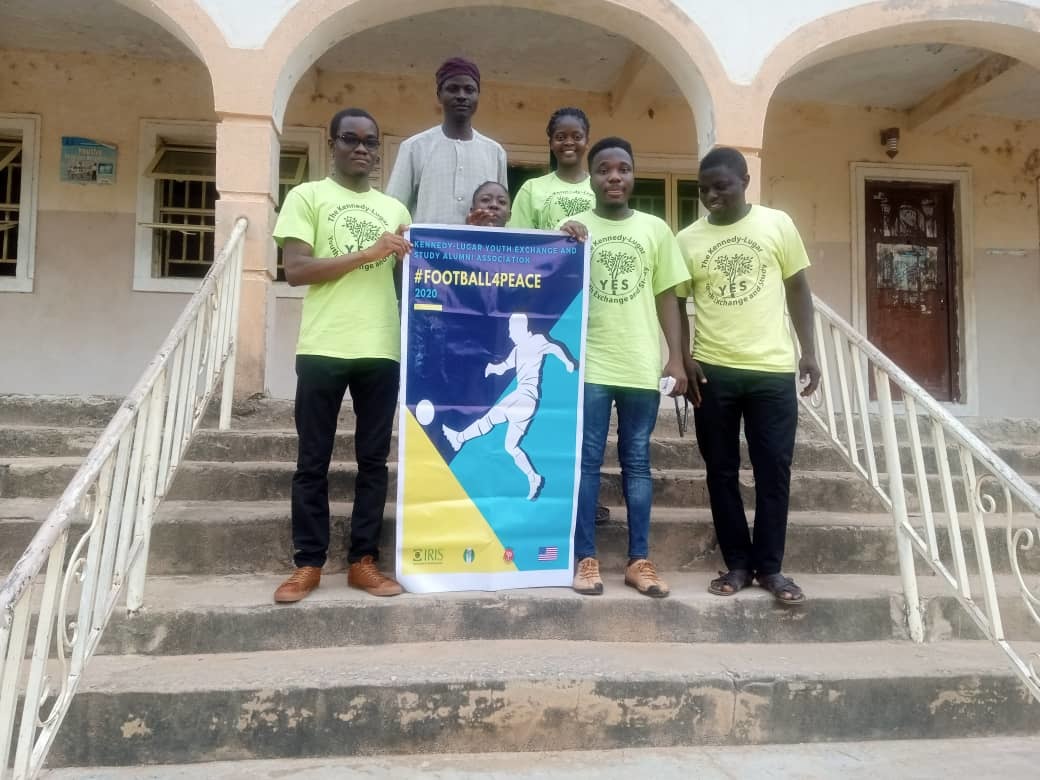 I took these lessons home with me to Gombe State, which is situated in the northeastern part of Nigeria. It is a small state with a little over 3 million inhabitants and is one of the few Nigerian states with a significant number of both Muslim and Christian residents. During the 2019 Easter celebrations in Gombe, a motorist ran over a group of rallying youths, resulting in tensions between Christian and Muslim communities.

Through my experience as a Peace Promotion Fellow for the non-profit Equal Access International, I have a passion for countering violent extremism and promoting peace and understanding. I applied for a YES Alumni Grant with the aim of providing a safe space for peaceful conversation through football. Football is the most popular sport in Nigeria. It has a dedicated fan base, both for local and international teams. It is one of the few things that brings people of different backgrounds and beliefs together. Games are broadcast in large viewing centers for citizens that can't afford cable at home to come and watch their favorite teams play. Community soccer fields and stadiums are areas of relaxation, where youths and older generations alike come to play and watch. Amateur teams provide a unique outlet to use the sport as a tool for peace. 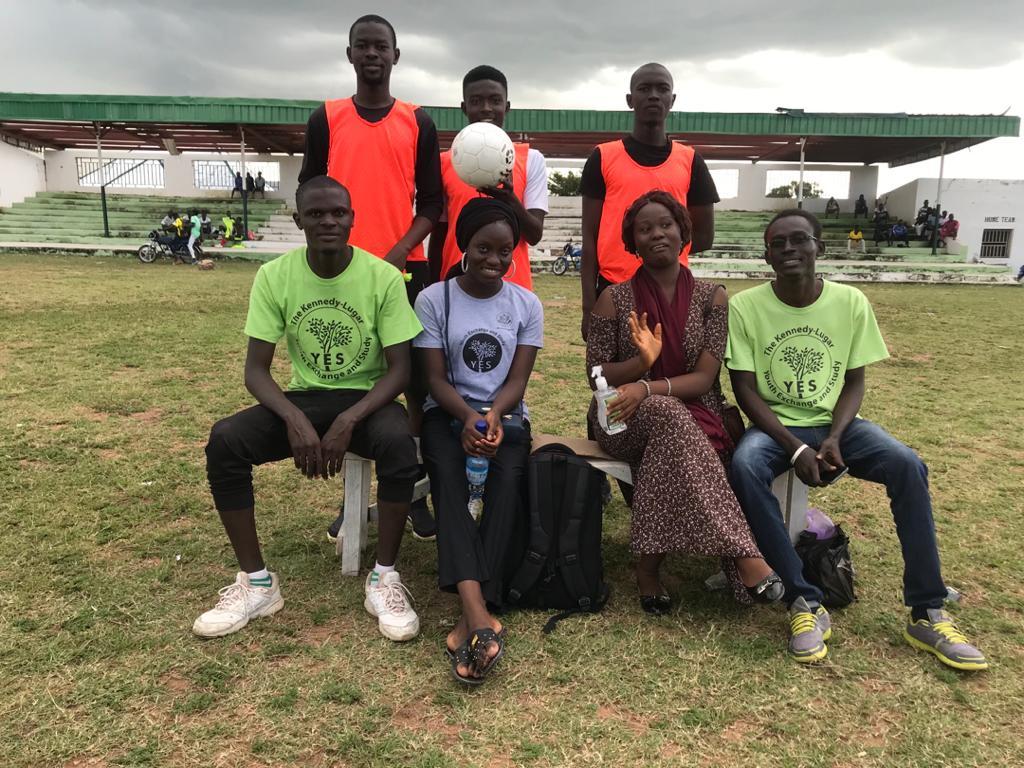 Alumni and match officials at a match in Billiri

The #Football4Peace2020 project was held in three phases from July to November 2020. In the first phase, our project team visited communities in 11 local government areas, organizing meetings with emirs, leaders, and youth groups. The visits served as a gauge for how peace and peaceful coexistence has been maintained, and we learned the history and traditions of many tribes. Going to these communities also afforded us a unique opportunity to meet with youth community leaders and recruit community-based teams to participate in the tournament.

In the second phase of the project, 16 teams from all over the state were invited to a workshop to learn about the tournament's objectives and expectations. We also held sessions with two religious leaders and two youth leaders from each faith. The youth leaders discussed navigating the diversity of Gombe State and their efforts at promoting inclusion. The religious leaders discussed what each faith teaches about peace and living with people from different faiths. The workshop served also as a networking platform for the teams’ officials and players. One of the teams even visited another community for a friendly match before the official start of the tournament! 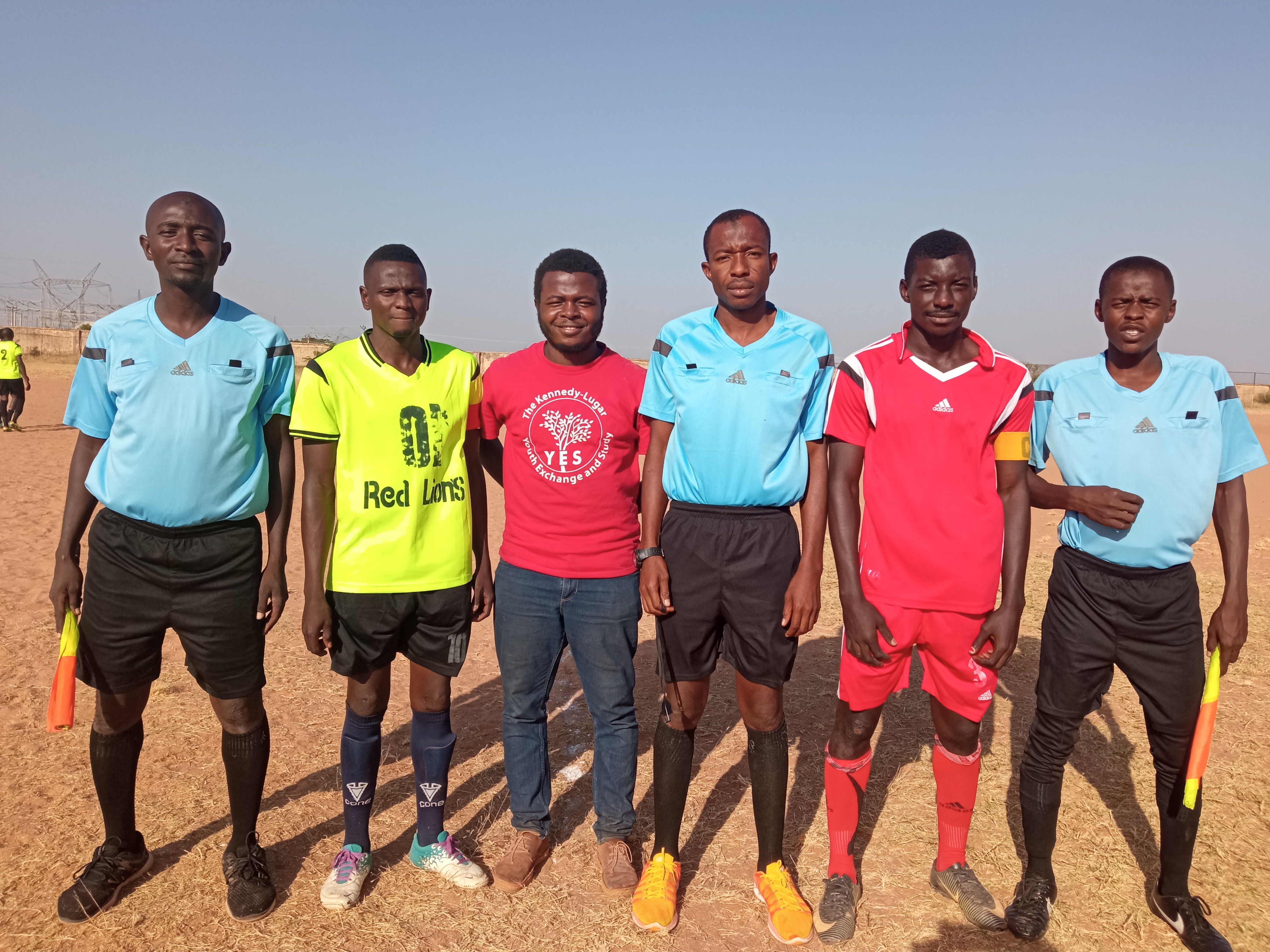 The third phase of the project was the tournament itself, held with 16 competing teams. The tournament engaged over 15,000 people. With radio programming and online engagement, I estimate that over 42,000 heard about the #Football4Peace tournament and learned about its mission and goals.

I want to acknowledge the support of the YES program and the U.S. Department of State for funding this project through the YES Alumni Grant program, my team of volunteers from KL-YAAN and USG Alumni Gombe State Chapter, and our partners: the Gombe Media Corporation, Hope Foundation for the Lonely Gombe, Equal Access International, Farar Tattabara, Irimiya Jalo, and Mark Mabudi. I also want to extend my profound gratitude to the communities and team managers who worked tirelessly. Their efforts are remembered fondly.