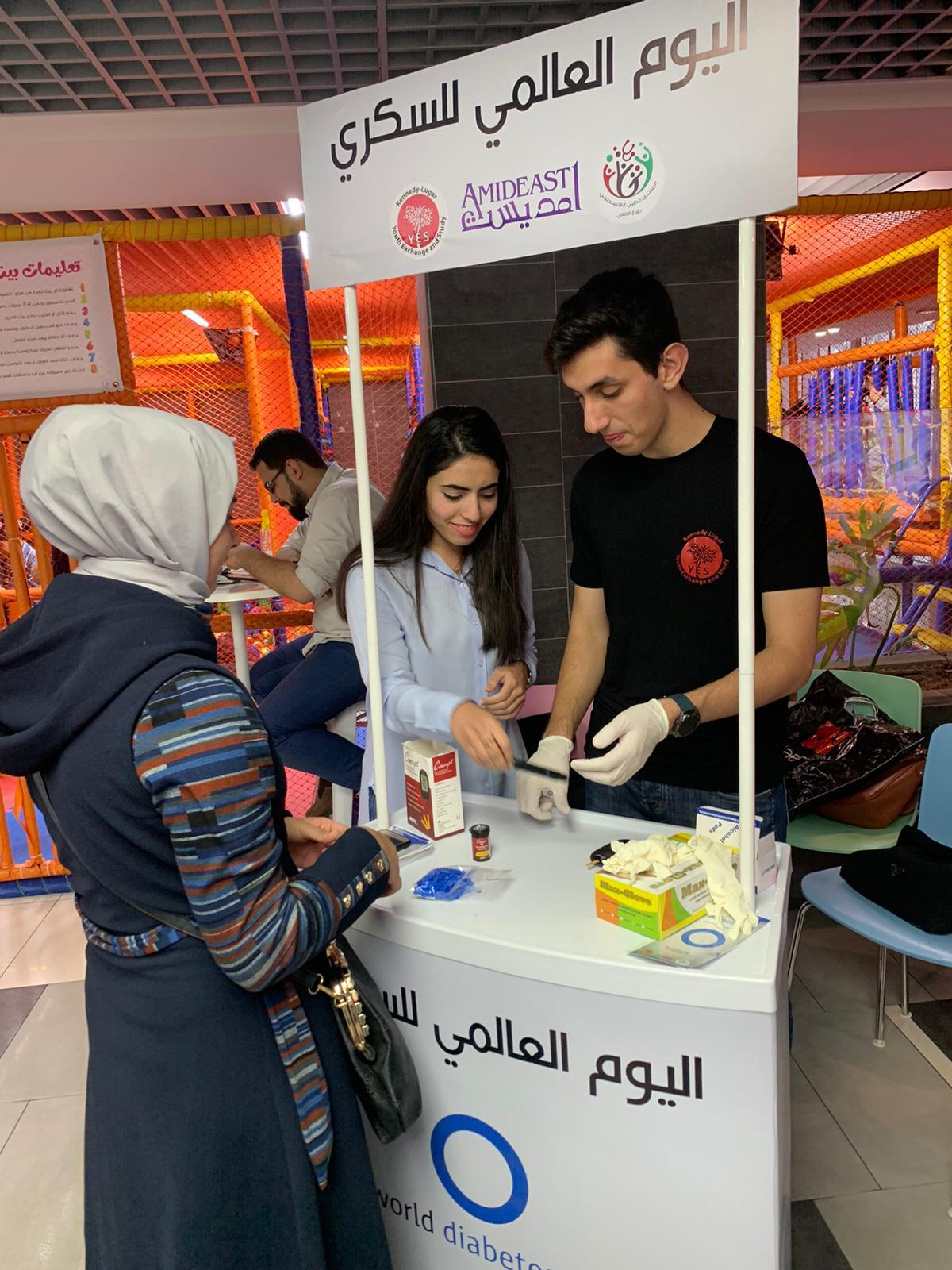 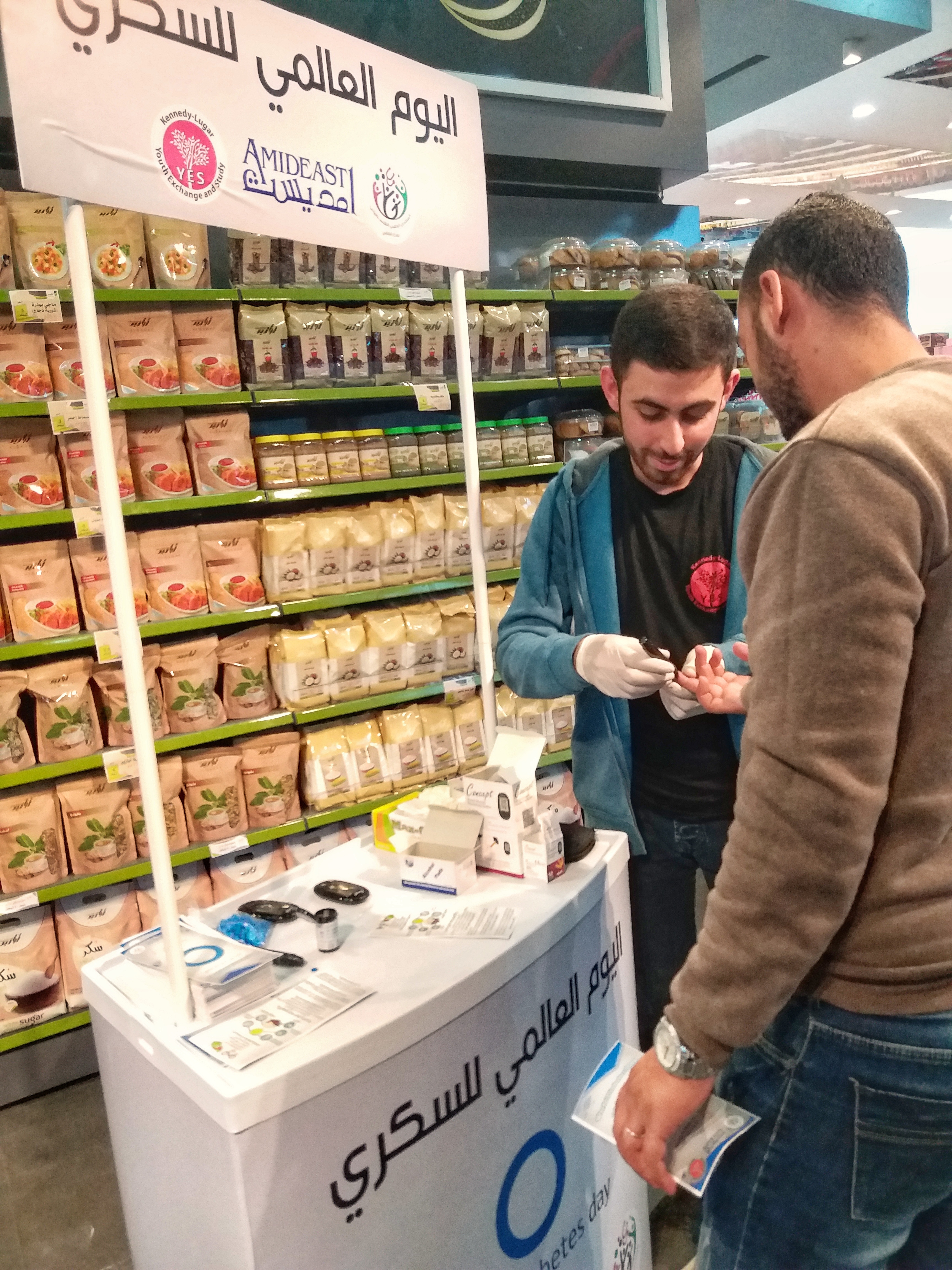 Many people do not know that November is the “Blue Month” to raise awareness on diabetes. On November 21 and 23, the YES alumni in Gaza collaborated with a local medical students association called the Palestinian Medical Forum to organized a Diabetes Awareness Campaign. Through this initiative, the YES alumni taught more than 500 people about diabetes in two cities, Khanyounis and Gaza City. 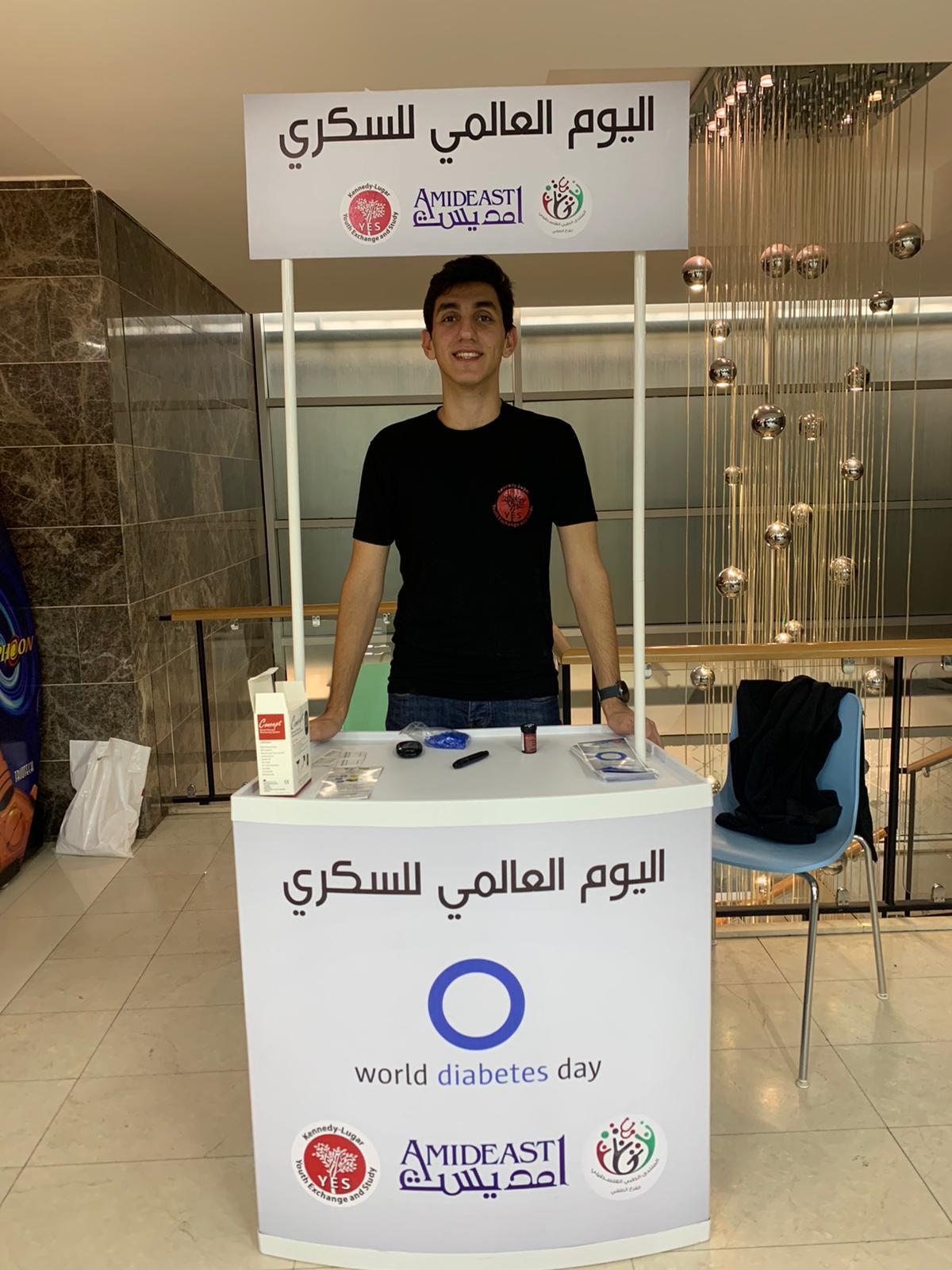 Marah Almallak, Abdallah Mohanna, and Khaled Zaqout held booths at the Meat City Supermarket, Capital Mall, and Makka Mall, where they distributed brochures about diabetes. The YES alumni talked to clients about diabetes, its types, predisposing factors that lead to diabetes, symptoms, and preventative care. In addition, the YES alumni provided free random blood sugar tests for the people there. Thanks to this campaign, the YES alumni shared wellness tips with their community, and promoted preventative care against diabetes. 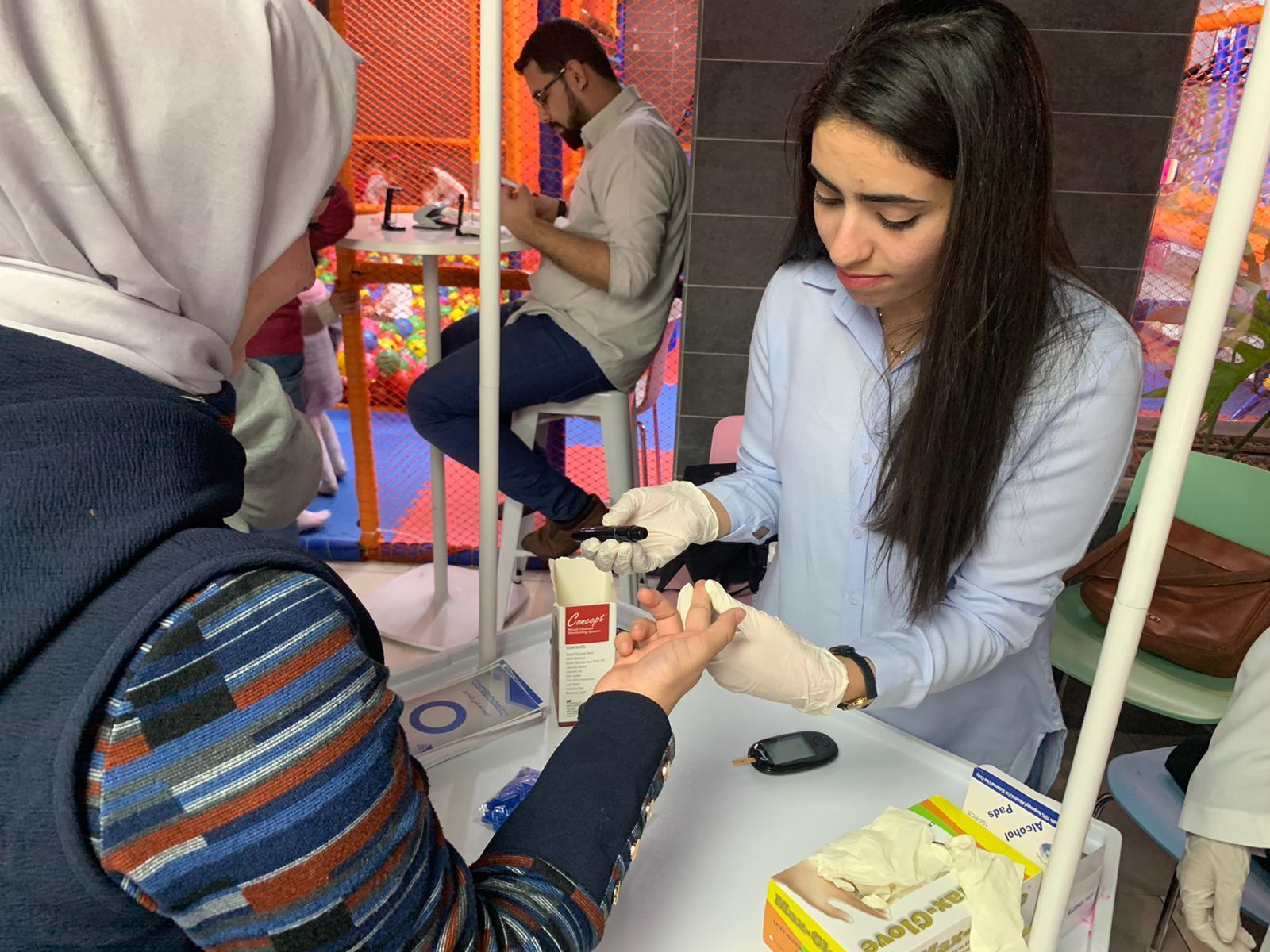