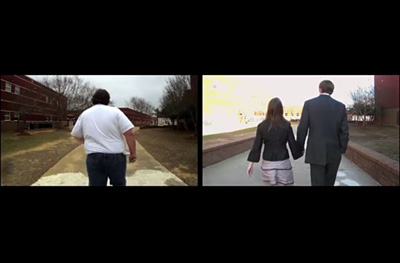 Gulshan Prince, a Kennedy-Lugar YES student from Bangladesh living in Tupelo, Mississippi, won the Grand Prize for a video Public Service Announcement (PSA) he wrote and directed in the Healthy Tupelo Student Media Contest. He will receive $1,000 and his PSA will be shown on four local TV stations.

On February 3, 2011, the City of Tupelo Mayor’s Healthy Task Force launched the Healthy Tupelo Student Media Contest. All students from kingergarten through university living or attending school in Tupelo, Mississippi were invited to create and submit a 15-30 second PSA about health, nutrition, exercise, or safety. Gulshan spent two weeks making his PSA, "Bob or Joe?," with his friends. His PSA received 457 votes before the the deadline on March 4, 2011, putting it in first place by 89 votes. Gulshan said of his sucess, "All the students of our town, and people from my country helped me win it by voting for me. I am so grateful to them and thank them from the bottom of my heart."

For more information on the contest, please visit the sponsor's website: http://www.tupeloms.gov/development/community-development/htsmc/