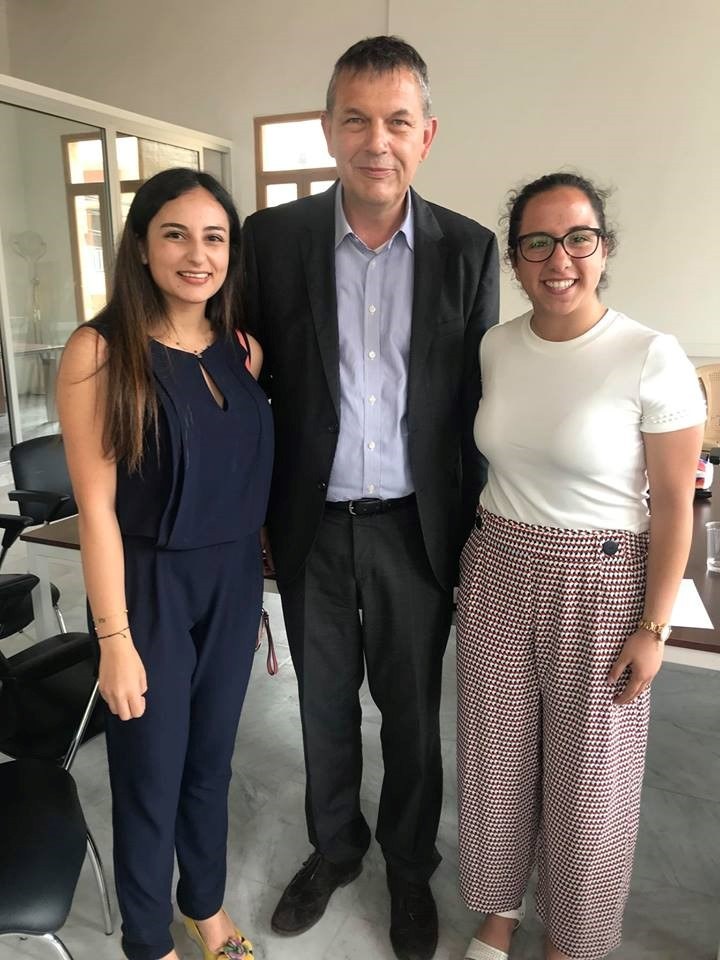 Photo: Maria Abdelnour (YES ’15) and Hiba Antoun (YES '14) pose with the Resident Coordinator of the UN in Lebanon, Mr. Philippe Lazzarini, during his visit to Jezzine Hub

Since 2004, YES alumni in Lebanon have been actively working towards making their local communities a better place, and YES alumna Hiba Antoun is one of these dedicated young leaders.

Hiba Antoun (YES 2013-2014, Lebanon, hosted by AFS in Gladstone, MO) is one of five young leaders who initiated and currently manage Jezzine Hub, a community center for cultural activities and supporting entrepreneurial projects. The Hub was launched in July 2016 and it is funded and supported by the European Union, the Italian Agency for Development Cooperation, Oxfam, Lebanese NGO Development for People and Nature Association, the Jezzine municipality, and the Union of Municipalities of Jezzine. Hiba is not the only active YES alumna in the Jezzine area; Maria Abdelnour (YES 2014-2015, Lebanon, hosted by AYUSA in Anoka, MN) is also a youth leader at the Jezzine Hub.

On April 17, 2018 Hiba, along with the Hub’s other youth leaders, planned and implemented an Access to Finance event at Jezzine Hub. The goal of this event was to introduce young entrepreneurs in Jezzine and nearby regions to potential sponsors that provide funding for businesses. This event included presentations and a workshop on how to become a successful entrepreneur.

The work of the Hub was recently featured in the Daily News Lebanon, and the article includes quotes from Hiba about their important work!

In addition to being an active member of the YES alumni network in Lebanon and managing Jezzine Hub, Hiba is a volunteer at the local NGO Development for People and Nature Association (DPNA).

Hiba testifies that the YES program introduced her to the concept of volunteering and highlighted the importance of community service. After her year in the U.S. she developed a sense of responsibility and the urge to act as a responsible citizen and contribute towards the well-being of the community.

Today, Hiba shares, “The thing holding us back as individuals in our communities is the lack of sense of ownership and the lack of the need to be engaged more. Volunteering and serving the community is a culture that we should adopt in our daily lives.”