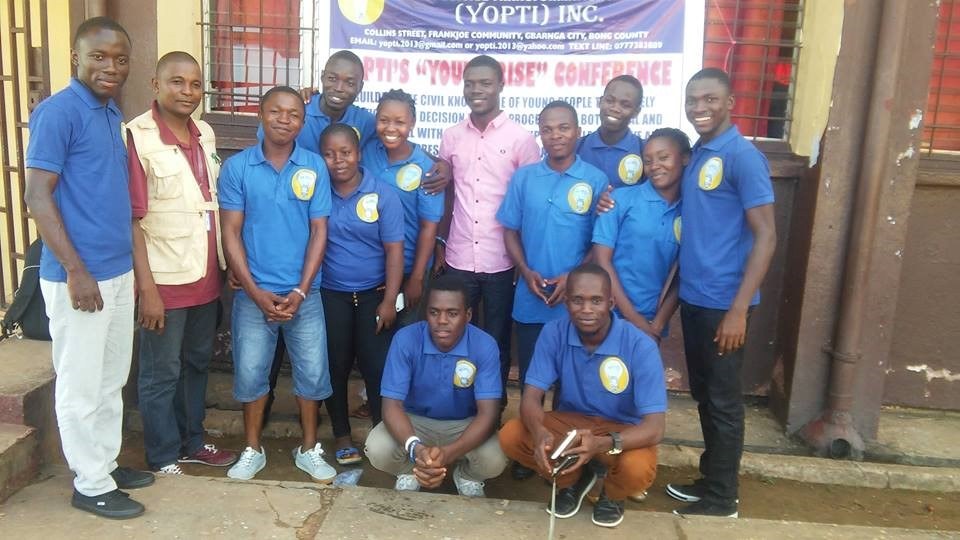 Currently, Liberia is gradually recovering from the consequences of a fourteen-year civil crisis and requires efforts of citizens, the government, and its international partners in making gains in growth and sustainability. One consequence observed in the Liberian society is low levels of civic education, which contributes to poor voter turnout, electoral violence, and other human rights abuses during national elections. It also has serious negative implications on the country and affects most especially the youths who make up approximately 65% of its population. Often, bad leaders who cannot fulfill promises made to constituencies during election periods are elected for public offices. This is because the majority of the young people lack basic civic knowledge, and as a result, are more often deceived and used as campaigners for these bad leaders. They are pushed into the habit of selling their votes as a form of temporary employment, just trying to make ends meet, especially during political eras. Their involvement has led several segments of society to stereotype youths as the problem.

The Youth Rise Project was initiated and implemented by the Youth Positive Transformation Initiative (YOPTI) to help build the civic knowledge of young people so as to enable them to actively participate in the relevant decision-making process of the 2017 Legislative and Presidential Elections in our country, Liberia. The project was funded by Kennedy Lugar Youth Exchange and Study (YES) Alumni Grant Program.

The Youth Rise project was intended for youth above the age of 18 because we wanted to educated people that meet the voting requirement in Liberia. We recruited 300 youths ages 18 and above from various communities and schools in Gbarnga region to participate in the project. 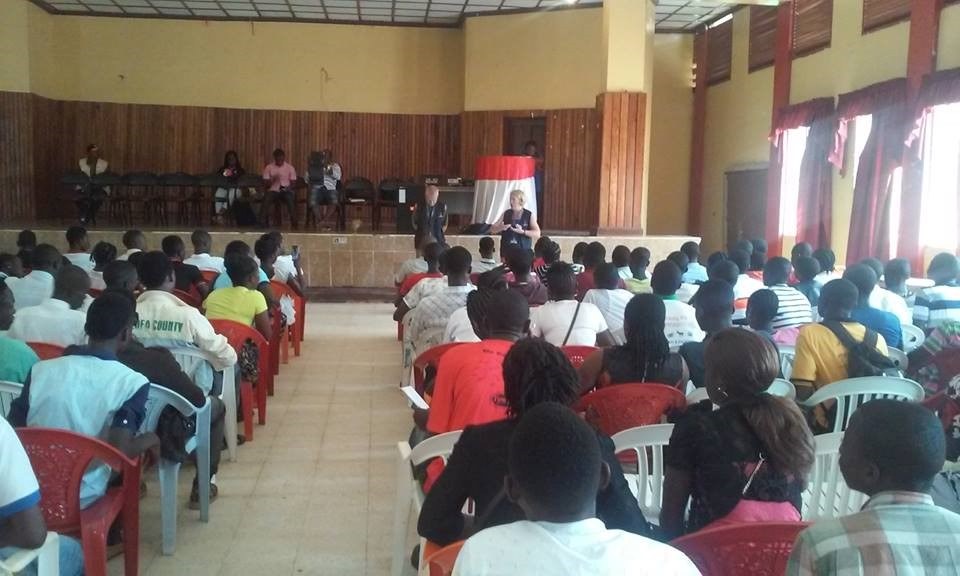 Youth listen in during the workshop

This project involved three main parts: recruitment, spreading awareness, and execution. From August 15 to 25, 2017, we had various consultative meetings with our partner organizations in regards to the successful implementation of the project. We also recruited 300 students from various communities and schools in Gbarnga. The following week, from August 25-30, we used local radio stations in Gbarnga to spread awareness about the project. In addition to the local media, we printed flyers about the project and explained the impact it will have on students after being successfully implemented. 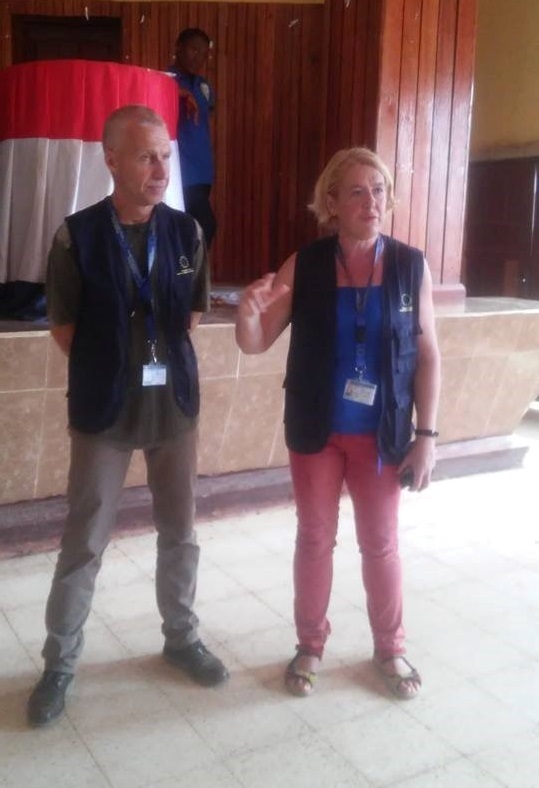 Facilitators speaking during the workshop

Our project was finally executed from September 10 to 15, 2017. During this time, we conducted a two-day intensive workshop, where we were able to educate up to 300 students from various communities and schools in Gbarnga about civic responsibility and the importance of being involved in the decision-making process of one’s country. We had facilitators from different organizations, NGOs, and government branches, including the National Election Commission of Liberia (NEC). We also created the opportunity for students who participated in the workshop to return back to their various institutions to try and educate their peers about civic responsibility. For each institution, we organized sub groups and provided workflow in order to enable them to smoothly disseminate the knowledge the gained from the workshop.

At the end of the project, students were evaluated to see if they really captured the materials presented and learned how can they use that knowledge to be actively involved in civic decision-making that can positively impact their life and the lives of others, thus contributing to peace and democracy in the country.

We were able to train and educate the 300 youths about civic responsibility and the importance of taking part in the decision-making process of one’s country.  Success was measured based on participants’ feedback upon completion of their training sessions. At the end of the project, students were given a survey to complete based on their experiences and the content they learned from the training.  The survey results demonstrated that about 90 percent of the students that participated fully understood the concepts taught and were leaving with the potential and confidence in their abilities to disseminate the information to others. 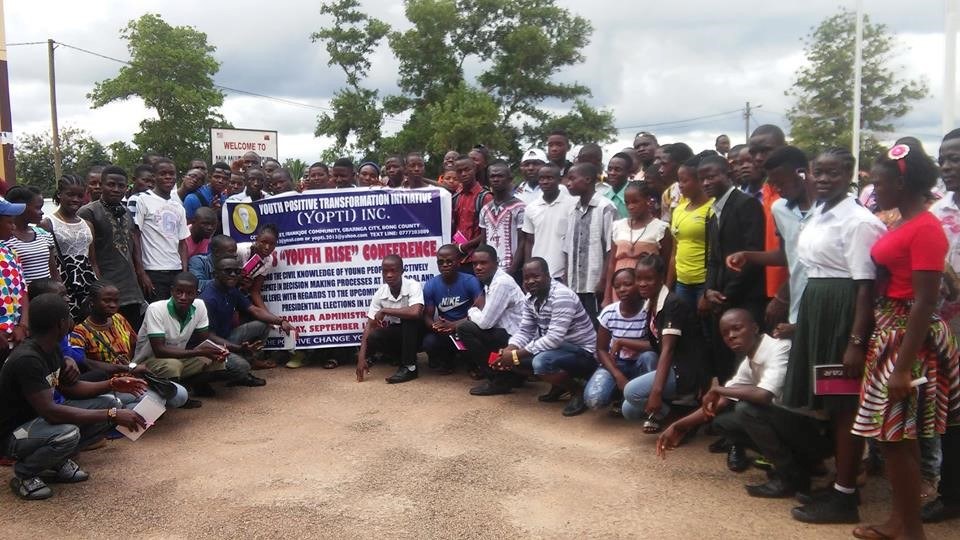 Group photo upon completion of training

We have come to understand that civic education plays a vital role in maintaining peace and stability and encouraging people to actively get involved in the decision-making process of their country. It is important that people know the meaning and significance of civic responsibility, particularly in a country were peace is fragile due to the fourteen-year civil war. Civic education projects like this are usually carried out during a political season in the country, and as part of our mission as a youth organization, we want to turn it into an ongoing project where our activities will focus on rural communities in Liberia. In addition to our projects, which include leadership training, career development, and volunteerism among other capacity-building programs, we will continue to collaborate with our partners and other civic service organizations to implement programs for people primarily in rural areas, where they will be educated on the importance of civic responsibility.

Our project, “YOUTH RISE” was a success! However, it would not have been possible without the help and support received from many individuals and organizations. We are heavily indebted to the U.S. Department of State Bureau of Educational and Cultural Affairs for sponsoring our project. We would like to express our gratitude towards our partner organizations including the National Election Commission of Liberia (NEC) and all the facilitators for playing a major role in the implementation of the project.