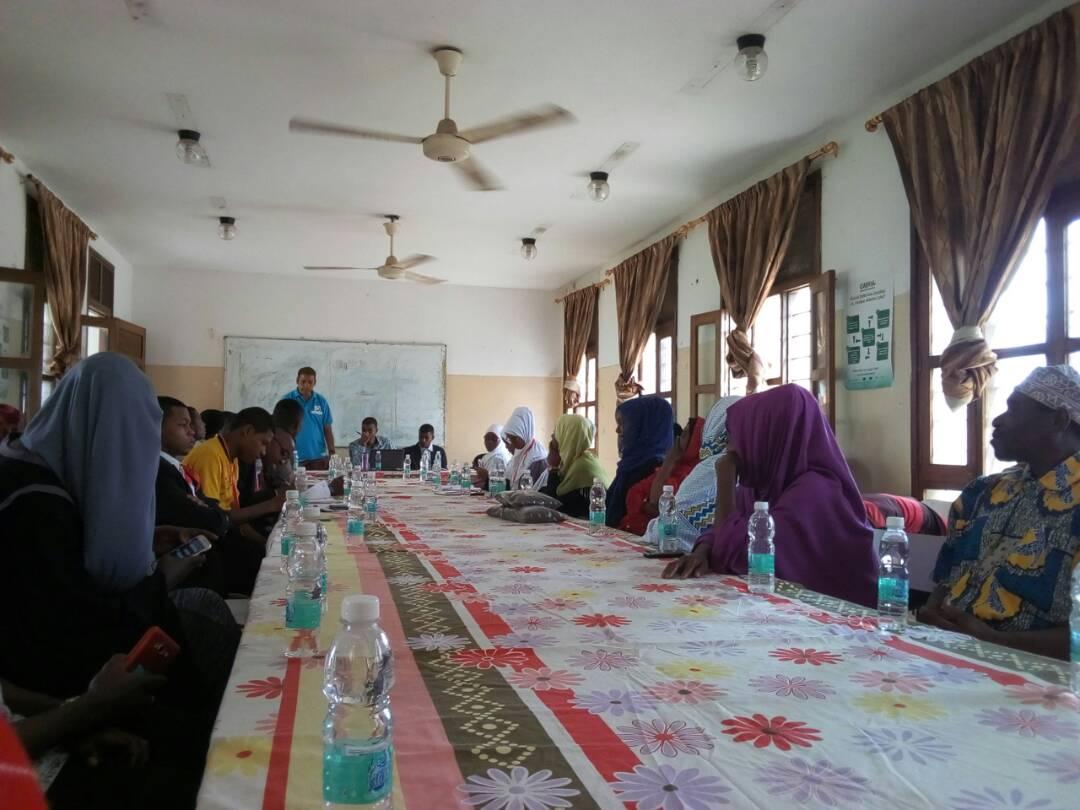 The geography of Zanzibar is made from various types of limestone, with erosion and weathering responsible for the variety of red earth, clays, and sands found across the island. The land is covered in different vegetation, such as coconut palms and other endemic trees.

With such a wide environmental variation across the island it becomes difficult for communities to learn what conservation techniques work best for their surroundings. A number of conservation and sustainability groups have been organized over the past few years, such as the environmental education program: “Sustainable East Africa.”

However, these groups do not always reach all of the island’s communities. To help create an awareness among smaller communities about environmental conservation, YES alumni in Zanzibar organized an Earth Day event. 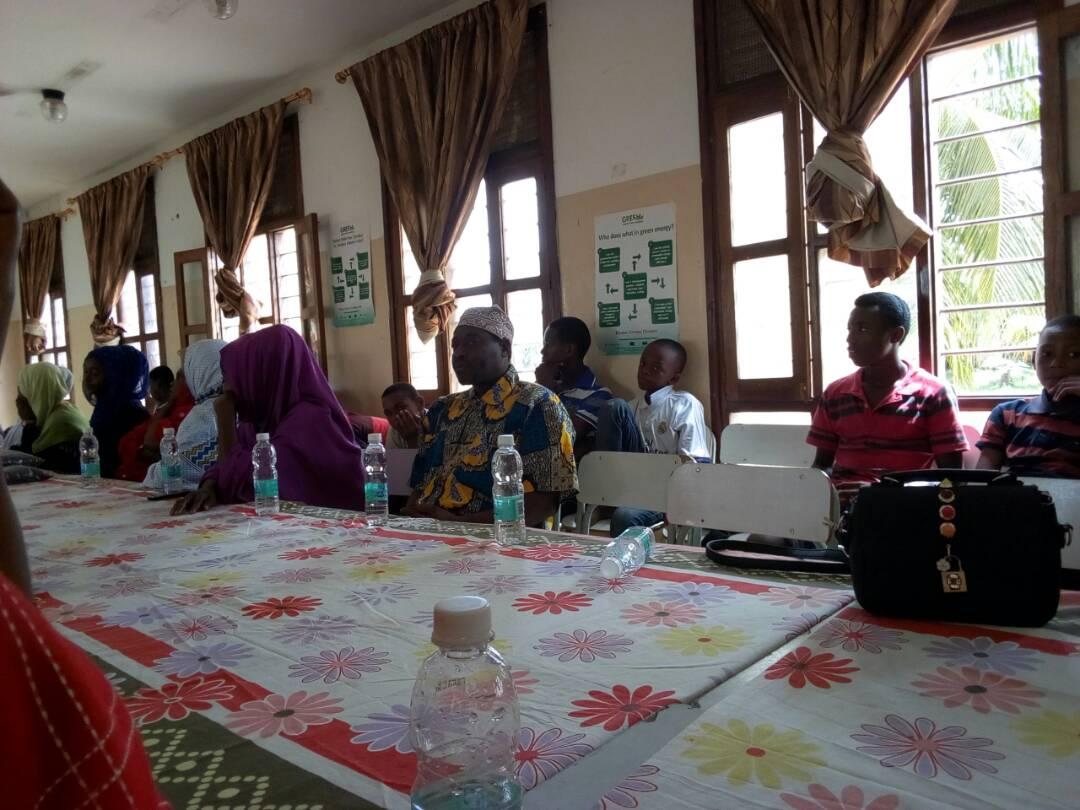 The event took place at Elimu Mbadala Hall in Raha Leo, Zanzibar, a centered location so people from nearby communities could join in the conversation. Experts from the Zanzibar Environmental Management Authority (ZEMA) also came and led a discussion on the importance of controlling and protecting the environment.

One topic discussed was the idea of using carbon sinks as a way for communities to conserve their environments. Carbon sinks are trees planted to help absorb carbon dioxide from the surrounding atmosphere. They also benefit communities because the trees soak up any standing water that could attract possible virus-carrying mosquitoes.

In addition to ZEMA experts, the alumni also invited a local community club known as the Shaurimoyo Ward Development Society (SHAWADESCO) to give a presentation about their conversation efforts. SHAWADESCO members explained how they compost most of their community’s waste to create fertilizer for the local farmers.

According to a recent study done by the United Nations, Zanzibar’s good soils and rainfall make the island great for agricultural growth. However, the soil can sometimes be too light. By utilizing homemade compost, farmers would not only be reducing their waste but would also be benefiting the soil to make it more durable for tilling.

After the event, the 70 community members who attended pledged to share their newfound knowledge about environmental conservation within their respective communities. Shughaib Abdi (YES alumnus 2008-2009, Tanzania, hosted in Wilkes Barre, PA by ASPECT) said people were happy the event allowed them to share their thoughts on what environmental conservation should entail.

“We discussed the need of conserving the environment through an open dialogue where most community members agreed that everyone is responsible and obliged to protect the environment,” Shughaib said. “The event also brought an extreme impact on the attendees to send the message of reducing garbage in their living areas.”

Other YES alumni involved in this event include: