A Book Drive for the Students 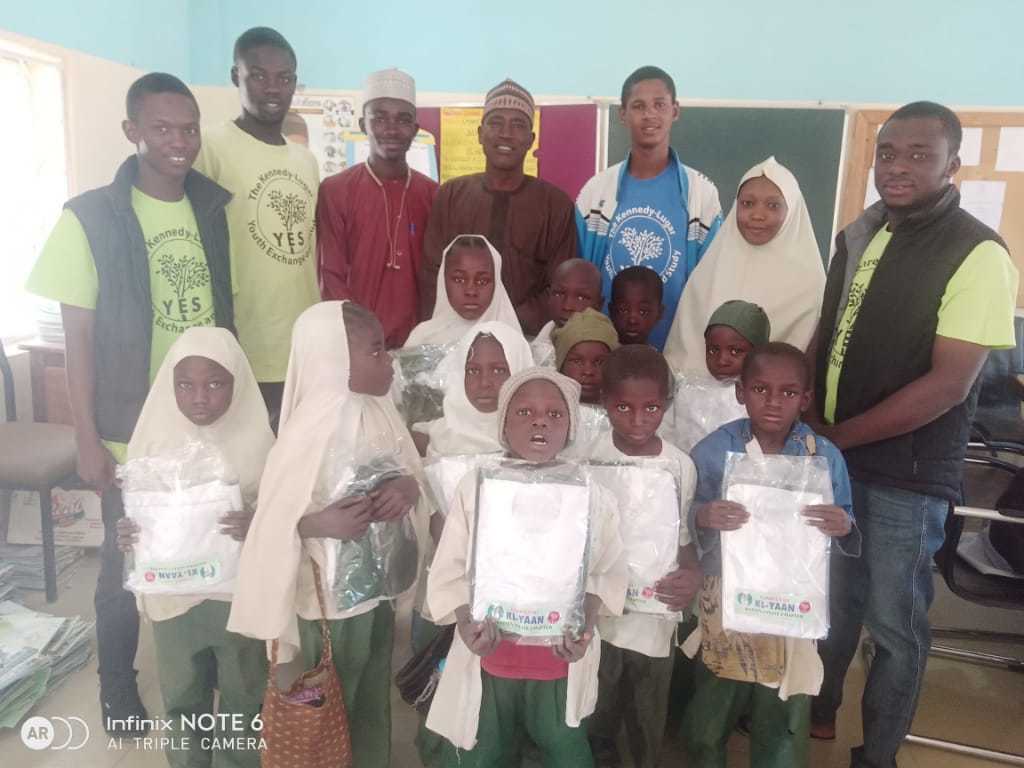 The KL-YES Alumni Association of Nigeria (KL-YAAN) in the Katsina State was looking for their next project to conduct in their community when one fell right into their laps. During a visit to the Hassan Usman Primary School, they found that many students come to class and do not have access to textbooks and their uniforms are torn apart. This same issue with textbooks was found at the Government Day Secondary School in Kofar Kaura. In Nigeria, primary and secondary schools have populations of orphans and less privileged children who are committed to learning but may not have the supplies to succeed. Because of this, the alumni decided to help these students and the schools by starting a book drive to collect new materials for the schools. They were also able to sew new uniforms for some students in need. 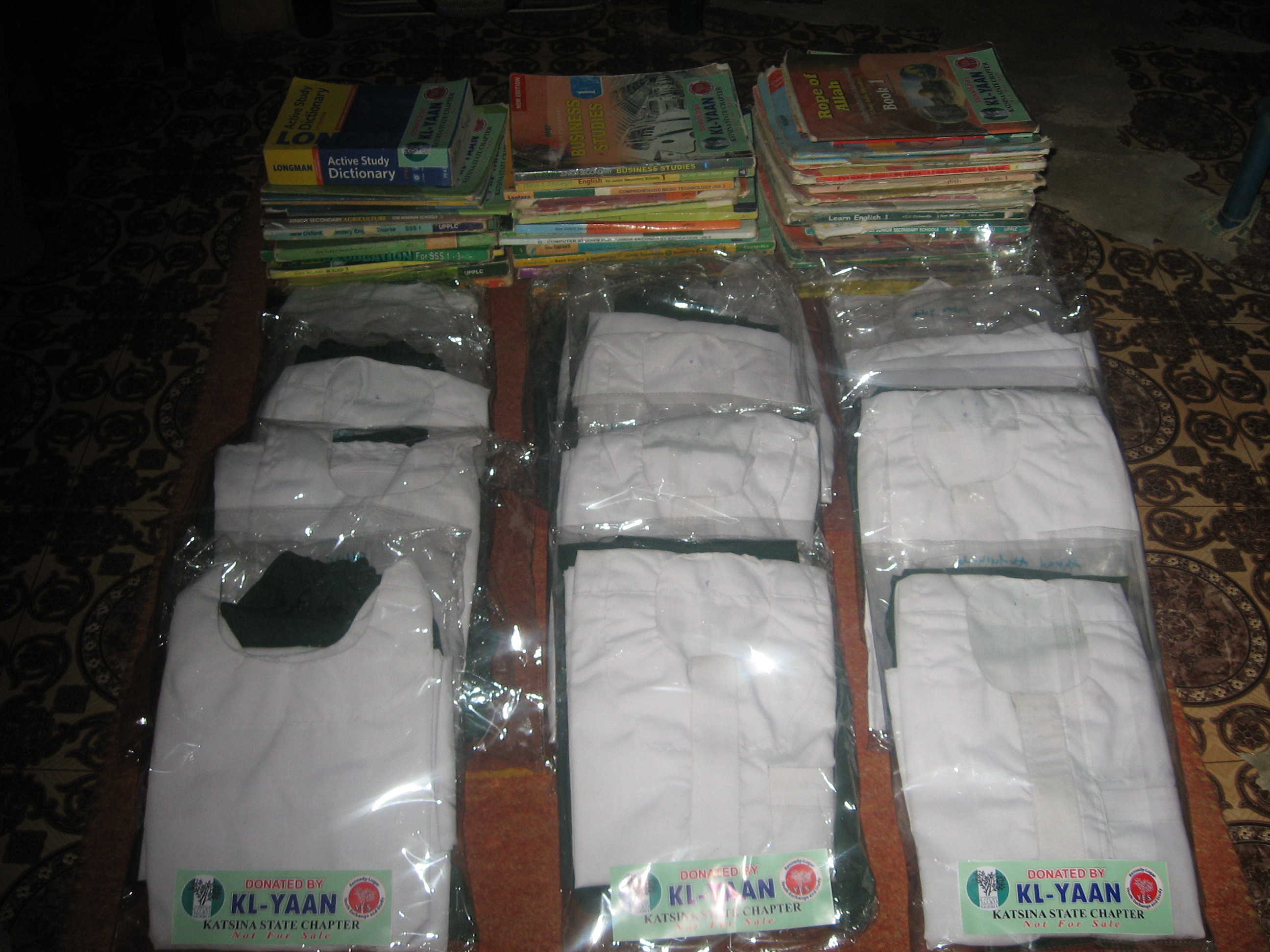 A teacher, who is also a parent from Hassan Usman, showed the alumni the issue first hand during their initial walkthrough of the school. She told the alumni that some of the student’s parents have passed away or are ill and cannot afford books or new uniforms. So the alumni began to advertise for books and donations throughout the community in order to gather a variety of books for both primary and secondary students. The chapter collected various books in subjects like Science, English, Social Studies and Mathematics for two weeks as well as cash donations from donors. After everything was counted, the alumni had collected an astonishing amount of 80 books to donate to the schools. With the donations and help from other funding, the alumni also sewed 12 uniforms for students in need at Hassan Usman.

Once the alumni brought the books over to the schools, the principal and headmaster expressed gratitude for the alumni and were shocked because they had never received a donation like this before. At Hassan Usman, the alumni handed the books to the children to start using for their classes immediately to continue to enhance their education. The uniforms were given out to the 12 students as well and they looked happy and neat in them. At Government Day, the principal told the alumni that the books would be shelved in the school’s library for all students to use. This way all of the students can share the new materials and they can be used for future generations of students. 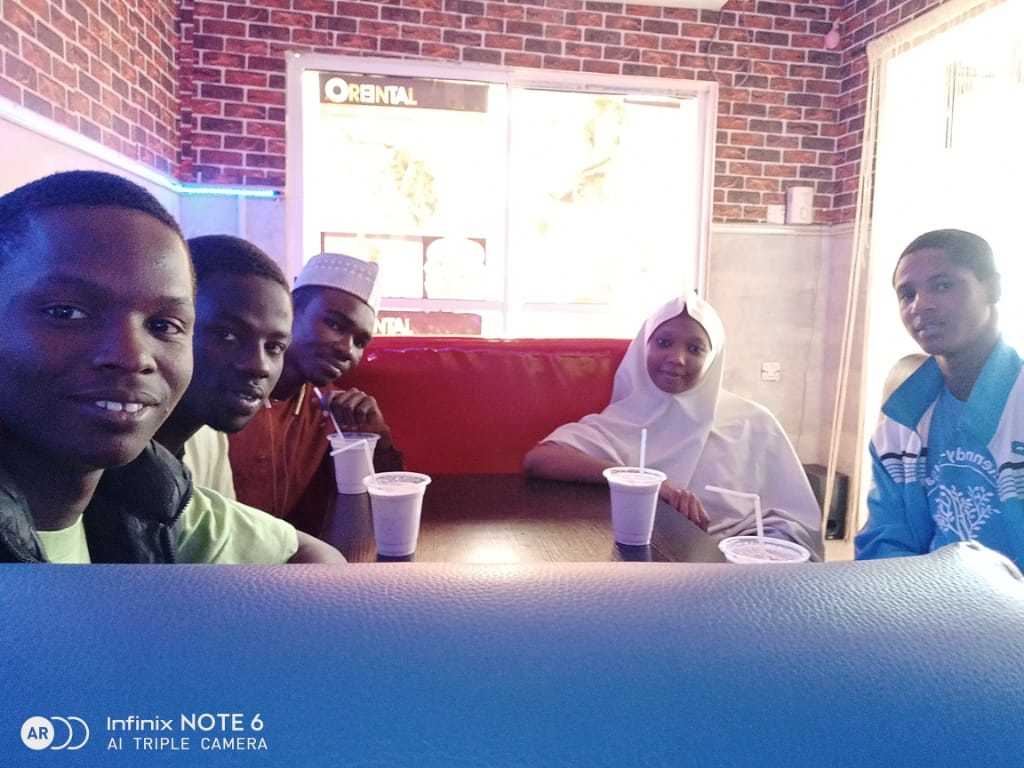 The alumni were shocked and grateful for the number of books that were collected in two weeks. Aliyu Lawal Abdussamad (YES 2014-2015, hosted by IRIS in Fort Dodge, Iowa) said the book drive was successful and believes that if they could have started the book drive sooner, more books could have been collected. He also said that the alumni gathered together after donating the books and began discussing other project ideas for less privileged children in their community. Overall, the community will continue to have a great group of alumni who will be aiding their community and its children in any way possible.