A Day in the Life of a Teacher 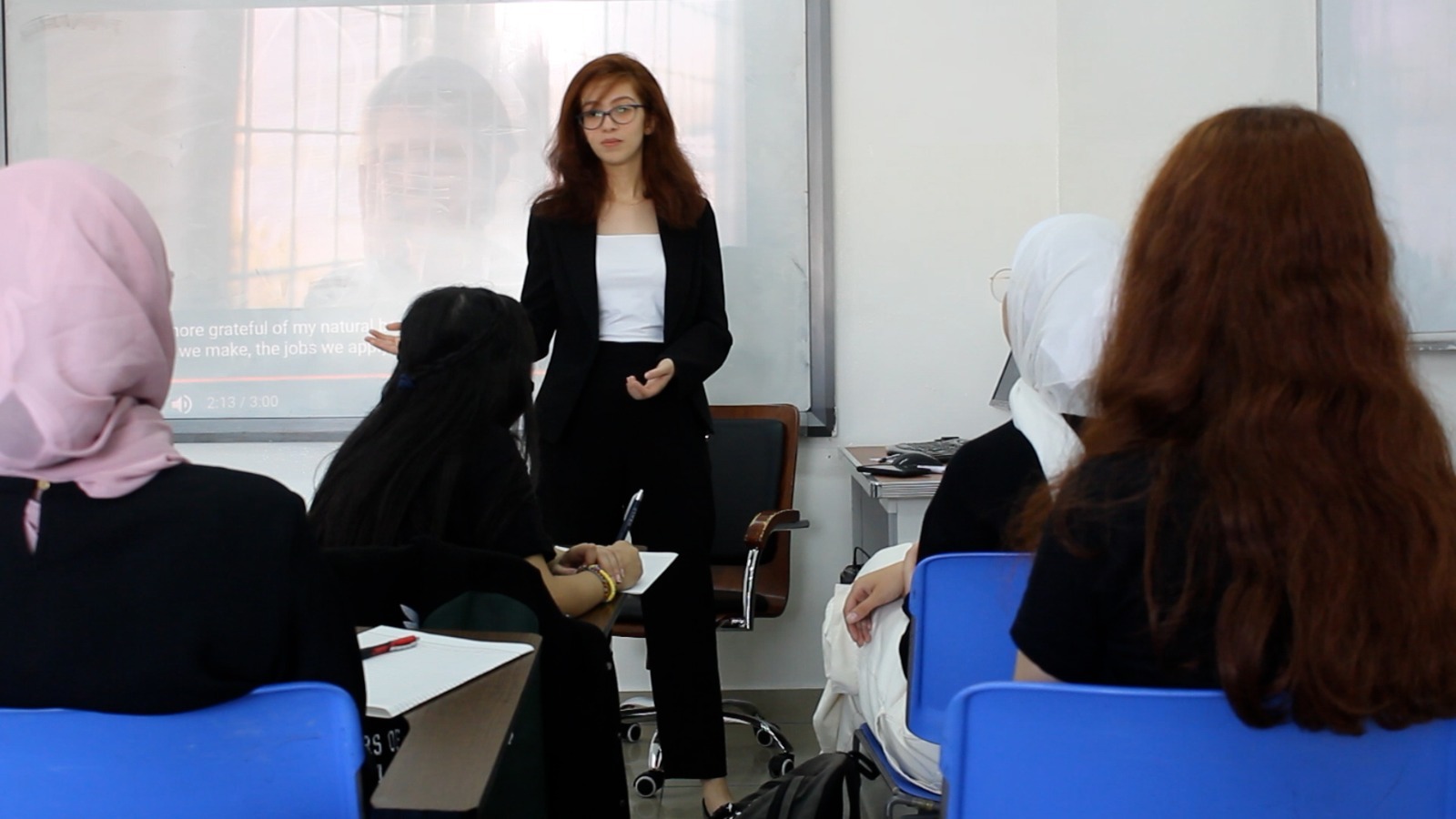 In honor of World Teachers’ Day 2021, 14 YES alumni in Jordan created a video to thank educators for their impact on students’ lives and their commitment to this important profession. For this video project, two YES alumnae, Razan Tubairi and Hala Alfaris, each asked one of their teachers to share stories from their careers. These two teachers each shared a highlight, and then the YES alumni created a script to reenact these memories in the video. After receiving permission from a local school in Amman, nine YES alumni gathered in an empty classroom to film themselves acting out the stories, with five additional YES alumni recording and then translating and editing the video footage.

The first scene depicted a teacher’s lesson with her students about appreciating your own gifts and talents. When the teacher showed a video about self-love, she encouraged her students to embrace their own unique qualities and to love themselves. The second scene was about how a teacher prevented one of his students from dropping out of school. The teacher’s guidance helped the student not only graduate from high school, but also obtain advanced degrees later in life. The final product on Amideast/Jordan’s official YouTube channel and on the Jordanian YES Alumni Facebook page has received over 1,000 views!

One of the YES alumni, Ebraheem Nowar, shared, “It was an enlightening experience as I learned more about what teachers go through. It made me appreciate my own teachers more, so I sent them letters to say thanks for all their hard work.”

YES students deeply value their teachers, both at their U.S. high schools and back in their home countries. Read about the important role an American teacher played in the exchange experience of a Gazan YES alumna here.

A Day in Chicago


Caren from Lebanon talks about her first time visiting Chicago.


The YES alumni in the West Bank visited their community elders at the DAr Al-Kautar residence home.