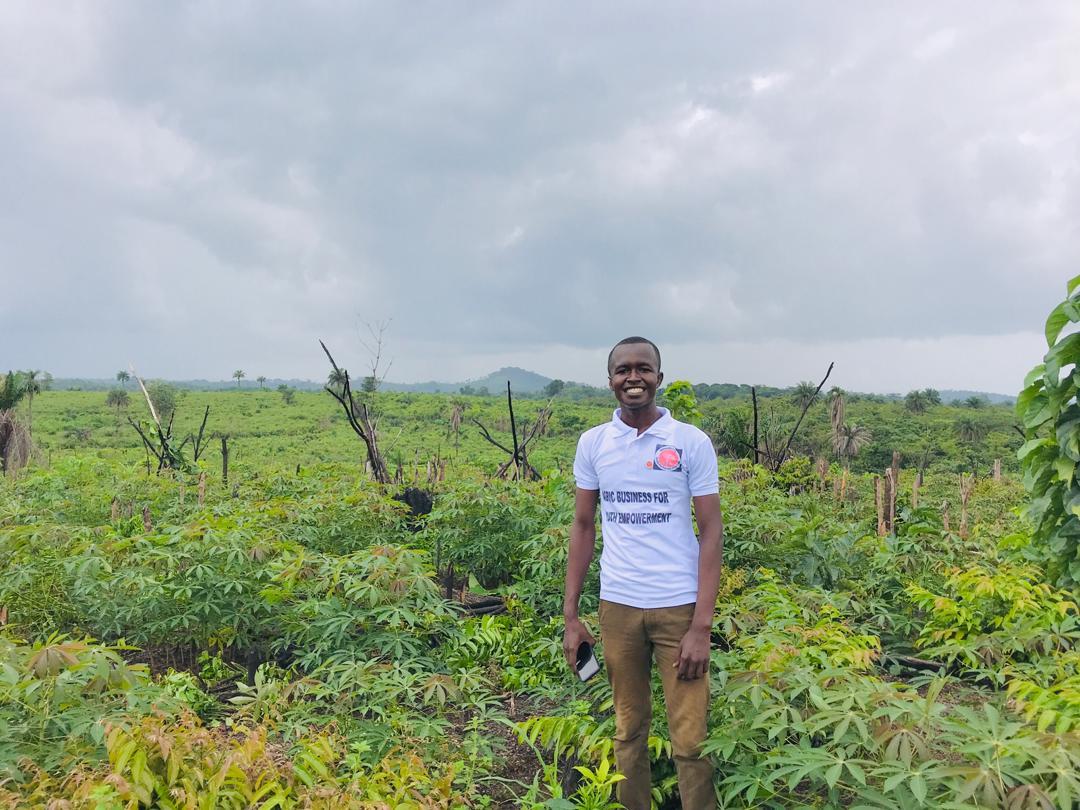 By Allieu Christopher Moiwa (YES 2013-2014, Sierra Leone, placed with AFS-USA in Enterprise, OR)

For decades in Sierra Leone, we have grappled with staggering figures of youth unemployment amidst the vast arable farmlands left untilled.

Recognizing the problem Sierra Leone faces and knowing that our population is one of the youngest and has tremendous potential, I wanted to be part of the solution by engaging in youth agribusiness. This year, I applied for the YES Alumni Grant with four other young people from the Methodist Association of Youth Fellowships Bo/Kenema District and a youth employee in the Ministry of Agriculture.

We started off on self-funding. From donations from philanthropists and believers in youth to non-interest loans and volunteerism, we cultivated the initial plot of 15 acres of land with groundnuts in May 2020. With my eligibility to apply for the YES Grant, I applied to expand on our project with further cultivation and inclusion of other youths from different spheres of life, including people with disabilities and religious and non-religious youth groups/members. Luckily, with my first grant application, I was selected as one of the winners of this year's YES Alumni Grant in June. I met with my team later on after the news of winning the grant, and we added 50 more youths as volunteers/beneficiaries of the project. We are continuing with the expansion of the project with the second phase of cultivation in September with groundnuts/peanuts and corn. 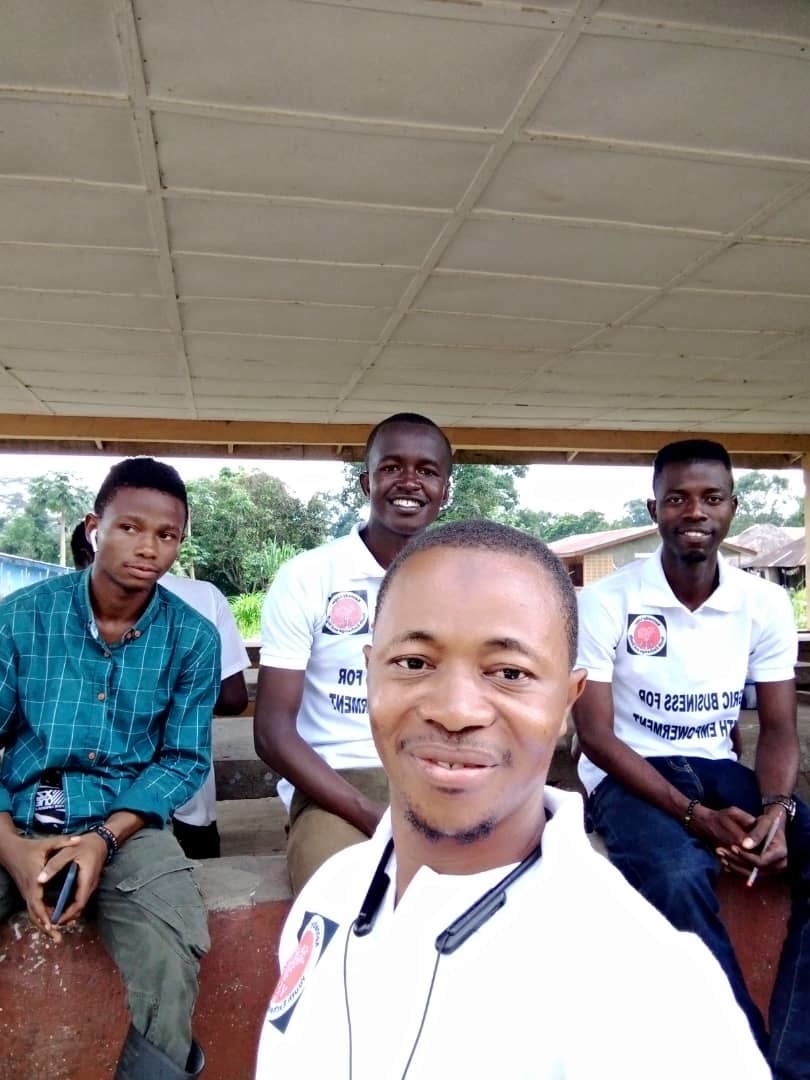 Allieu with young people involved in his project.

In August this year, we began harvesting the first crops cultivated in May 2020. After we finish harvesting, we will sell the produce through luncheon sales with Youth Fellowships and at our markets. We are also going to have a training on social entrepreneurship with the volunteers/beneficiaries and intend to give microloans to volunteers with feasible business plans. In December, we will have a series of other engagements with the disabled communities in Bo/Kenema District, including advocacy on disability rights issues and celebration of the amazing skills and contributions people with disabilities can offer our society.

I was inspired to champion disability rights and be a voice for inclusion after attending the YES Crip Camp Workshop in celebration of the 30th anniversary of American with Disabilities Act. I learned a lot from many people around the world who are making our world more accessible. Because of the workshop, I am having conversations with many of the participants on my projects about glaring accessibility issues in Sierra Leone.

My project targets youths and disadvantaged groups because I see tremendous potential and ingenuity in my peers. If they are inspired and supported, they could both empower themselves and contribute to nation-building. Through this project, many of the young people involved are going to school or becoming engaged in other spheres of life. Young people who have had little hope for the future have realized that agriculture, which they thought of as a blue-collar job, is quite a rewarding and fulfilling venture. Many have committed to engaging in agriculture and entrepreneurship even as they follow other career paths. They believe agriculture should be everyone's activity.

The success of this project will be easier to measure once it is completed but, even now, our initial harvest has resulted in numerous benefits, from the skills, mindset, and insight gained by youths to the social barriers broken through education on disability issues and our collective role to alleviating them.

My dream is to have this project sustained through other support mechanisms and for it to eventually be expanded to a fully mechanized agribusiness that benefits the wider youth population and the nation. I will continue sharing stories of the impact of the project, not just to attract additional funds for expansion, but to inspire young people near and far to see agriculture and entrepreneurship as great avenues for employment and empowerment. I look forward to having this project transformed into a Community Based Agricultural and Humanitarian Organization after completion of the YES Grant.

I believe our world needs farmers as much as any other professionals. Even as I am pursuing studies in the health field, I have grown to love agriculture, social entrepreneurship, and humanitarian work.