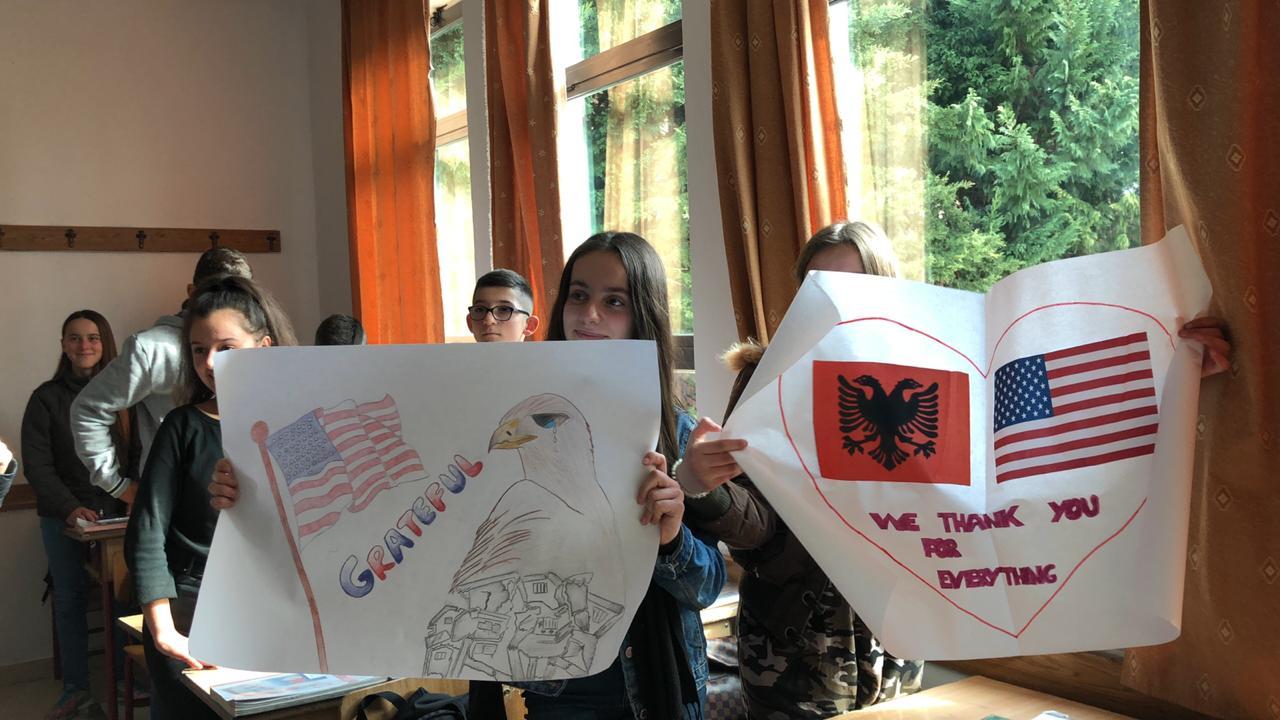 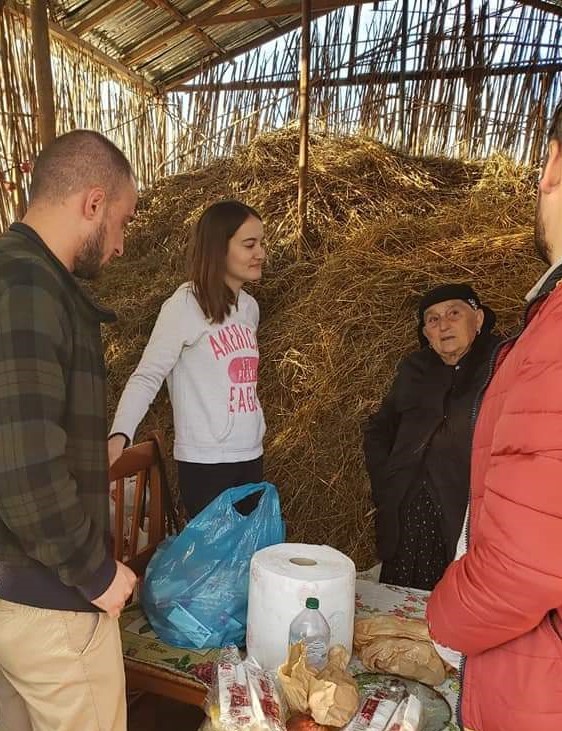 From the early hours after the earthquake, the mobilization of volunteers was immense. Local drop-off points through small organizations were established in Tirana, where people donated food, clothing, blankets, and toiletries. The items were packed and sent to be disturbed to the impacted areas. The sense of unity was the main driving force through those days. A lot of volunteers gave their time, energy, love, and passion to sort all the items collected, to fill in the truckloads, and even to go themselves to the most remote areas that had been damaged and to identify what needed to be done. Eleven alumni donated to a local collection point at the Alliance for the Protection of the National Theater, contributing food, clothing, and blankets. A total of 40 tons of aid from more than 9,000 donors was collected at the National Theater. I personally went with small groups to remote villages in Bubq, Marikaj, and Armathe to deliver aid packages.

Aleksis Staka (YES 2018-2019, Albania, hosted by PAX in Lehi, Utah) visited centers in Tirana where people who had been left homeless spent the first days after the earthquake, spending time playing games with children to cheer them up. 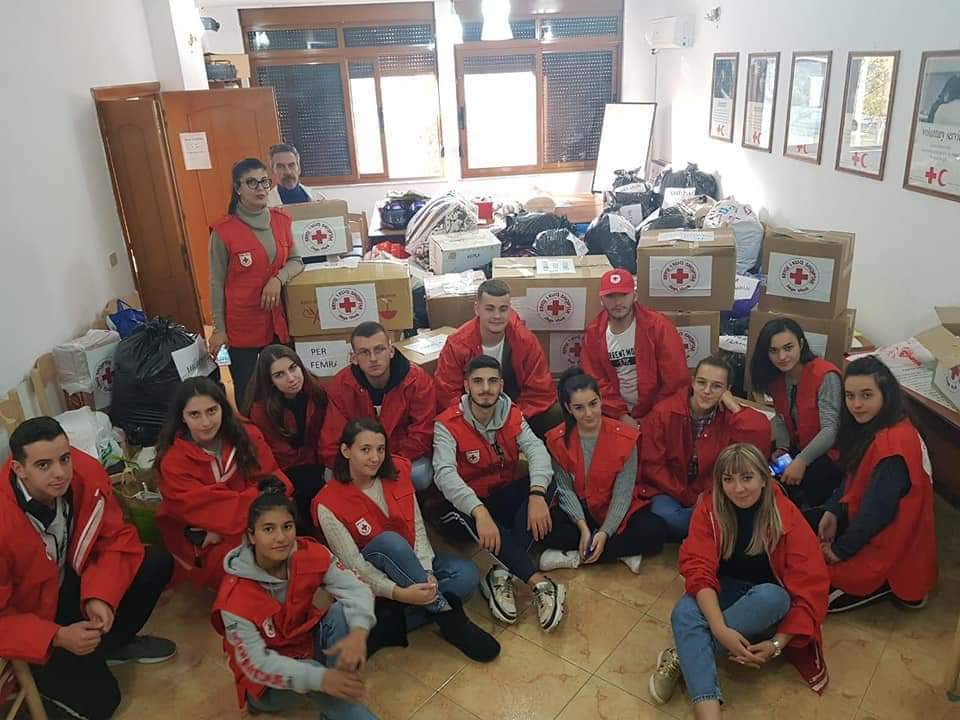 Many hotels throughout Albania opened their rooms to host displaced families. Xhonatan Mehmeti (YES 2018-2019, Albania, hosted by BFF in Cary, NC) together with Emi Xhuveli (YES 2018-2019, Albania, hosted by World Link in Hanford, CA) were volunteers at one of the hotels in their home city, Vlore. Xhonatan helped with delivering packages and providing direct moral support to families, while Emi was an active volunteer at the Red Cross, helping to pack and categorize donations.

Jona Fani (YES  2014-2015, Albania, hosted by PAX in De Pere, WI) donated and volunteered at the center for donations located in her hometown, Shkoder. She helped prepare and deliver packages to Shengjin, a city where many displaced families were sent for shelter and accommodation. 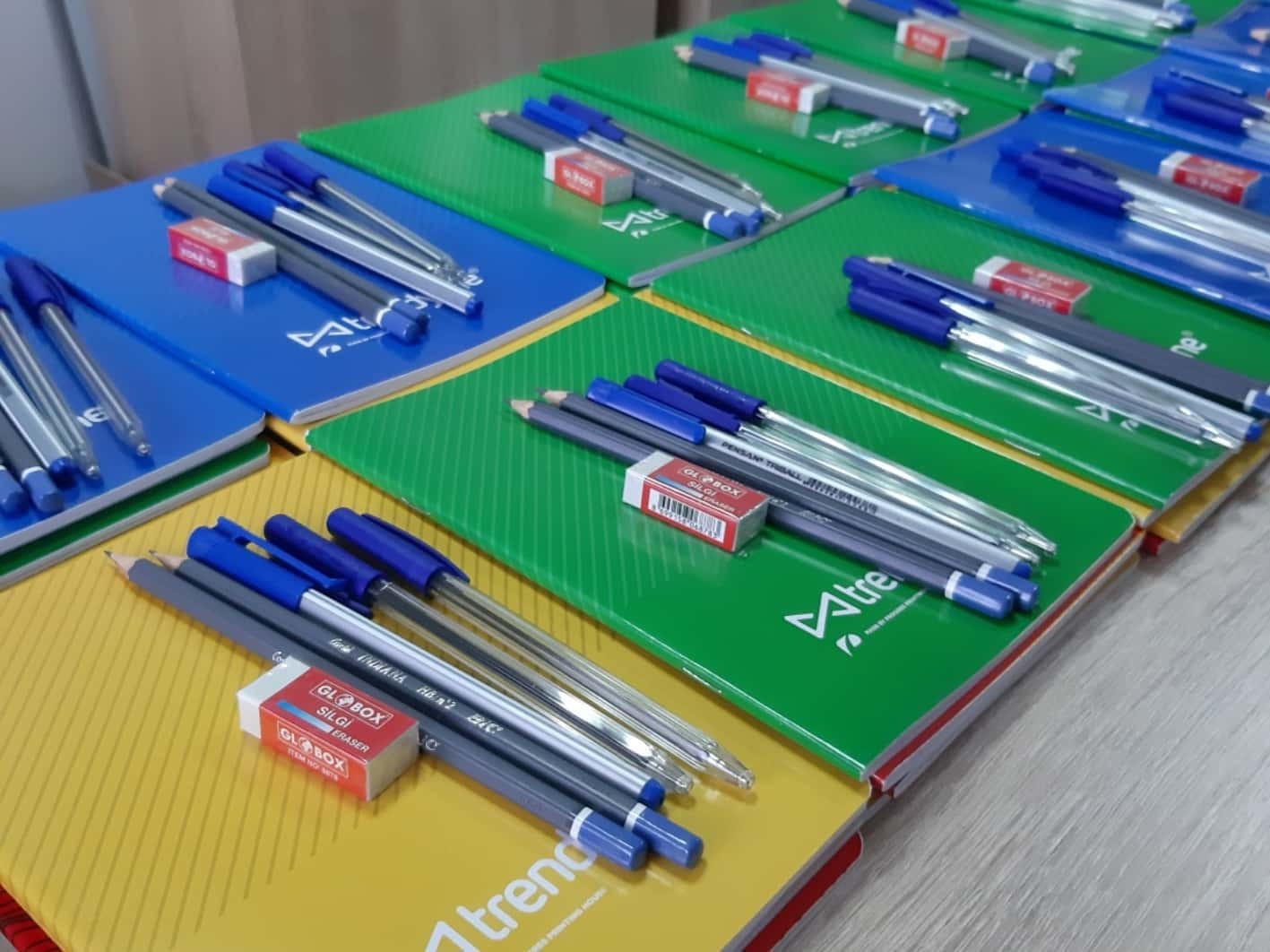 In the U.S., YES student Elisa Kaliqi (YES 2019-2020, Albania, hosted by World Link in Visalia, CA) organized a fundraiser to help victims of the earthquake, exchanging baklava for donations and raising $574. She also asked donors to write messages of support for those impacted. YES and FLEX exchange students from Georgia, Pakistan, Serbia, Armenia, and Romania helped Elisa in these efforts, and more than 30 community members contributed. In collaboration with Elisa, we, the YES alumni in Albania, decided to use these donations to help an elementary school in the village of Shkallnur, near Durres. This school is located in a very poor area that was heavily impacted by the earthquake. With the money Elisa raised, we prepared small packages for the school’s 331 students. Each package contained notebooks, pens, pencils, a ruler, and an eraser. 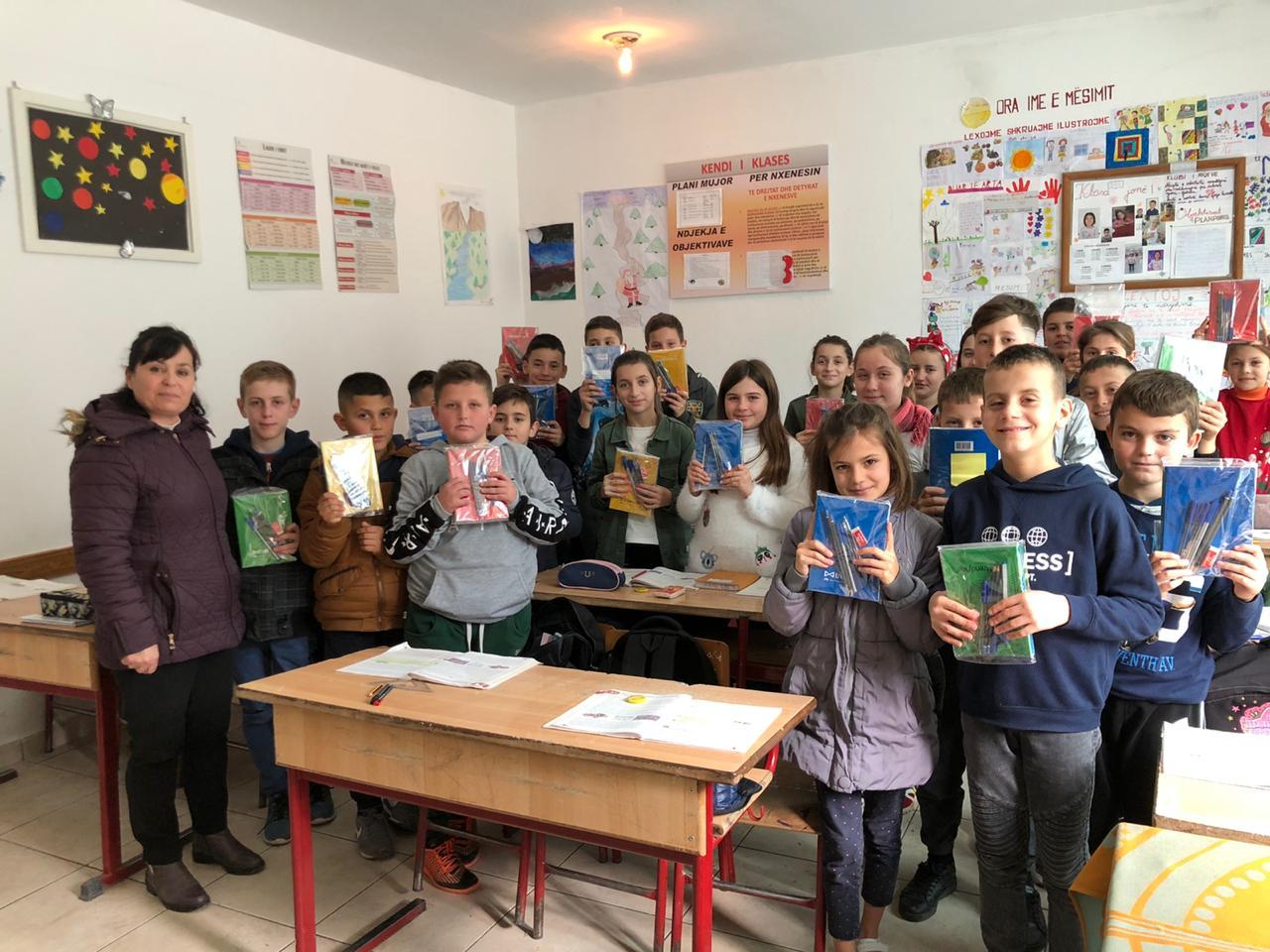 Students pose with the donations they received

On February 3, three other alumni and I, together with four non-alumni volunteers and American Councils Country Representative Linda Meniku, went to the school to deliver the packages. We visited each classroom and had the chance to talk with the children, take photos together, and share smiles. They had all prepared posters to thank us and the American people for this small gift. It was really emotional to see how happy something so small made them, and even more emotional to realize how much happiness they brought to us.