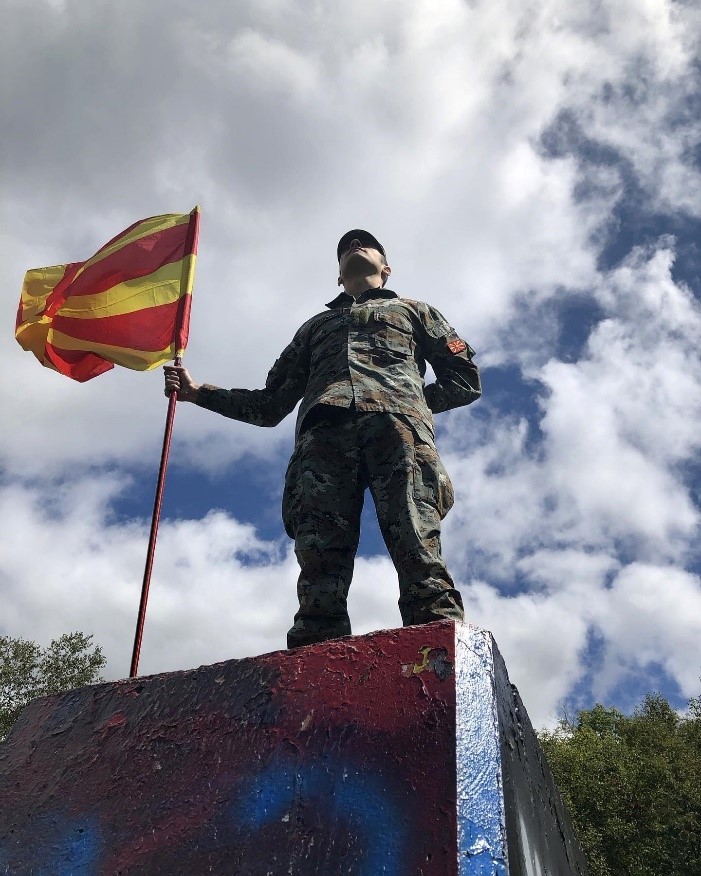 I was a part of the YES program in 2016-2017 and was placed in Northwestern Missouri. I had fulfilled my wish to move out of my home country and visit the Western world, the first stop being the United States. I had the opportunity to live, for the first time in my life, in a relatively small town. The vast differences between the community in which I lived in the U.S. and my own country and city posed a challenge for me. Learning how to acclimate to a small midwestern town in Missouri as a teenager from the Balkans was difficult, but it taught me what it means to truly grow as a person. 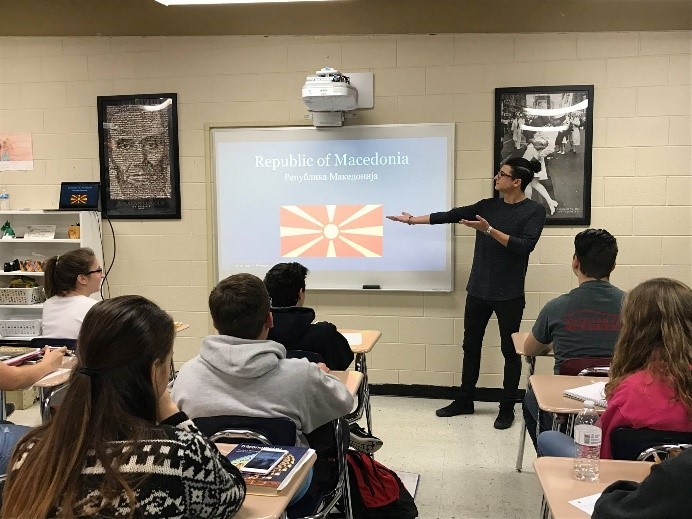 Kristijan giving a presentation about North Macedonia at his high school in Missouri.

Returning from the U.S. after my exchange year ended was equally confusing and exhilarating. I was excited to return to my city, to my family and to my friends. At the same time, however, I was sad to leave the new life I had started in Missouri. Missouri gave me so many new friends and acquaintances, new hobbies and new thrills. I had to leave them and continue my former life in North Macedonia. Acclimating back to the Balkan way of life took a surprisingly short period of time, but my view on life was different, of course. There were many differences of opinion on many subjects between my friends and me; some were rejected, but most were welcomed as a fresh perspective.

My wish to visit other countries never went away. Soon after returning to my country, I was quick to hop on board to travel at any opportunity available to me. After returning to North Macedonia in 2017, I visited Turkey, Kosovo, Montenegro, Bulgaria, and a couple of years later, I returned to the U.S. I decided to act on the passionate feeling of patriotism that I’ve always had by continuing my education in the Macedonian Military Academy “General Mihailo Apostolski”. I felt a strong feeling of belonging once I put on my military uniform. Shortly after becoming a cadet, I came across the opportunity to visit the U.S. for the second time in my life, this time at Norwich University in Vermont. 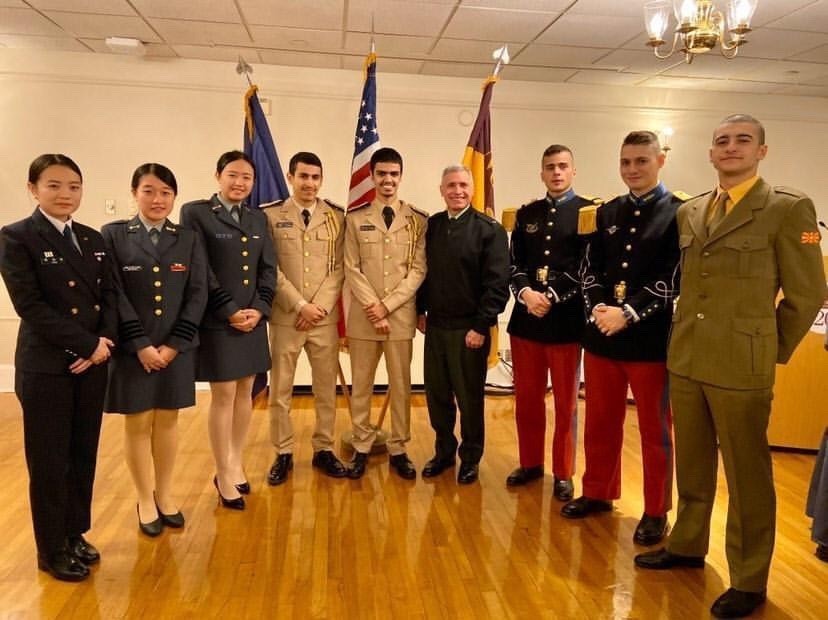 Kristijan with cadets from Taiwan and Korea and officers from Saudi Arabia and France at Norwich University.

As soon as I stepped on campus, it seemed as my experience living in the U.S. during my YES year had given me a huge advantage at living in a foreign country. For the first time after leaving the U.S., I realized how much I’d grown during the time I was a part of the YES program. I gained new perspectives on life and I learned to blend in in a foreign atmosphere, to respect different cultures, and to be more independent. It became clear to me that I was a more complete person than I was before joining the program. I greatly enjoyed my second time in the U.S., learned many new things, and returned home an even more complete person.