I am inspired by two different ‘forces’, so to speak. One is unfairness and inequality, and the other is hope for change and the potential for good that I see in people. I constantly aim to subvert the former and promote the latter. My exchange year was the first major international and intercultural experience I had. I was placed in Greely, Colorado from 2012-2013. (I can’t wait to go back and re-explore all the amazing nature out there!) This experience showed me how the ‘forces’ that I mentioned before are present everywhere, and how they are a human condition, regardless of culture or geographical location. 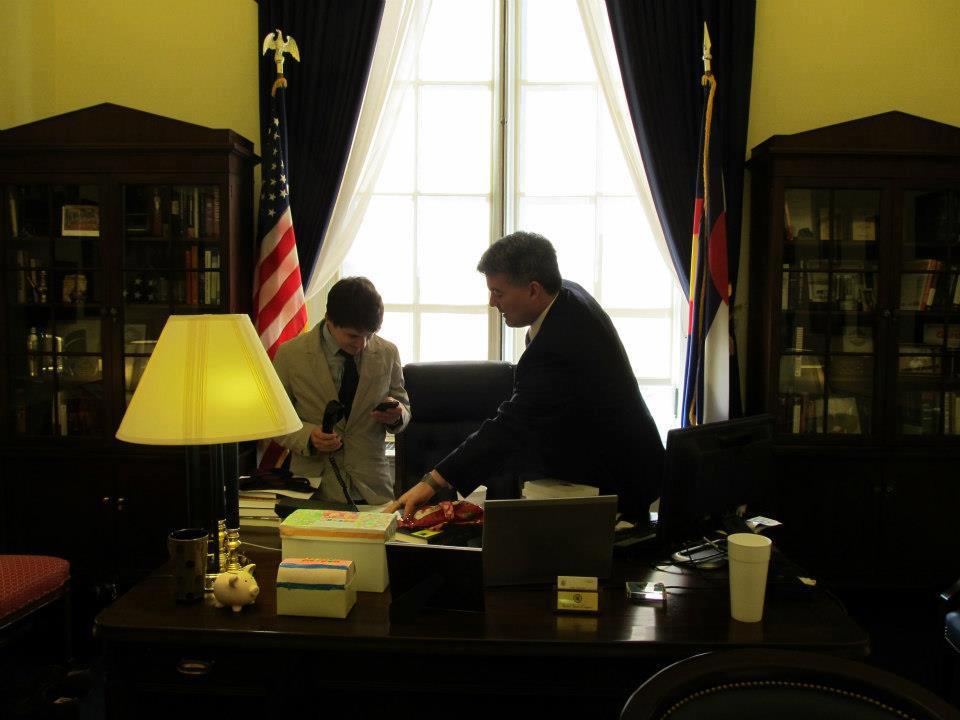 Me and Senator Cory Gardner (R-CO) in his office on Capitol Hill during the Civic Education Workshops.

The YES program made me more independent, and more importantly, it made me a more critical thinker. Since my exchange year, most of my work has revolved around education, technology, and philosophy. I am passionate about using technology to create inclusive, accessible, and well-designed educational experiences for marginalized groups. I write about AI ethics for a publication called TowardsAI and recently published an article about the racial bias of widely-used AI algorithms. I’ve also been working on multiple community projects since my exchange year. Since I am rarely in North Macedonia, I don’t really have the opportunity to be involved in many of the alumni projects there, but I did start an NGO in the Netherlands called Global Education Movement and have worked on several other projects there that focus on equal access to quality education. I am also pursuing a master’s degree in Adult Education for Social Change at the University of Glasgow. 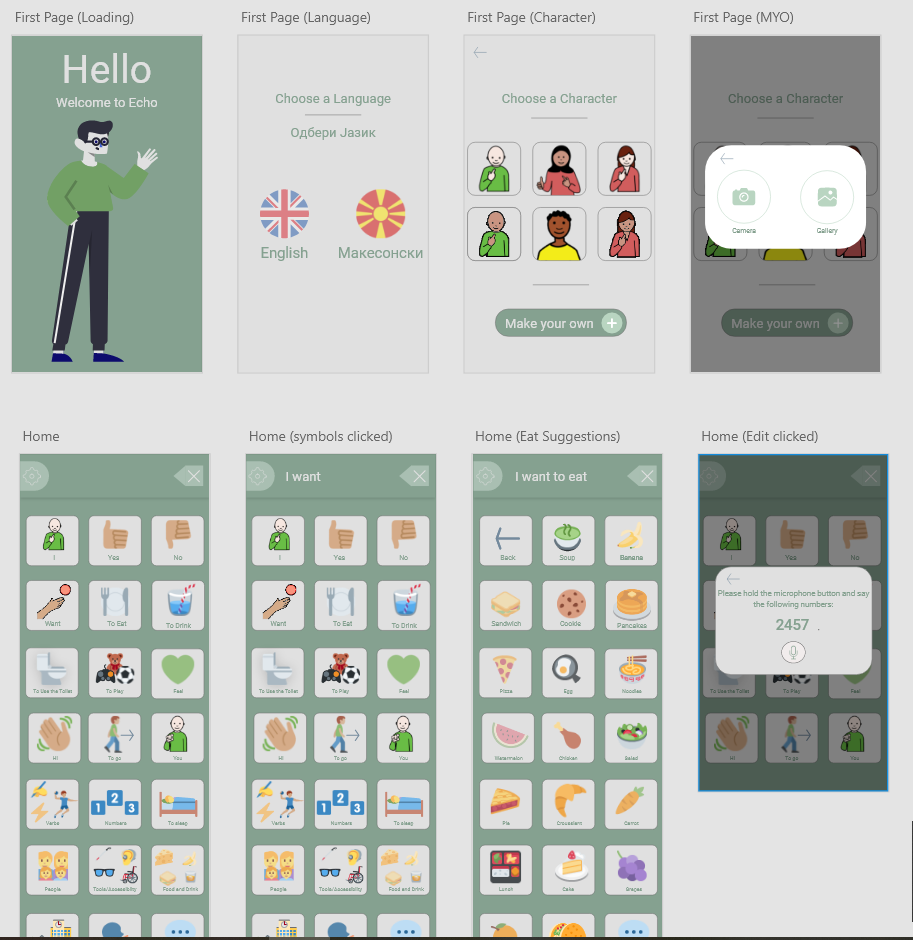 Screenshot of the first design developments of the Echo App. We have the full prototype and design almost ready!

This summer, I am working on an app called Echo with support from YES alumni. Echo is an alternative communications mobile app that helps people with speech difficulties, like those on the autism spectrum and those with aphasia, communicate more easily. The application digitizes a well-known and widely-used analog system called PECS (Picture Exchange Communication System). In addition to the app, there will be educational material for parents and caregivers of people with speech difficulties. Echo will be the first app of its kind available in Macedonian, Albanian, and multiple other languages. The average price for many similar apps is around $50, but Echo will be open-source and free for all users. I hope that I will be able to make it broadly accessible, and if other alumni would like to help me translate the app into their own language I would be very happy to have them on board.

In my experiences doing political and media educational work in North Macedonia, helping refugees in the Netherlands access quality education, and working on digitizing an upcycling social enterprise in Scotland, I found that it can be difficult to see changes on a larger societal level. However, there are very inspiring and positive changes in the lives of the individuals that are impacted by the work done through these projects. While I believe that radical action is needed for radical change, these projects can be small steps we take towards a big communal change. For me, they are a beacon of hope.