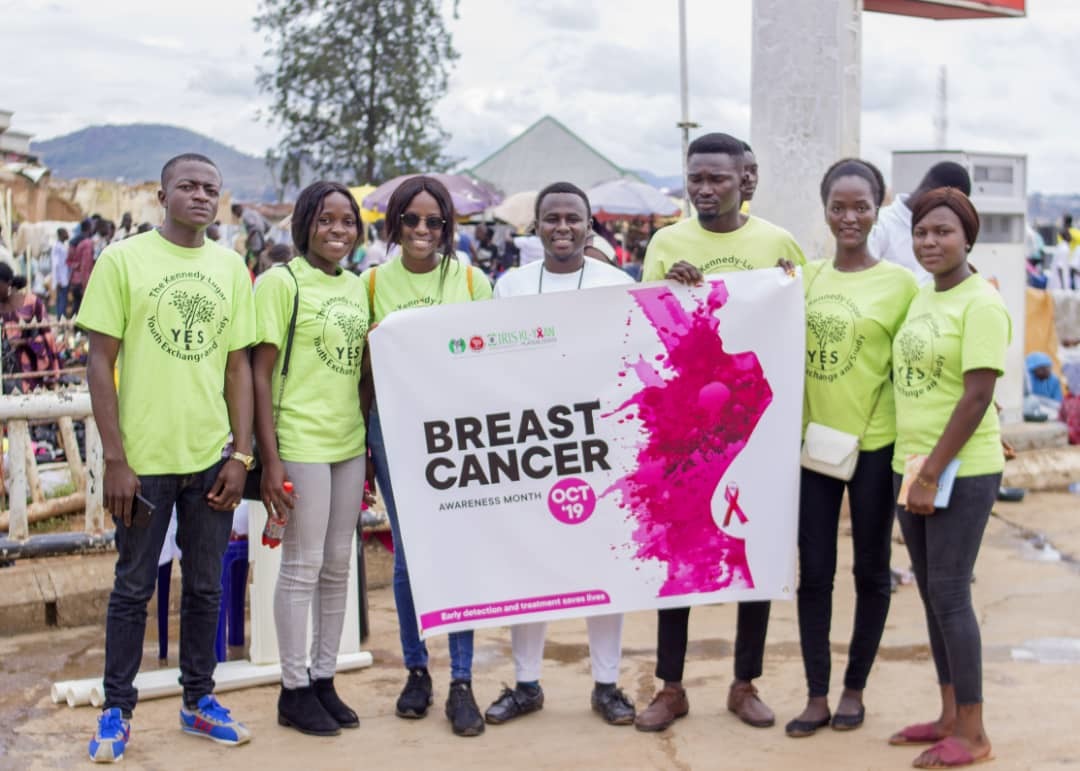 October is dedicated to Breast Cancer Awareness and the impact of this type of cancer is felt throughout the world. In Nigeria, it is estimated that there are about 500,000 cases each year. Throughout the month of October, YES alumni in Plateau and Benue States organized numerous activities aimed at raising awareness on Breast Cancer and encouraging adult women to regularly perform self breast examination. 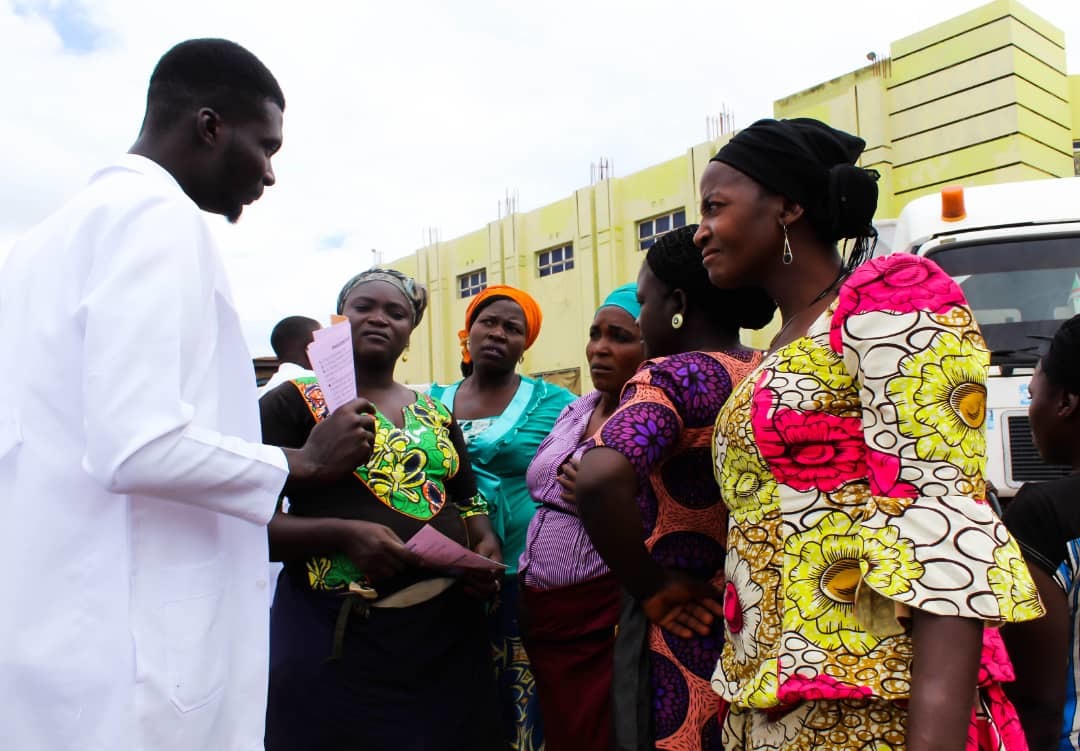 In Plateau State, working with students of the Jos University Teaching Hospital(JUTH), alumni distributed educational pamphlets at the Jos Terminus Market, one of the biggest markets in the city. The pamphlets, written in both Hausa and English, provided information about breast cancer, its risk factors, and the importance of regular self breast exam. Alumni set up a table where they were able to answer questions from interested community members. Plateau State Alumni also appeared on a radio show and answered callers who had more questions about breast cancer and were curious about where to find more information. Alumni also participated in the pink ribbon campaign; a two day event during which medical students at the Jos University Teaching Hospital wore pink ribbons to raise awareness in their local communities. Parkwat Walkyes (YES 2011-2012, placed in Sharon, PA by AYA/AIFS), is one of the Plateau State alumni who organized the campaigns. As a medical student, Parkwat has studied and at times seen first hand the devastating impacts of breast cancer on women and their families. This experience and his belief that self examination can lead to early detection and in return offer more treatment options and a higher survival rate motivated him to take the lead on these campaigns. 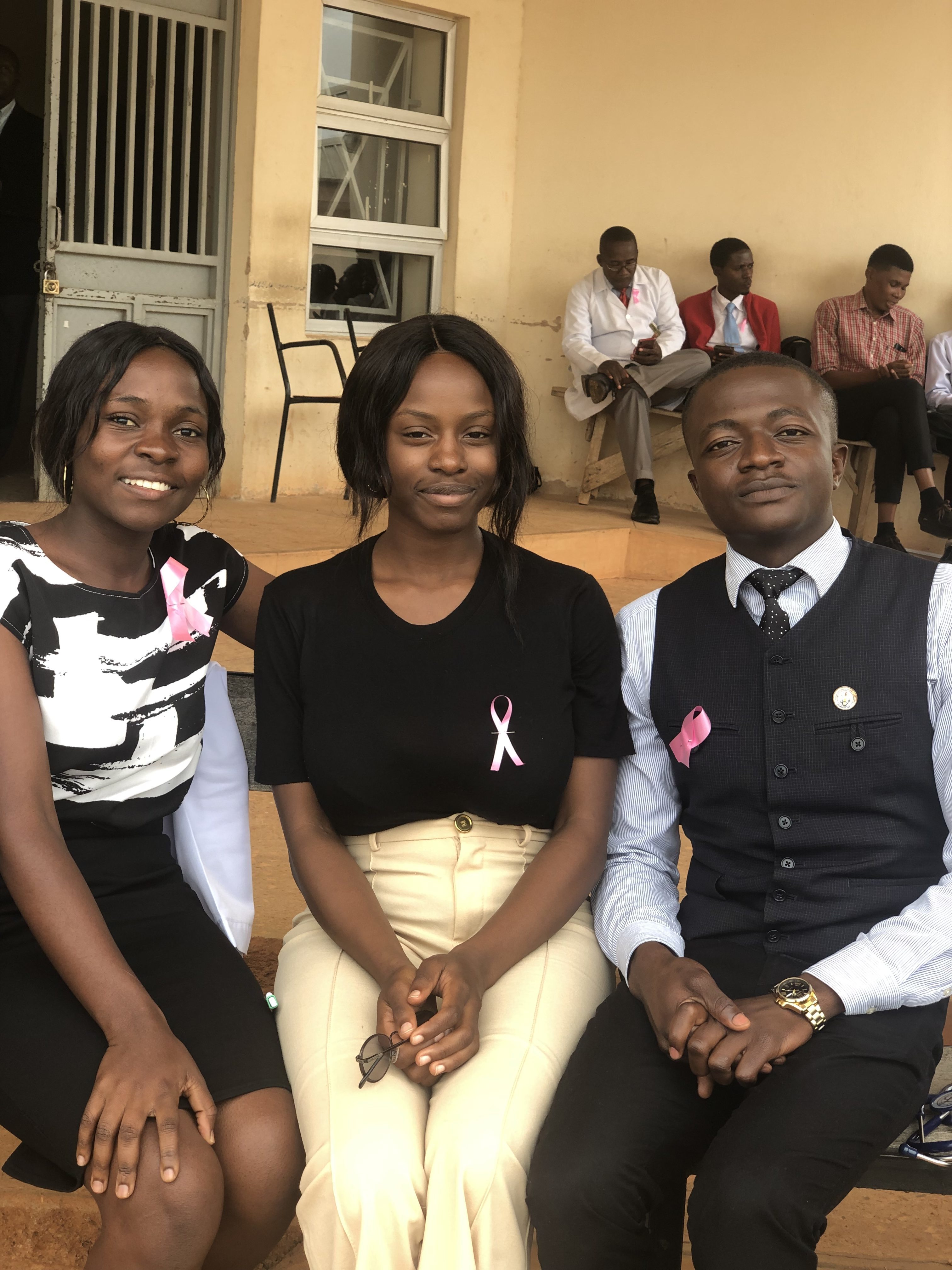 In Benue State, alumni contributed to Breast Cancer Awareness Month by visiting several secondary schools where they educated over 350 young girls on the disease. At each school, in addition to providing information about the disease, alumni demonstrated how to perform a self breast exam and what to look for. Benue alumni targeted young girls because there is still a stigma about Breast Cancer and Self examination and they believe that early education is key in reducing that stigma.

Overall, YAAN had a successful campaign over the month of October and felt they really achieved their goal of providing more information on breast cancer. The alumni group is intending to include mammography screening for at risk women for next year’s events as well as doing  a larger awareness campaign in mass media and on their social media accounts. 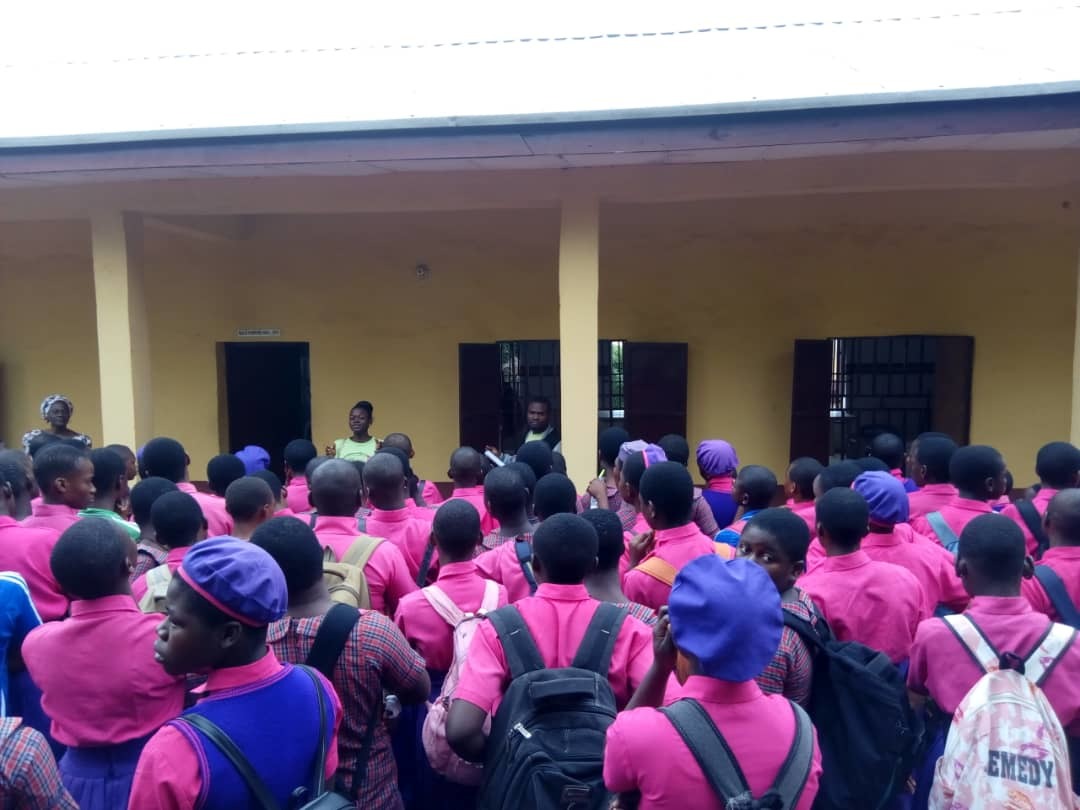