Capping Off the Academic Year 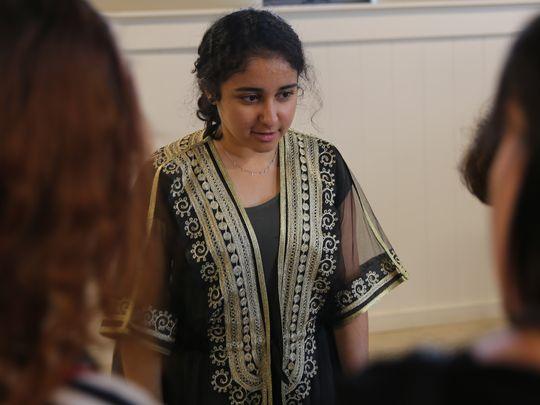 As they prepare to leave the United States and return to their home countries, many YES students and host communities are reflecting on their time together - including Amira Al Ghadouri (YES 2017 - 2018, Kuwait, hosted by AFS in Brewster, NY) who was recently profiled in local news media.

The full story from the Poughkeepsie Journal includes this section about Amira:

The 17 students, who have been attending high schools in New York and Connecticut, are part of the more than 2,000 foreign students AFS lined up with a host family this academic year. The celebration on Sunday at the Vassar Environmental Cooperative in the Town of Poughkeepsie was about students sharing pieces of their own cultures, and there were tables for each country with food and pictures.

“We’re drawing to the end of the program year,” said organizer Jeffrey Burtner from AFS. “At this point, now it’s the time for them to show the more visible aspects of their home countries and their own cultures.”

Amirah Alghadhouri, a native of Kuwait attending the Wooster School in Danbury, Connecticut, was serving medjool dates stuffed with halwa, or grounded sesame seeds sweetened with sugar. She said dates fall from palm trees, the only kind of tree that can grow in the dry and hot deserts of Kuwait.

The more mild American climate was perhaps the biggest change, she said, and she loved attending art museums in New York City like the MoMA. She also went on a trip to San Francisco with her host family.

“I love having a host family,” said the 16-year-old Alghadhouri, who's been living in Brewster, Putnam County. “They’re like your actual family.”