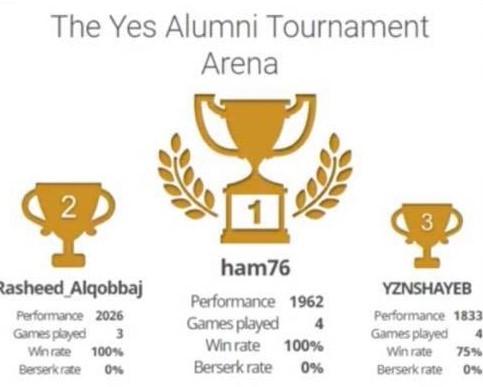 Only July 20, in celebration of the International Chess Day, the YES Alumni Network in the West Bank held a virtual YES Alumni Chess Tournament! 14 YES alumni went head-to-head showing off their skills in chess. The tournament was held virtually using a chess platform called “Lichess.” To make things even more fun, the tournament was live-streamed on the private YES West Bank Alumni Facebook page, with Mohammed Fitiani serving as a commentator to provide comical narration.

After the first round of matches, the players with the highest scores played against each other in the following rounds. The competitive spirit was high, and everyone enjoyed the challenge. The tournament itself was 40 minutes full of strategies, stress, excitement, but most importantly FUN. 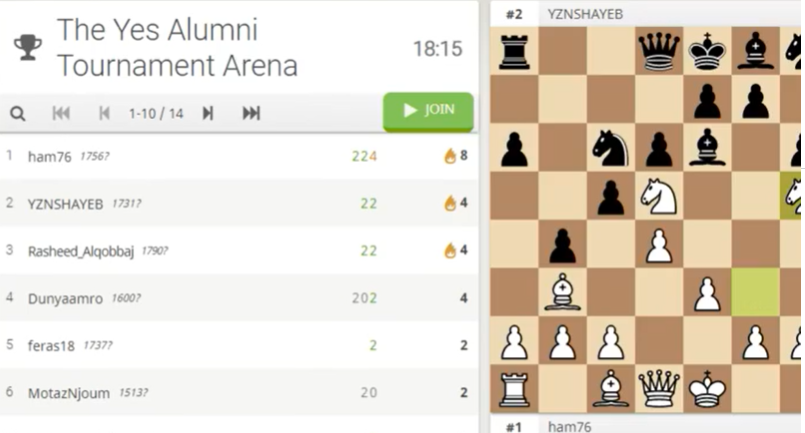 The commentary kept everyone entertained, as well as engaged. As the tournament came to an end, stakes were high and scores were neck and neck.  At the end of the final round, Hamzeh Hawwash came in first place, as he won all four of his matches. Chess is a very beneficial game for the mind, and this tournament provided a fun experience for both the players and the virtual crowd!