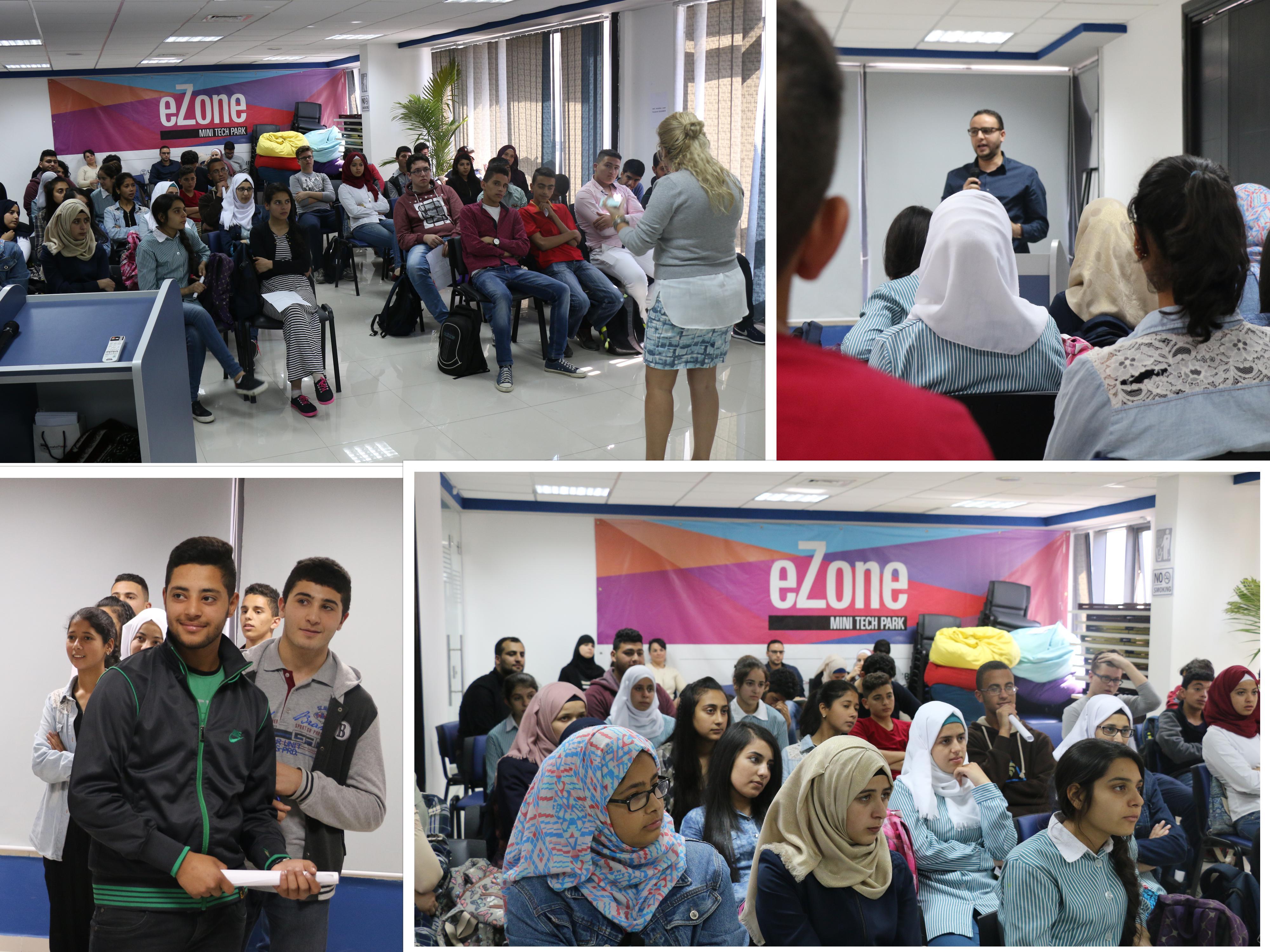 Dawoud Zahran (YES 2011-2012, West Bank, hosted by AFS in Brodhead, WI) understands how exciting and important it is to come up with new ideas and products and to make his ideas a reality. An entreprenur, Dawoud decided to take his skills to the next level and organized a training for 36 students from the English Access Microscholarship program.

Six other YES alumni joined Dawoud on May 21 at a local NGO called Leaders Organization. Leaders supports the cutting edge of digital development and entrepreneurship in Palestine. It also serves as hub to provide the space and support for young Palestinian entrepreneurs who are working on developing their own start-ups and businesses. The YES Alumni Network in the West Bank believes in the importance of exposing young minds to such new ideas and opportunities. 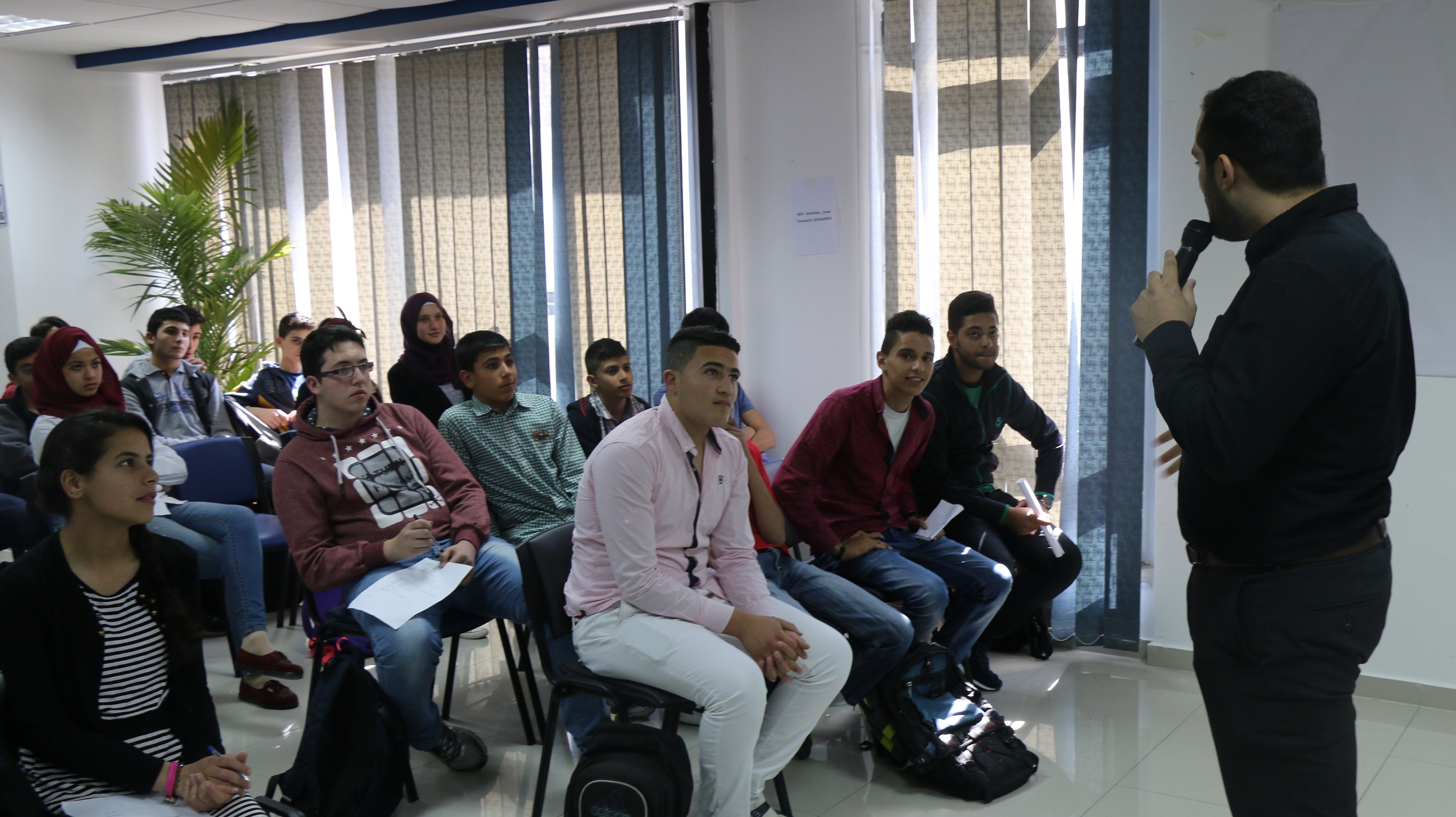 The training started with an ice breaking activity, so that participants, staff, and speakers could get comfortable with one another. The students, ages 15 - 17, were divided into groups and were asked to create a company and think of a product that they would want to produce. Then they heard presentations by successful entrepreneurs.

The first speaker was Zaher Bassioni, co-founder of Leaders Organization. Zaher spoke to the students about his organization and how he turned his vision into a reality. Abir Sahdeed and Mahran Ismail talked about their own experiences with entrepreneurship and introduced various opportunities that Access students can apply to now. Dawoud, who works at Leaders Organization as well as two of his own start-ups, also shared his story and tips for the students. 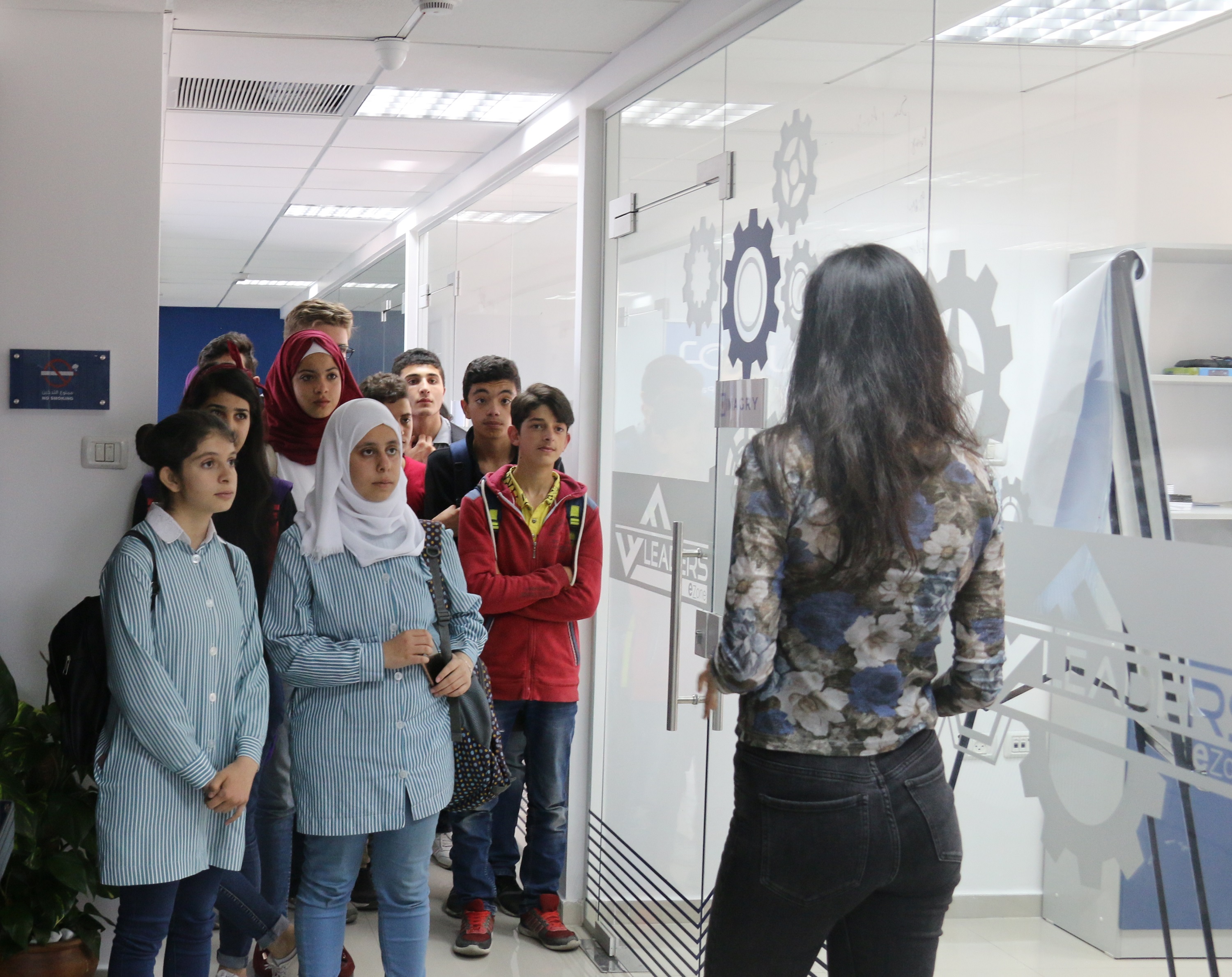 The day concluded with a tour of the organization and an opportunity for one-on-one time with the speakers. These deeper discussions helped the students to fully grasp the training and start visualizing their own potential paths to entrepeneurship.

In the end, the students reported feeling very happy to be learning about this exciting new topic at Leaders. Some may even base their college majors on what they learned that day!