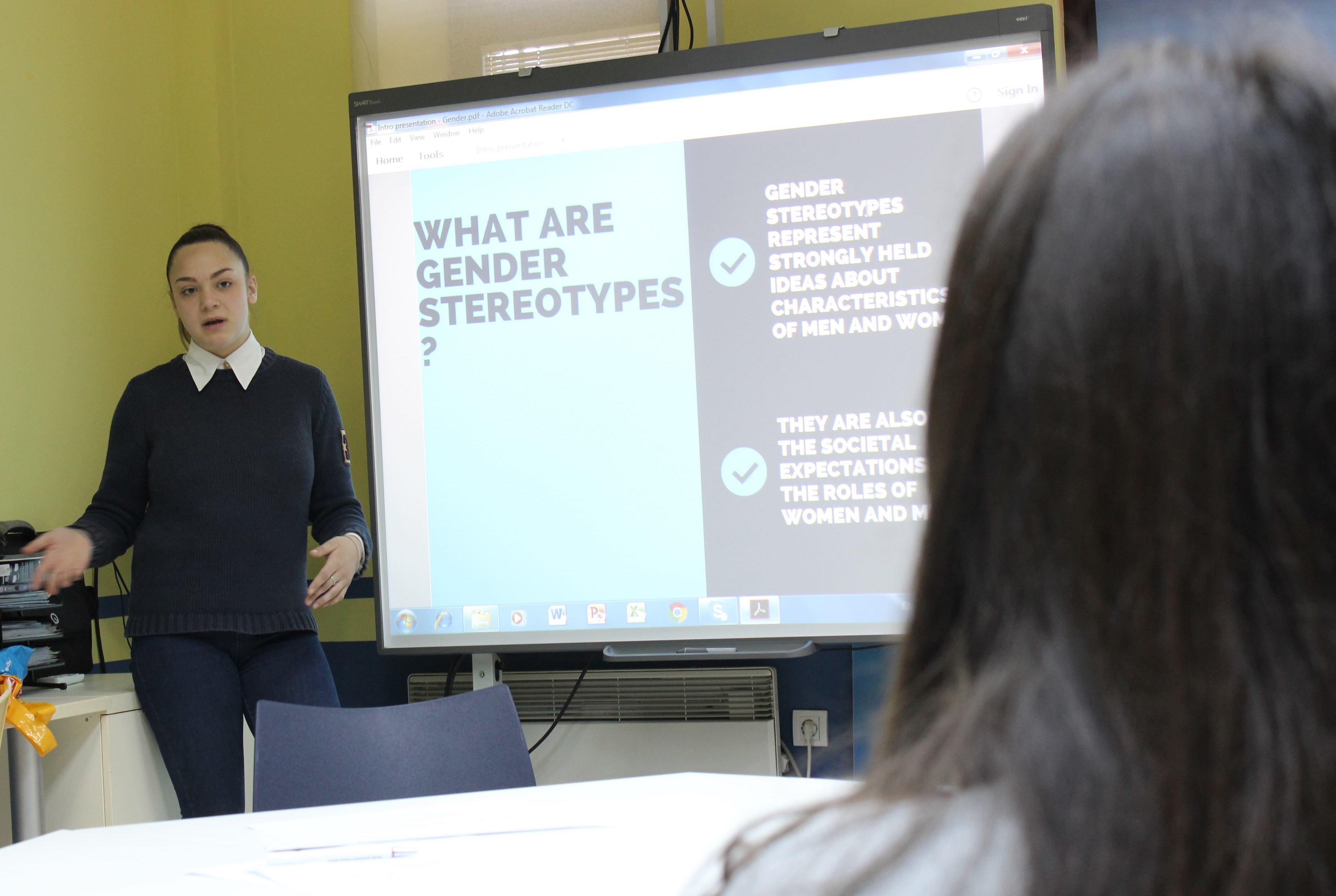 Twenty participants discussed issues of gender equality, including typical gender roles in Macedonian families, stereotypes about women and driving, impediments to women achieving executive and other leadership positions, and expectations and stereotypes related to a woman’s appearance. Viktorija also introduced some gender equality movements, such as #HeForShe: Stand Together, and talked about how achieving gender equality and empowerment of girls is the fifth United Nations Sustainable Development Goal.

Viktorija explains, "My favorite part of the workshop was the discussion we had about the [Macedonian] language and how the usage of words in the female form is almost always offensive." Viktorija is referring to the complexities of the use of gendered nouns, such as "министер" (a title for a male in a high position in government) and "министерка" (a title for a female in a high position in government). Vikotrija says that, "The participants were really shocked when they realized the obvious and made lots of comments."

This project was inspired by the IDEAL Workshop for FLEX and YES Alumni held in Cetinje, Montenegro, in August 2017, in which Viktorija participated as part of the human rights and gender equality theme group. Viktorija explains, "After the IDEAL workshop in Montenegro, I acquired more knowledge on the topic of gender inequality. It was always something I noticed in my community in Macedonia: girls being underestimated and told they can't do something. I'm a girl and I've always been [an] 'I can do it' person, so the empowerment of women is something I want to promote."