Student Leaves Behind Legacy in Wisconsin 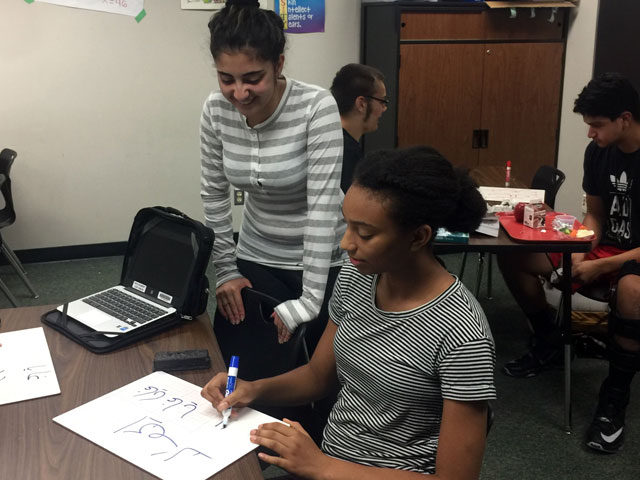 This article was originally published on the AFS-USA host family blog. For the original blog post, please follow this link.

Moving to an American town 6,000 miles from home might leave a teenager shy or timid. But not Maryse (Abi Haider), an AFS Exchange Student who came to Oshkosh, WI on a full academic scholarship from the U.S. Department of State's Kennedy-Lugar Youth Exchange and Study (YES) Program.

The YES Program recruits students from countries with significant Muslim populations to spend an academic year in the U.S., and matches these students with American host families who want to learn about another cultural traditions and perspectives. Maryse, who is from Lebanon, was eager to take advantage of the opportunity to experience American culture firsthand and return home with a deeper understanding of what it means to be a global citizen.

If someone were to ask Maryse to summarize her ten months living with a host family in the U.S., she might be at a loss for where to start. Maryse clocked 100+ hours of volunteer service while in Oshkosh, but that only scratches the surface of her impact in Oshkosh, where she gave back to her host community while sharing her culture and customs.

Upon arriving in Oshkosh in August, Maryse began to make herself a fixture in school and in her community. With the help and encouragement of her host family, Maryse volunteered at the food pantry, a local thrift shop, church, the YMCA (where she helped teach little kids how to swim), her local library, and the Boys and Girls Club.

In school, she also tutored her peers in French while participating in Key Club, Rotary Club, Stage Society, and Student Council. And if all of that weren’t enough, Maryse also joined her new school’s swim team soon after her arrival, and said that it was one of the best decisions she made during her stay.

After making waves via her community service efforts, Maryse began giving presentations in many of her classes for International Education Week—an annual celebration of cultural exchange and global learning held in November. During these presentations, Maryse taught everything from Arabic writing to Lebanese dance to her audiences, which were mostly classmates and students in the school system.

In the spirit of IEW, Maryse had an idea to collaborate with the other exchange students in her school to create a video about language. Maryse shared, “I talked with a teacher who's the leader of the TV9 which is an announcement program for seven minutes each day and I told him about making a short video. The video is about this American girl speaking words in English and each one of us exchange students translates these words into her own language (there was me translating to Arabic, someone from an Arab community in Israel translating to Hebrew, someone from Denmark translating to Danish, someone from China to Chinese, and someone from Switzerland translating to Swiss German. Now [at school] everyday there is a 30 second or 1-minute translation session! Which is so cool!”

Leaving a legacy in Oshkosh

Of her many accomplishments, Maryse is proudest of two special initiatives.

The first is the Arabic club that she started in school. Maryse says, “I am sharing my culture, my language, my life and my experience. The club's members know now how to write their names, how to greet and how to say goodbye [in Arabic]! Also, they've started to know some of the alphabet.”

The other initiative is a fundraiser that she worked on for the Honor Flight Network, which honors America’s veterans for their service by transporting them to Washington, D.C. to visit and reflect at their memorials. Maryse decided to bake different kinds of breads and cookies and organized a bake sale outside of the church where she volunteers.

“The best part of volunteering for me is seeing other people smiling,” says Maryse. “Even if you're tired and then you see that other people are smiling and happy with what you're doing for them, this will warm my heart and make me forget my tiredness and have a big smile!”

Her efforts to make cultural connections with her community while giving back through volunteer service are integral to the mission of the YES Program, which hopes to inspire their scholars to act as "young ambassadors" during their exchange year. 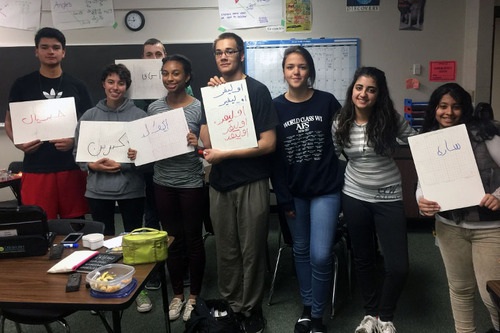