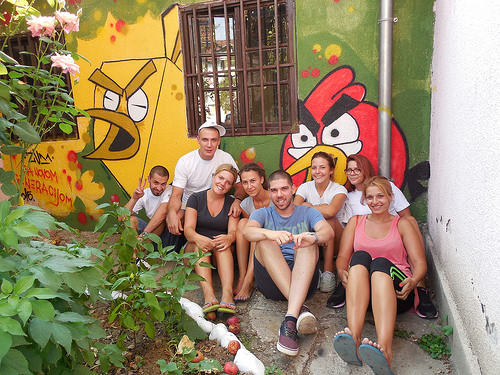 By Kristina Lukajic, YES 2012-2013, Bosnia and Herzegovina, hosted by ASSE in Bloomington, MN

My name is Kristina Lukajic and I come from Bosnia and Herzegovina. My YES adventure started in 2012 when I was placed in Bloomington, Minnesota by ASSE and that is the place to which I connect the greatest memories of my life. Participation in the YES program granted me with many things: new cultural experiences, new friendships, new skills and finally with the open-mindedness and determination to become an active member of my community. I have learned the importance of volunteering and how small actions can have a big impact.

Coming from a country that deals with an undeveloped economy and low standards of living, I came to notice many problems in my town, Banja Luka. High unemployment rates, troubled youths and poverty are just a few of them. One of the biggest problems is children who come from at-risk families and who are exposed to all kinds of inappropriate behavior. There are many organizations that offer advising and tutoring services for these groups; however, their funds are usually limited and their work depends on international donations. Services they offer are organized according to the age groups of users. In my opinion, young adults, as one of the most vulnerable population within these groups, are not provided with enough support. Many of these teenagers spend time on the streets, struggle with school and are afraid to ask for help. These organizations are an effective way to protect these young people; they offer advising, tutoring, education and training services, but sometimes teenagers are either not interested or not motivated to participate and accept professional help. This is how I came to an idea to help create a place especially made for this age group; a place that will be organized according to their interests and a place where they will enjoy spending time, while having support and protection from professionals.

I did research and found an association which works mostly with children and youth who come from at-risk families. Association “Nova generacija” Banja Luka has its activities directed to the promotion and protection of human rights, mainly children's rights through the implementation of programs that protect threatened categories of the society - children and youth. The day care center they already have is mainly for younger children, and there is no space especially organized for teenagers. The Association explained that due to limited funds, they could not afford to set up the space for this age group and that in their opinion it is very important in order to keep these young people away from the streets. I came to an idea to organize a project to help set up this new space. “Nova generacija” provided us with their building and in cooperation with them, we organized a group of volunteers to paint, decorate and clean the space. The project had two parts. The first part was preparing the inside space of the rooms, painting the walls and decorating them. The second part was cleaning the yard, planting flowers and decorating the outside walls. Within thi space, I have organized a group of volunteers and professional artists to work with children and teena 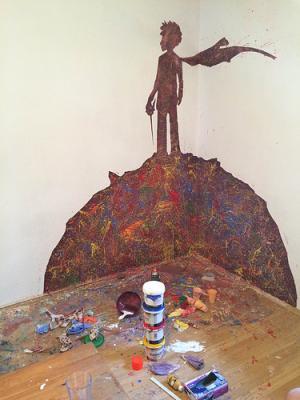 gers to help them express their creativity. We painted the inside walls and drew a mural, while we used the outside walls to draw graffiti. After the cleaning, a couple of volunteers made handmade flower pots and planted flowers in them. By this project, young people who come from at-risk families have a chance to create the safe place they need, to work in a team, socialize and to gain new skills of independent living.

After the project was completed, first impressions of the future users were more than great! They enjoyed doing the painting and decorating and the final look of the building made them very proud of their work. One of the boys stated: “I have never done painting before. It was very cool and I like that there was that many people helping us. The rooms look much better and I love the ‘Angry birds’ graffiti on the outside wall.”  The volunteers were left with positive impressions as well: “I enjoyed working with these young people and learning about their interests and perspectives. It is much easier to work in groups and literally anything can be done with a group of hard-working hands”.

I hope that the place will be visited by many young people who will choose to spend their free time there. My hope is to organize future activities such as workshops or movie nights in order to attract young people to come and socialize. The NGO “Nova Generacija” will work on promoting the new program for teenagers in order to attract more donations that can be used to buy books, games, TVs, computers and furniture for this building.

I enjoyed organizing and implementing this project because work with children and young people is always inspirational. We all worked as a team and managed to make a change, to create a new, safe space and give a new opportunity to the youth in risk.

I am very thankful to the NGO “Nova generacija” where the project was implemented, to YES Alumni of Bosnia and Herzegovina and to YES program that funded the project (Note that all YES program funds come from the U.S. Department of State, Bureau of Educational and Cultural Affairs) and helped create a better environment for young people. Finally, I appreciate the participation of all young people and volunteers who proved themselves as true leaders of positive change in the community. 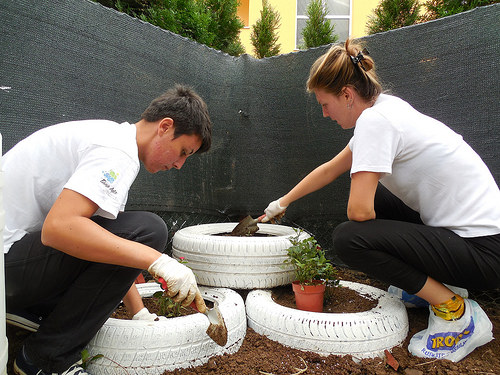