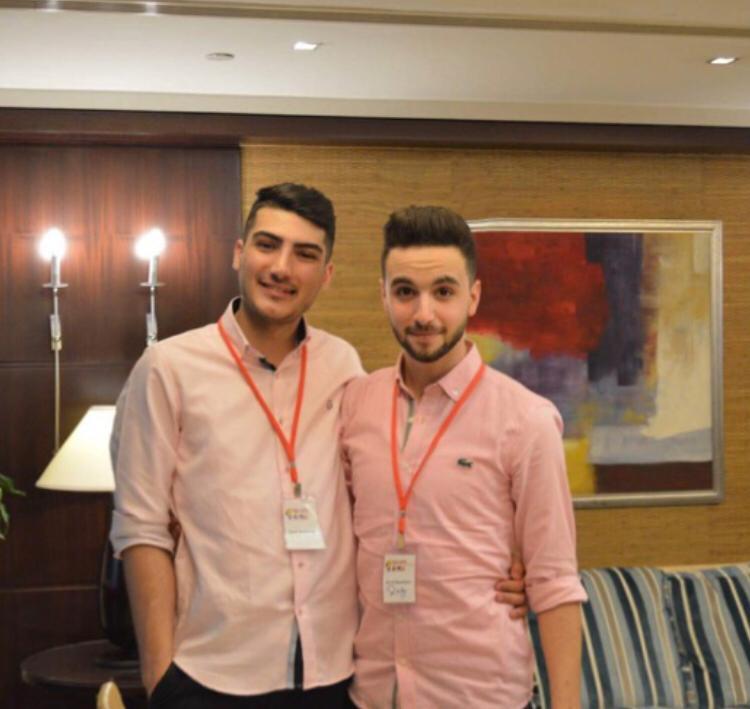 The explosions in the Beirut Port on August 4, 2020 led to devastating loss throughout Lebanon. The news of this horrific incident shocked many to their core, as lives and homes were lost and many were injured.

The Jordanian YES alumni developed strong bonds with their neighboring Lebanese YES alumni during their exchange years and beyond. Jordanian YES alumna Hiba Alsheyab says, “During the YES DCOs (orientations held each August in Washington, DC) I made many friendships with Lebanese YES students that have lasted. When the tragic blast struck Beirut, it was hard to see how sorrowful our friends were. All I wanted to do is to let my friends in Lebanon know that we're here to support them in any way possible.”

The YES alumni in Jordan were quick to contact their friends and loved ones in Lebanon to provide emotional support. But they also wanted to find a way to demonstrate their solidarity with the Lebanese YES community, so they created a video of support during this difficult time.

On behalf of the YES community in Jordan, about ten Jordanian YES alumni shared a heartfelt message of love and positive thoughts in both English and Arabic. YES alumnus Ray Abuelidam compiled the video and created the English subtitles. Ray says, “As a half-Lebanese Jordanian, it was heartbreaking for me to see our brothers and sisters in Lebanon suffer through this terrifying incident. While there isn’t much we can do from hundreds of miles away, the YES alumni decided to send a message of solidarity and support to Lebanese people — and specifically, Lebanese YES alumni — who might be feeling discouraged and frustrated right now. Our hearts go out to all of them."

Jordanians in general have been keeping their neighbors in Lebanon in mind and are doing their best to make sure the world stays informed of how to help the Lebanese people. Many Jordanians have shared links to collect donations that will go directly to the Lebanese Red Cross and other NGOs that will be able to deliver necessities to the affected communities in Beirut and nearby areas. Under royal directives, Jordan has sent an equipped military field hospital to Lebanon and airlifted food and medical supplies, generators, and solar powered lights.

YES alumni in Jordan are proud to be part of those efforts!

Watch the video tribute that the Jordanian YES alumni made for their Lebanese peers here!