June Student of the Month 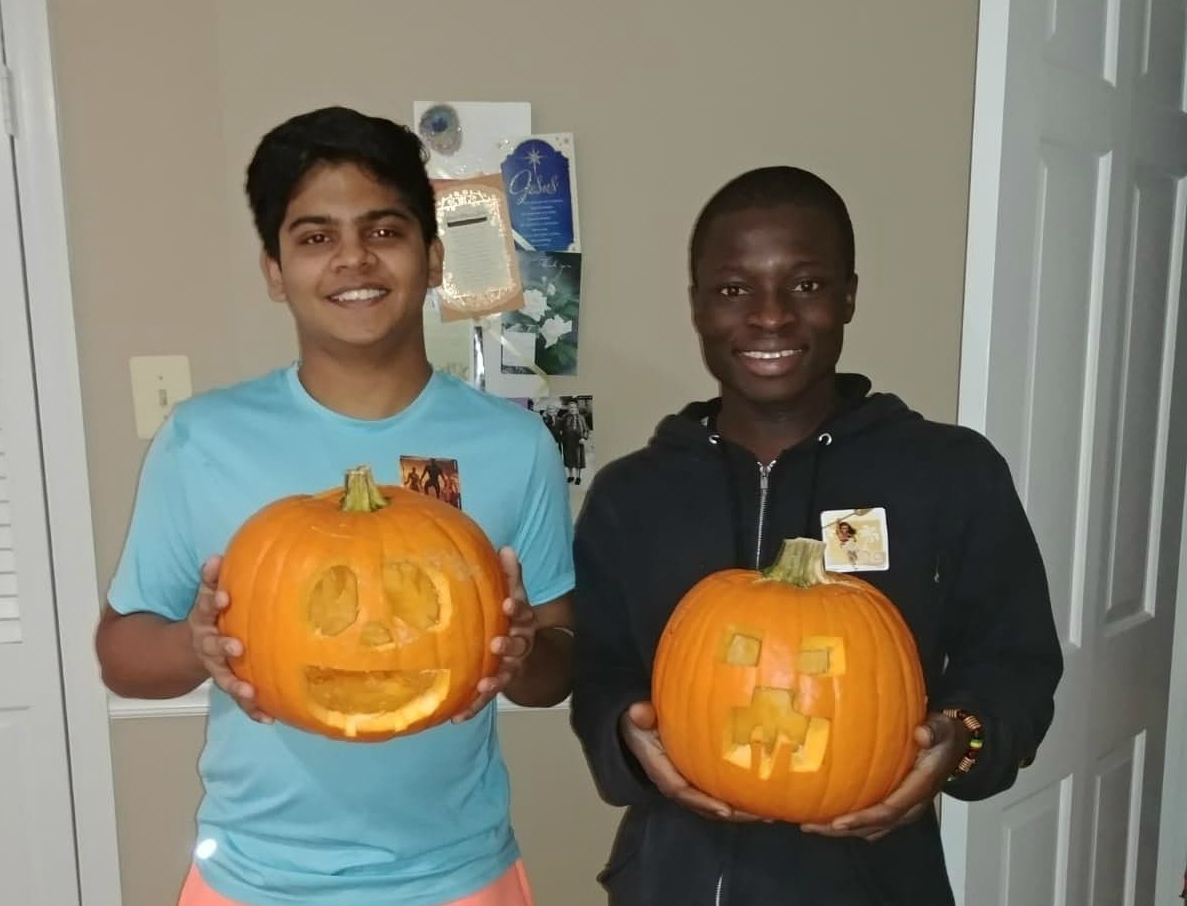 We are pleased to announce the Kennedy-Lugar Youth Exchange and Study program June Student of the Month, Justine Bon-Iribu (YES 2018-2019, Ghana, hosted by Ayusa in Crofton, MD).

Justine is from a small village in Ghana with a population of less than 2,000 people.  With no electricity in his village, accessing the internet and computers are challenges.  The differences of life in his U.S host community for the first month made him feel overwhelmed with culture shock;  however, he not only adjusted and overcame the initial challenges, but thrived in his host community. 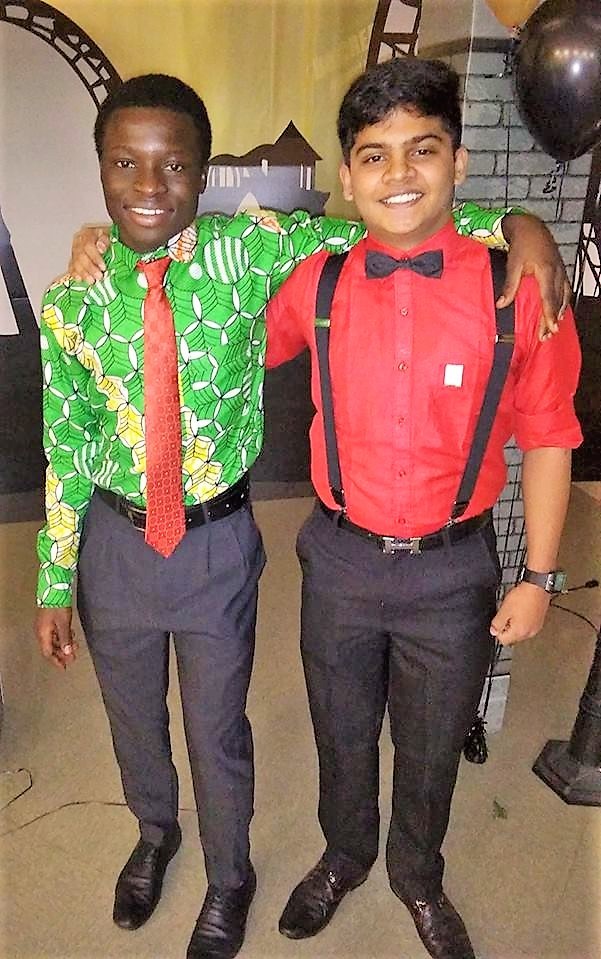 Justine (left) with his host brother, Jash Shah, from India.

Justine was a true citizen ambassador of his country and used every opportunity he could find to represent and teach others about Ghana.  He  gave cultural presentations about Ghana in his school, his church, and among his new friends and host family's relatives.  He even prepared traditional Ghanaian food for them.

As a way to give back to the host community that welcomed him, Justine volunteered with a local church congregation every Sunday, completing over 100 hours of community service.  He  developed relationships with many church members, which gave him the opportunity to both learn about the United States and share his own cultural heritage.  One special relationship that Justine formed was with an African American woman who taught him about the history of Black America and slavery, providing him with a fuller understanding of U.S. history and culture.  Justine also volunteered with a refugee organization, helping to setup homes for refugees arriving in the United States.

One of Justine’s most meaningful activities was participating in the YMCA's Maryland Youth and Government delegation.  He learned about the parliamentary procedures in the U.S. Government, and was challenged to craft a bill that could potentially pass through the Youth and Government Congress. Justine wrote and presented a bill to lower the voting age to 16, and then debated the bill at a conference held at the Maryland State Capital.  Of the 200 bills that were presented, his was one of only 20 that passed.  He was proud to represent Ghana and win such respect among his American peers.

Justine’s openness helped him develop in incredible ways.  He has grown in his understanding of the world and has developed technological skills.  He has gained greater insight into his own strengths and weaknesses, and has gained confidence in who he is and what he can contribute to his people and the world.  In his words, “The whole of my experience in the U.S. is remarkable and life-changing...Also, my confidence level has increased.”

In June, Justine returned home to Ghana eager to be an active YES alumni and to help others to have the same life-changing experiences to give back to the YES program that gave him so much.