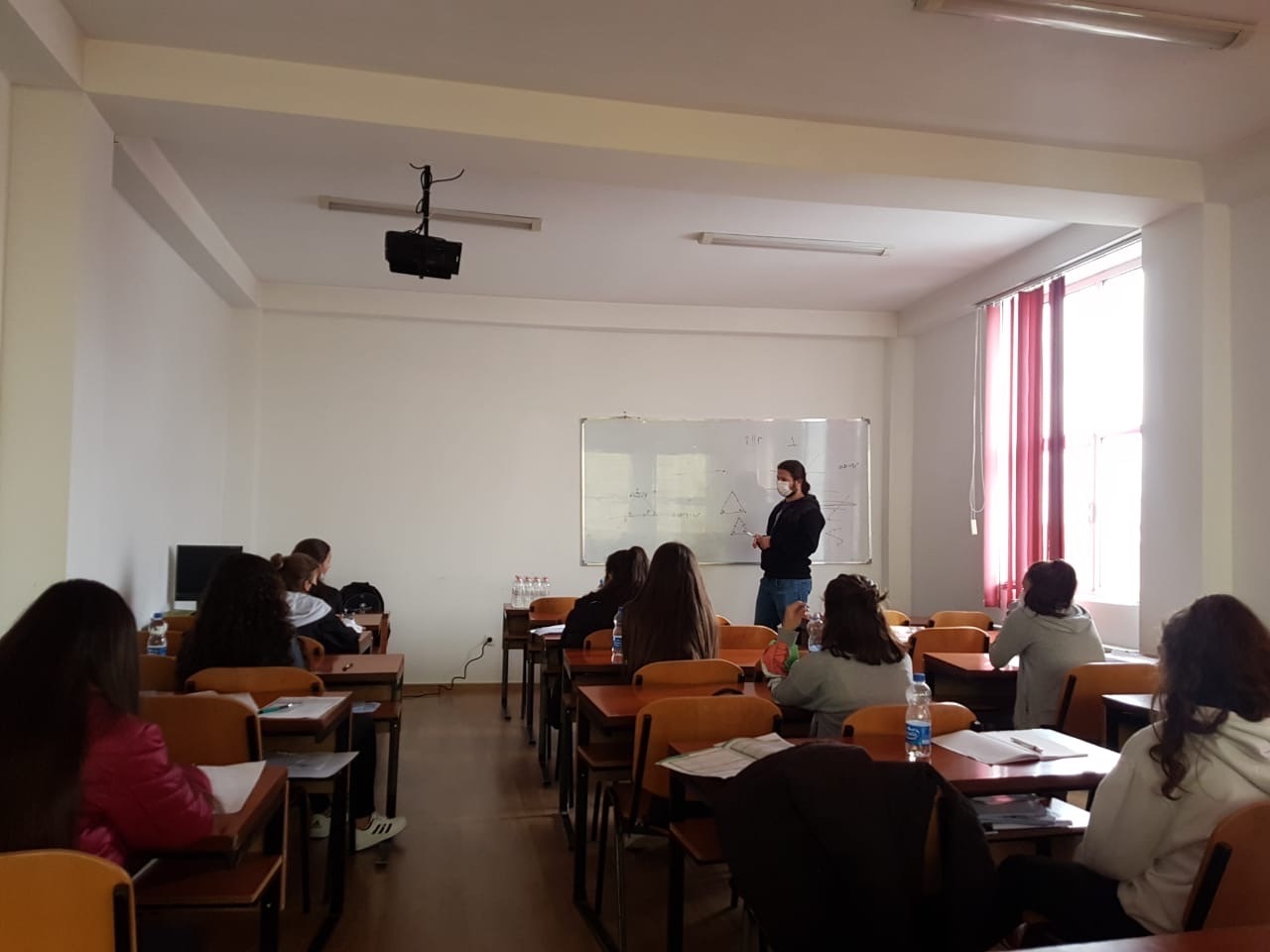 After years of participating in both national and international physics and mathematical Olympiads, Jon Syla (YES 2019-2020, placed with AFS-USA in Yankton, SD) noticed that the majority of participants were boys. He was concerned that this underrepresentation of girls was due to the lack of opportunities available to them in their communities, so he decided to take matters into his own hands. Jon and his two friends, Artur Vllahiu and Dren Neziri, organized the Kosovo Girls' Science Camp (KGSC) — a two-day camp to encourage girls to be more active in STEM and to participate in the high school math and physics' Olympiads.

KGSC was started in 2019 and, after its huge success last year, Jon decided to organize another camp this year. The first session for KGSC 2020, which was in-person, was held on October 24, 2020, and the second meeting, which was moved online due to COVID-19 social distancing measures, was held on November 6, 2020. The camp was put on for girls from across the country in grades 8-10. This year’s camp came with the addition of new lectures in various STEM fields, as well as a virtual discussion with special guest, Doruntina Sylejmani, a senior undergraduate student at Princeton University and the first female medallist from Kosovo in the International Mathematics Olympiad (IMO).

Through these lectures and activities that Jon and his friends organized, the camp acts as a force against misogyny both in Kosovar culture and within the STEM fields. They are optimistic that KGSC will become an annual tradition in the coming years and that they will be able to further increase the impact and reach of the camp. Although the camp was just started last year, girls’ participation in Olympiads has already increased and one of the participating students took 2nd place in the national physics competition. KGSC is just getting started with the long-term impact it will make in Kosovar society.