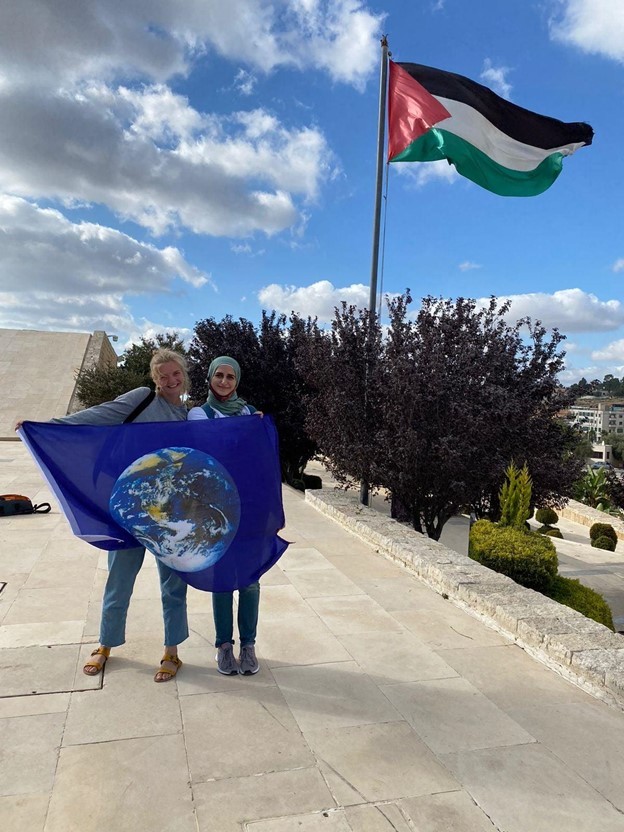 YES alumna Saba Rjoub didn’t realize her exchange year would build lasting connections with more than just Americans! During her YES year in Lodi, Wisconsin, Saba from the West Bank met Adelie, a fellow exchange student from France. After a year of adventures together in Wisconsin, Saba and Adelie flew back to their respective homes. They resumed their lives with their families, graduated high school, and both went on to pursue college degrees in international relations. Their exchange experience in the United States played an important role in shaping their personalities and helped them become the adults they are today.

Saba and Adelie remained close friends even after finishing their exchange programs. Three years after leaving the United States, Saba and Adelie met for their first reunion together in the West Bank, when Adelie came to visit. This visit had a big impact on Adelie, who discovered the beauty of Palestinian culture during this first trip and she promised herself that she would return. In 2021, Adelie kept her promise and began her career at the French Consulate in Jerusalem.

Today, five years after their exchange experiences, Saba and Adelie are resuming their old habits of having dinner together, listening to their favorite songs, and reminiscing about old times with their high school yearbook. Saba shares, “The YES program not only introduced me to American culture, but it also connected me with cultures around the globe. After five years, I still have precious connections with people I met during my exchange year.” Most importantly, Saba and Adelie are supporting each other as they advance in the next stages of their lives. Saba continues to introduce Adelie to Palestinian life and culture and is also helping her settle into her new home in Jerusalem. Adelie reflects, “My exchange year in Lodi, Wisconsin, was so much more than a year in Lodi…Saba is the living proof.”