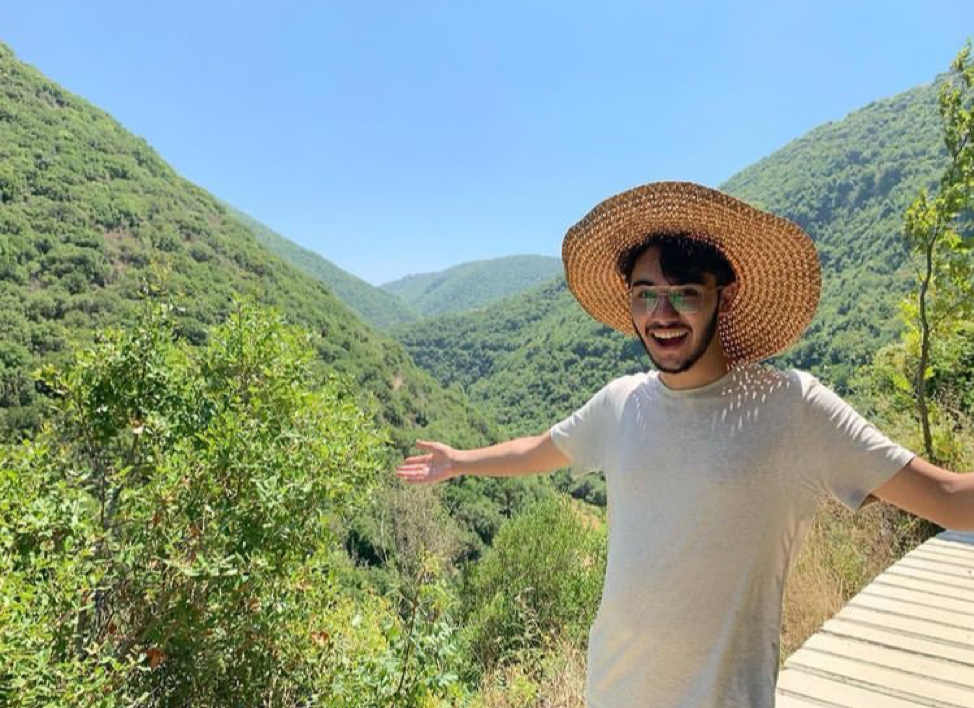 Abbas Lakkis (YES 2020-2021, Lebanon, virtually placed with PAX in Oshkosh, WI) and his virtual host family have overcome time differences and busy school and work schedules to develop a close relationship and engage in meaningful conversations. Abbas speaks with his host mom Robin almost every day. The Knolls feel like they have truly become a little family with Abbas over the last few months. They talk about everything, from silly TikTok trends and their hobbies, to world events, politics, religion, school, family, food, and culture. Abbas has also done his part in sharing his culture with his host family, like telling them about “Dabke,” a tasty snack, and teaching them the “Dabke” dance they do in Lebanon. They exchanged little videos back and forth as Robin tried to master the dance moves. Abbas also teaches his host parents Arabic phrases and patiently corrects their pronunciation, even if they cannot hear the differences.

Abbas enjoyed learning about Thanksgiving traditions like special foods and blessings that each family member shares. He was amazed by the Christmas holiday spirit with all the beautifully decorated streets, trees, and yummy treats. Although far away, he felt that his host family and coordinator let him experience the American holidays.

Abbas also enjoys communicating with his American virtual pal, Escha, whom he describes as one of the kindest people that he ever met. She helped him get to know Oshkosh, Wisconsin, told him about the education system in the United States, and helped him gain a better understanding of what it is like at an American school. Abbas and Escha are both creative, artistic people, and they enjoy sharing their artwork with one another for feedback. Sometimes Abbas and Escha will invite another YES student, Erion from Kosovo, and his virtual pal, Ethan, to play a board game about teamwork. “It is such fun,” says Abbas. 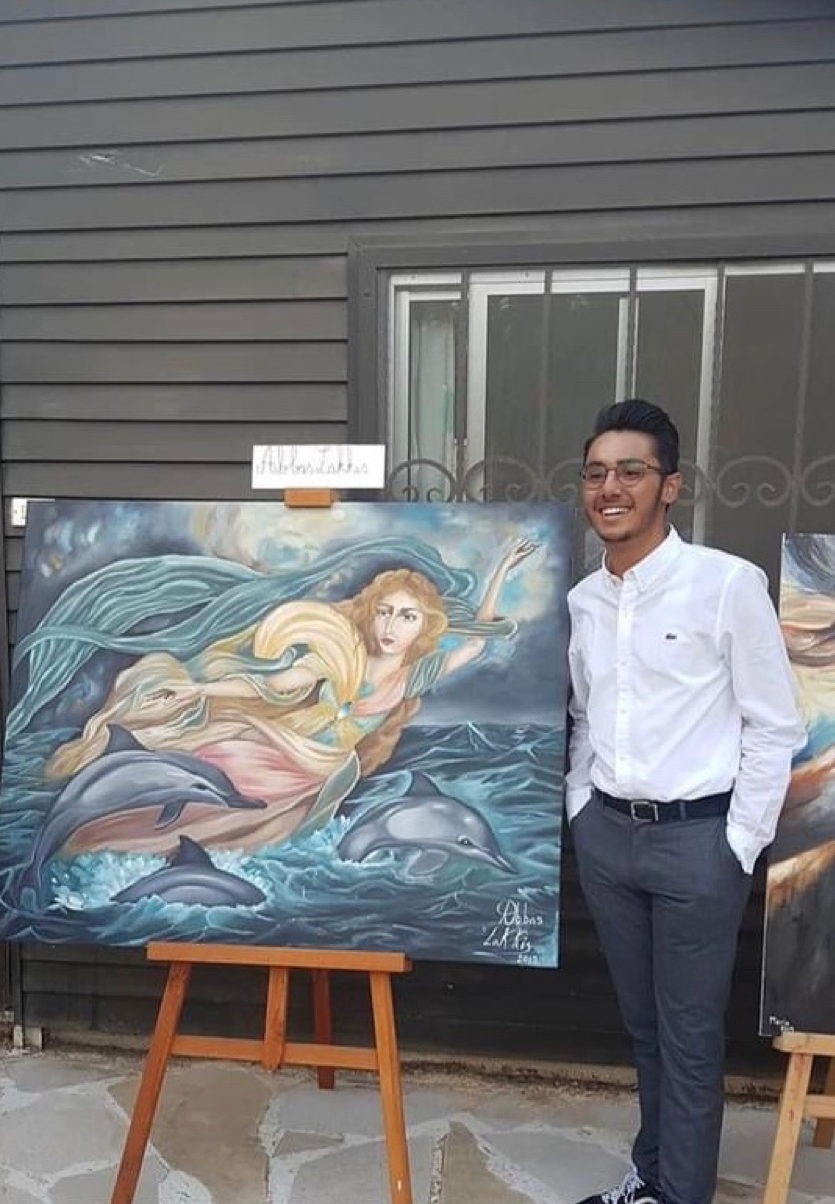 Abbas stands next to one of his paintings.

Through enhancement activities organized by his local coordinator, Abbas has made friends from Kosovo, Indonesia, Poland, Ukraine, and Kyrgyzstan. Abbas says his favorite cluster activities were a Local Government and Entrepreneurship webinar with the Mayor Pro Tem of Plymouth, Michigan; a discussion about the lifestyle of the Old Order Amish communities located throughout Wisconsin; the “Disability Inclusion” webinar organized by the PAX national office; and a discussion about the Indigenous people of Wisconsin.

Abbas is also participating in a PAX project with American peers from an International Baccalaureate program at a Michigan high school. Together with several American students and other FLEX and YES students, he is a founding member of the “School and Academic Pressure” group. After a lot of research and discussions about the underlying causes and impacts of school and academic stress and cross-country comparisons, the group developed a plan to advocate for holistic wellness in their communities.

Although Abbas would have liked to participate in person in the YES Program, he describes the virtual program as “an amazing experience.” He added, “The program opened me up to the world, showed me that I am part of a bigger circle. It has improved my leadership skills and has prepared me to face new challenges with confidence... It is a great way to become more social and make strong bonds with people in the U.S. and from all around the world.”

Innovations for a Better Future