May YES Student of the Month 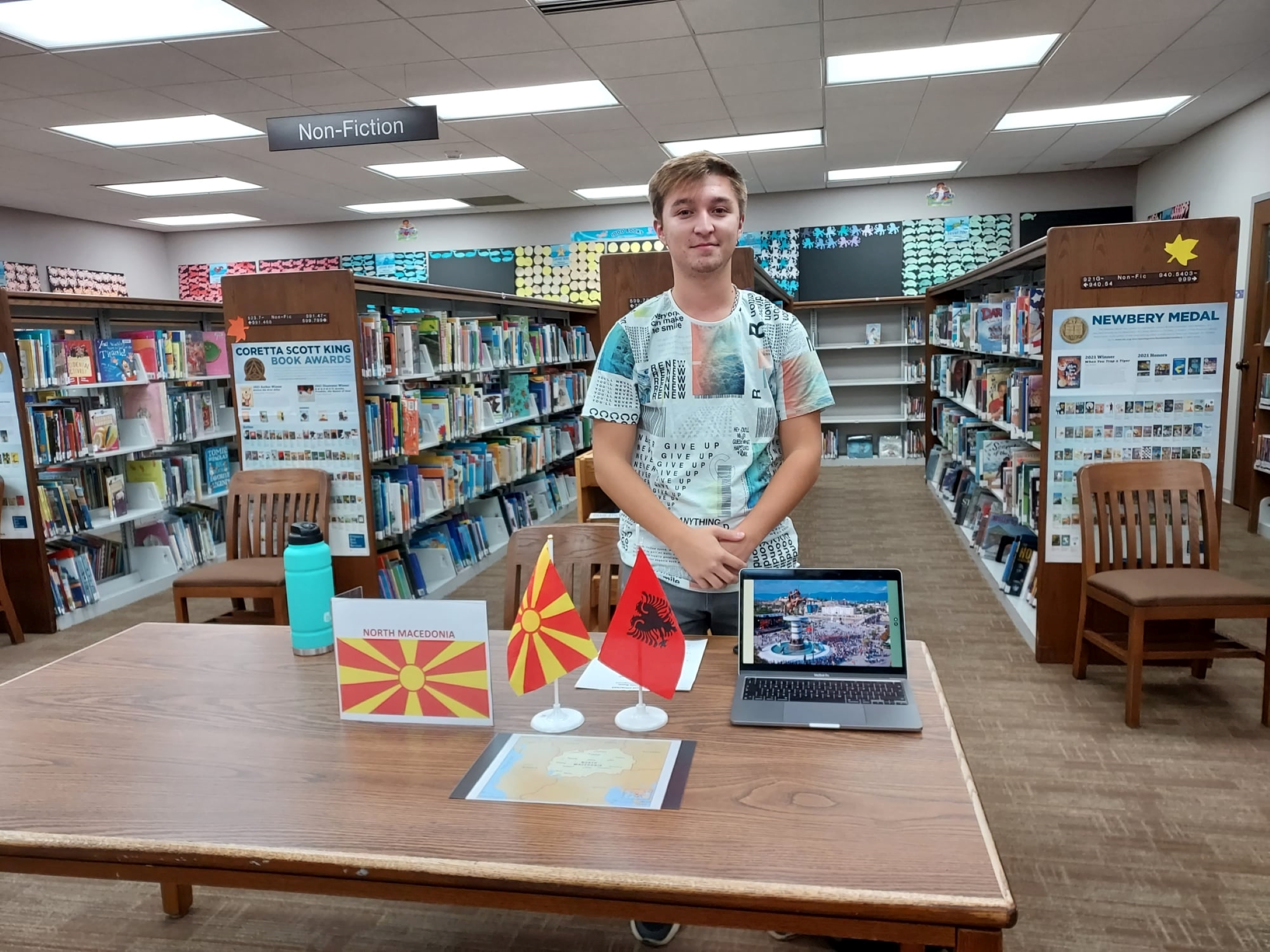 Above: Lavdrim introducing his country during International Education Week.

We are pleased to announce Lavdrim Mustafi from North Macedonia as May’s YES Student of the Month. Lavdrim is placed by Program of Academic Exchange (PAX) and hosted in Franklin, IN.

Lavdrim jumped head-first into all aspects of American life with a smile and a positive attitude upon arrival to the United States. Lavdrim quickly adjusted to a life in Indiana that is very different from what he knew growing up in a city in North Macedonia.  He lives on a small farm with his host family, the Clarkes, their livestock, and their two Labrador retrievers, Bailey and Nova. Both host parents are veterinarians. Before his YES year, Lavdrim was afraid of dogs and felt apprehensive about living with them, but before long he befriended Bailey and Nova. Now he helps take care of them and plays fetch and tug of war with them daily. At home in North Macedonia, he was used to hearing the Muslim call to prayer in the morning and at specific times throughout the day. In contrast, there are few mosques near him in Indiana, and Lavdrim has grown accustomed to the quiet of the wide-open spaces around him.

Lavdrim is making the most of his time at school.  And, despite arriving after school had started, he has made many friends and has been a great ambassador for North Macedonia and the YES program.  He is taking challenging classes that align with his goal of studying computer programming after high school and is a straight-A student.  Outside the classroom, Lavdrim joined the soccer and swim teams and is learning the ancient team game of Gaelic Hurling.  He used his passion for photography and videography to produce a motivational video for his swim team as a surprise before sectionals. When not busy with his schoolwork or sporting events, Lavdrim is in the stands supporting and cheering on his host brother’s track and band competitions. 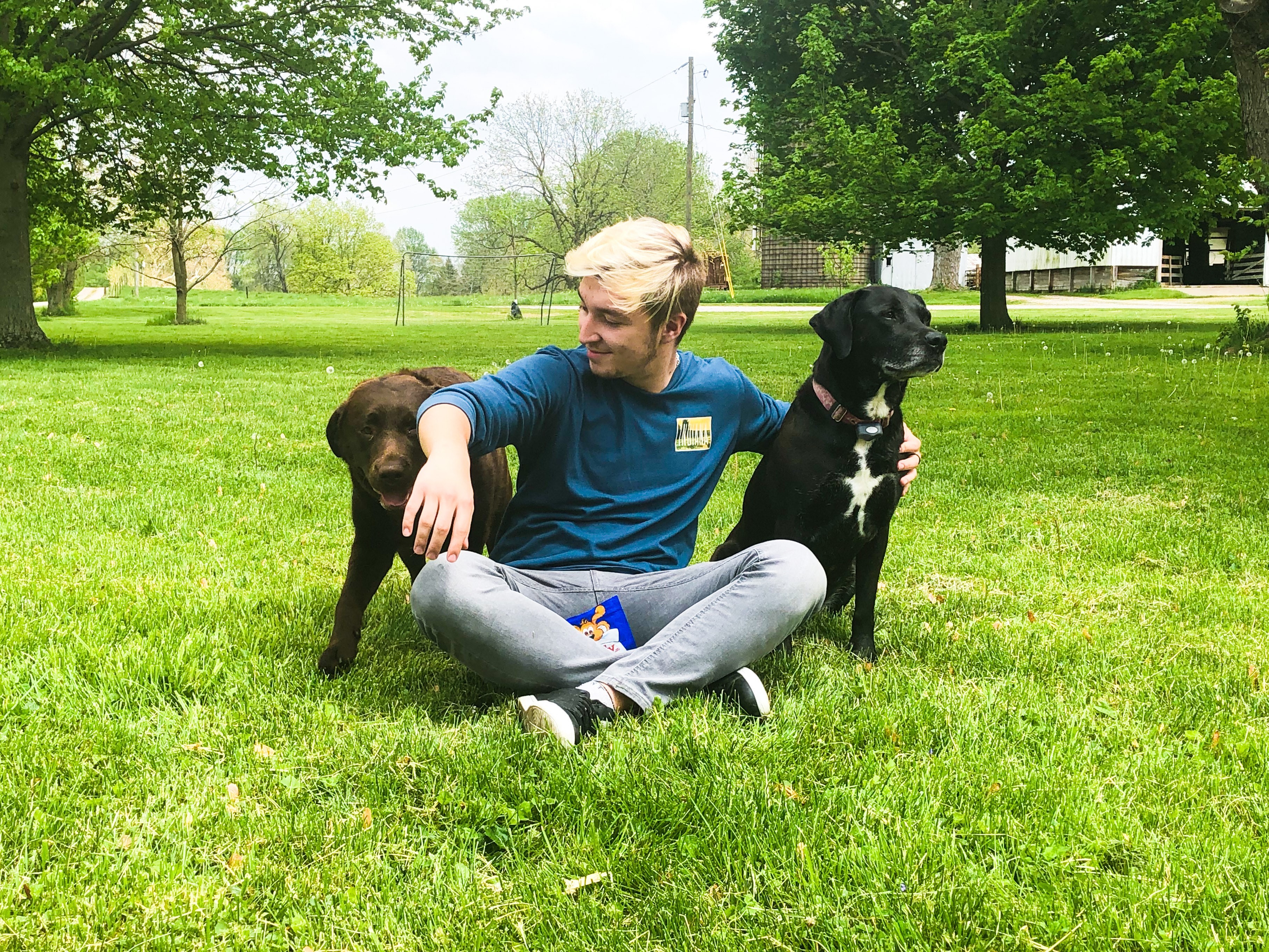 Lavdrim has taken his commitment to the YES program requirements seriously and realizes how important it is to contribute and help his community.  He gave 13 presentations about his country and has participated in many volunteer activities, including organizing percussion tournaments, working at food drive-throughs at church, and collecting donations for Afghan refugees.

Lavdrim was selected to attend the Civic Education Workshop, a special week-long program in Washington, DC, that gives YES and FLEX students a better understanding of some of the key concepts and values integral to U.S. society and culture.  Given the chance to participate in the “Hoosier Huddle,” a meeting with Indiana Senators Young and Braun, Lavdrim took the opportunity to promote the YES program to the senators by discussing his home country’s culture and handing out cards with important information and statistics about Indiana host families and the YES program.

Lavdrim’s local coordinator, Sabrina, attributes Lavdrim’s great experience in part to his unwavering optimism and enthusiasm.  She said, “He's been so kind, fun, open to everything and I know he's not taking any of this year for granted!”

After a year of immense growth, improvement, and unforgettable experiences, Lavdrim has formed strong bonds with new friends and family.  Lavdrim said, “Thank you for giving me this opportunity.  It has truly been a once-in-a-lifetime opportunity and a chapter of my life that I will never forget.”