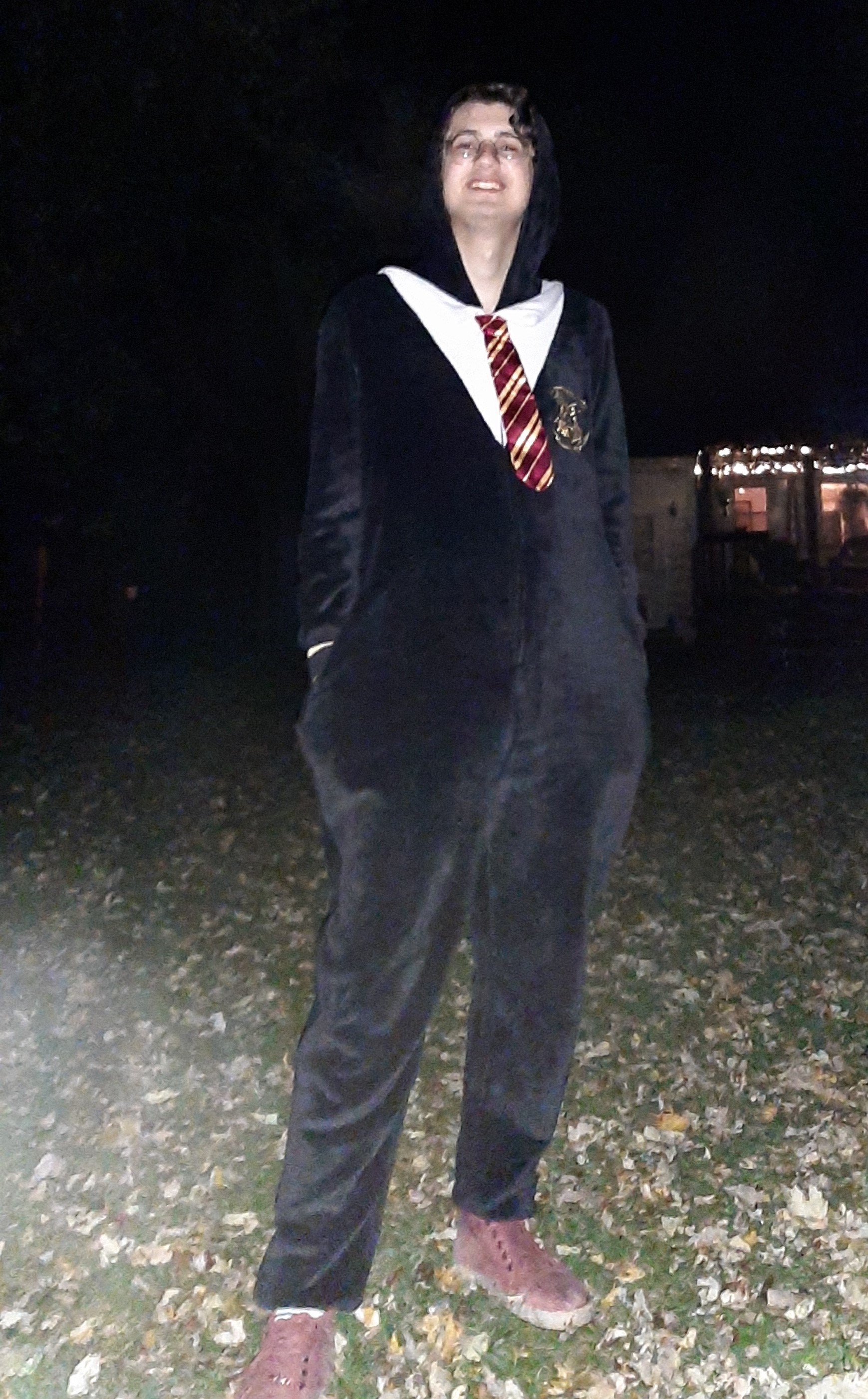 I was excited when I saw October arrive on my calendar. It was “spooky season,” a most beloved month among Americans when they celebrate Halloween, which is a holiday that we don’t celebrate in Lebanon. It was one of many holidays that I was excited to experience for the first time. I went to haunted houses, painted and carved a pumpkin, went trick or treating, and attended two Halloween costume parties with some of my international friends!

Since the beginning of October, my host mother and my host sister have been telling me about haunted houses, so my host sister planned for us to go to the “Factory of Fear” in Moline, Illinois. It was a “blackout night” which means that there was no light in the house, so you had to navigate using a single glow stick for each group. Inside the haunted house, we passed by a candy shop, a church, a maze, and an asylum, which was one of my favorite stops in the house. After this experience, I was eager to try every Halloween tradition!

That same week at school during my art class, we did a pumpkin carving and painting competition. We worked on them for two days, and I painted my pumpkin as a poisonous apple from one of my favorite Disney movies, Snow White. It was fun to paint and carve the pumpkin! Even though I didn’t win the competition, I gained a new experience and grew to appreciate the holiday even more. 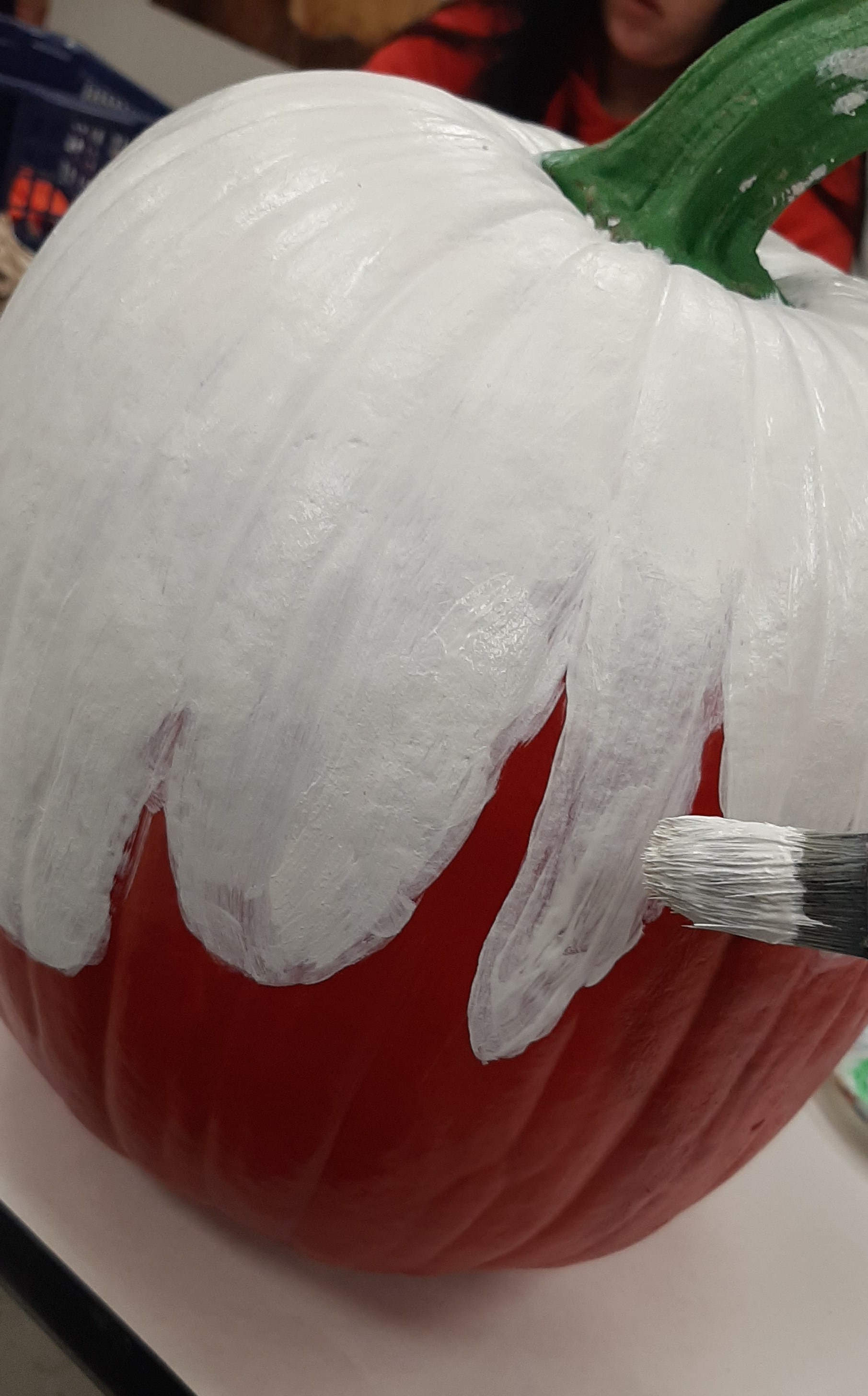 When October 31st finally arrived, it was the snowiest and coldest day of the week. It was my first time attending an “activity day” at school, so it was exciting to see my school band playing through the hallways of the school to start off the day. Students played dodgeball, drew Halloween or Disney-themed drawings, and had a donut eating contest! I participated in the art project where we drew on a big roll of paper inside the hallway. I drew a big pumpkin with a Mickey Mouse face - it was one of the cutest things I’ve ever drawn! After that, I spent the rest of the school day in the auditorium with the other students singing and dancing.

When I told my host parents that I never went trick or treating, they immediately told me that they would take me. When school ended, I headed back home with my host sister to get ready to go trick or treating with my host family. I chose to be Harry Potter for Halloween since he is one of my favorite characters and people always tell me that I look like him. When the time came, we headed to my host aunt’s house to start trick or treating. It was so much fun! I love how everyone both young and old, dressed up for the occasion.

While we were trick or treating, we came across a house decorated as a spooky carnival with creepy clowns and carnival owners. It was one of the coolest houses I saw during that night! In addition to that, one of the houses turned their garage into a haunted house, and that was another one of my favorite houses. After trick or treating, I went to one of my friend’s house to hang out with my bagful of candy. It was one of the best nights I spent here in America!

Then the weekend had arrived, and my local coordinator had organized a Halloween party for exchange students. Afterwards, the party turned into a sleepover where we all stayed up all night talking, playing, and joking around. We all had a lot to catch up since our arrival orientation. In addition to that, we carved pumpkins that each had a symbol to represent our countries. It was the best two days I had in the United States so far! It was great to see my international friends again while enriching our bond that we built together.

I experienced every Halloween tradition that I could think of! One of my favorite moments this Halloween is reunited with my global friends and spending the weekend with each other. Now, we all have those memories together along with all the inside jokes we created. I have a feeling that those bonds will last forever. I have made all these amazing memories during Halloween and it was one of my top favorite holidays in the US so far! 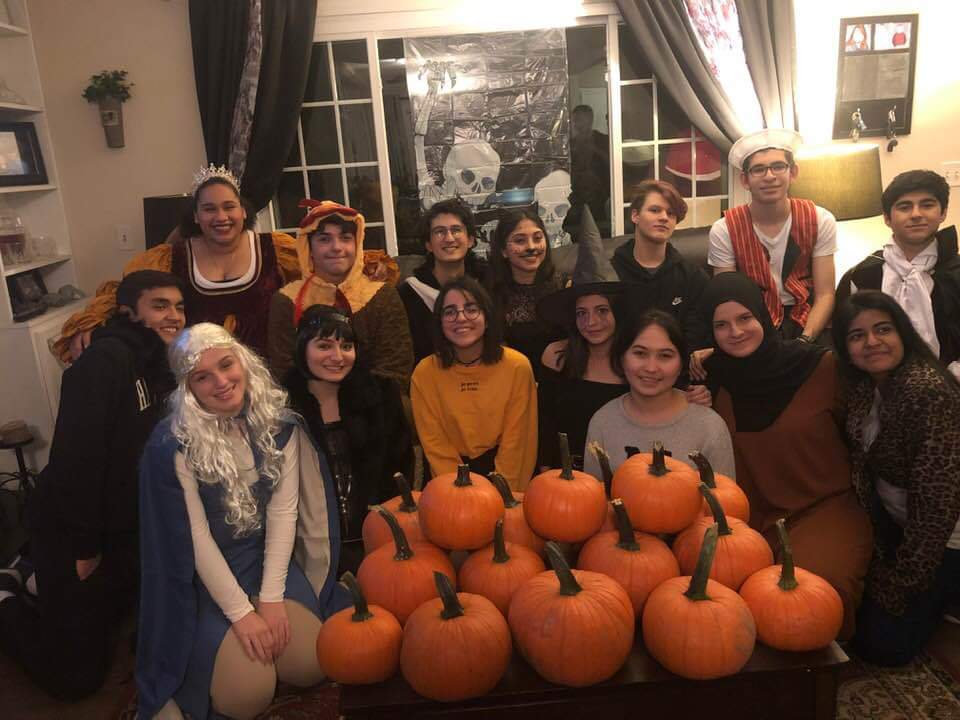