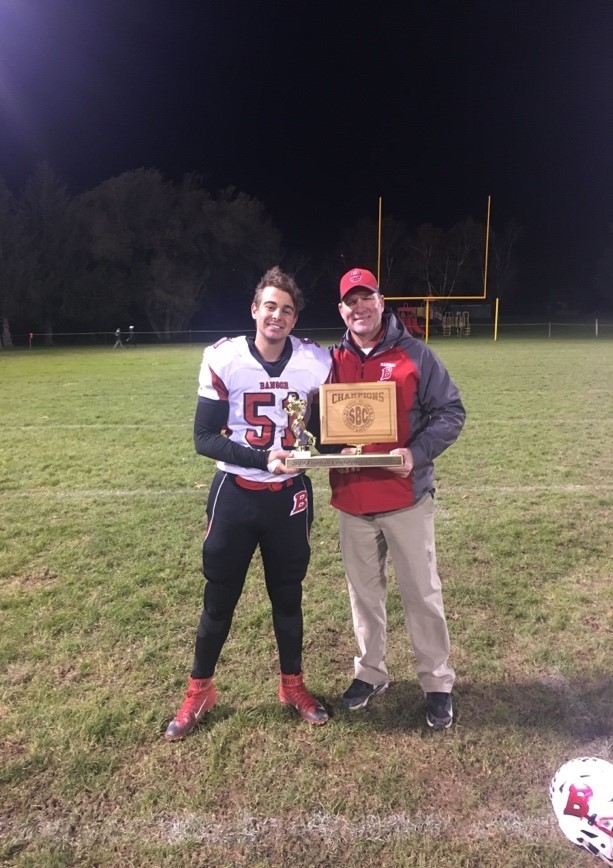 The clock is counting down. Everyone around me is silent, listening for the signal. I feel the wet grass beneath my feet giving me leverage to explode ahead. I feel sweat, dripping down my forehead; my cleats, biting into the soil; my fingers, balancing me on the ground as I’ve taken a three-point stance. Oh wow, my sweat is even on my face-shield. Everyone around me, all 10 other teammates standing ready to shoot themselves ahead, destroying everything in their way with one goal in mind: "Let's get that touchdown."

You might’ve figured out by now that I’m talking about the game of football, but not just any game. This is the story of my last-ever American football game in the United States. We were having a playoff season competition with one of the top football teams in our division in the state of Wisconsin.

When I came to the United States at 16 years old, the first thing I wanted to do was to watch football, American football. I asked my host dad if we could watch it, and I remember taking in every second of the game.

The Chicago Bears were playing against the Green Bay Packers. It was such a forceful sport in my eyes at the time, and I did not understand a single thing about the game. I was just looking at guys pushing each other, throwing a small leather, brown melon at each other, someone catching it, running with it and going into the other team’s field. Still, it looked so cool. All the guys had these shoulder pads that made them look massive, the helmets were so mean looking and everyone looked so big, even from a distance. 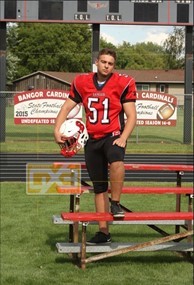 I had watched previous football games, but this time I had someone explaining what was happening on screen. I couldn’t wait any longer, I immediately told my host dad: “Ken, I must try this! This looks like such a mean sport. I love it!”

He laughed at me.

“All right Ivan, let’s go to your school,” he said. “Today they have a practice, and we’ll talk with the coach.”

We went to the school, and I met the coach, a large man who was probably six feet tall. I was just staring at him with such respect, and he came to me, shook my hand, presented himself and gave me the nicest and most comforting greeting, “Welcome to the United States Ivan, nice to meet you!”

We both went to the meeting room of the team, where he introduced me to my teammates, and from there the story began.

These were the best four months of my life in the United States. Every day I attended training, making so many new friends, and facing struggles as well as accomplishments.

The season went by quickly and before we knew it, my team and I found ourselves playing our last game.

There I stood beside my teammates: Grant, our tight end, a high school senior who, two months after this game, committed to playing football at Minnesota State University; Michael, the left guard, who also not long after the game got a scholarship to play at University in Wisconsin; Carter, our lead running back, who signed a contract to play football in Wisconsin; and then there’s me, already 17, a student from Bulgaria with four months experience in this sport, playing a nose defensive guard on the quarterfinals of the season. And I felt like I could achieve anything in life.

The one thing I had to keep in mind was to always trust the process and to never give up. The words of my dad came to my head: “When you get knocked down, stand up like a spring, attack every obstacle so ferociously like your life depended on it, always give 100% and never regret trying, whatever the outcome.”

I shoot first into the crowd of the players in front of me. They haven’t even stood up yet. I pass through them, capturing the opposing team quarterback who tries to look for his allies to throw the ball. Suddenly, my teammate Carter comes by, steals the ball, and runs like he’s being chased by a cheetah to the end zone.

The whole crowd stands to cheer. I take off my helmet, my face dripping with sweat. I’ve got a couple of blood droplets coming out of my lip.

Celebration and pictures are taken. Some are laughing and screaming in happiness, some are crying with happiness, and some just stand and think about what just happened.

When I finally return to the locker room to change for a night-out, everyone starts applauding. I stood for a second, confused. I look behind me, but no one is there. Didn’t Carter just score?

Coach Muellenberg stands up, and Carter follows him. They both stand on each side of me.

"If it wasn’t for Ivan, that point was not going to be ours,” coach says. The team starts chanting my name: “Ivan, Ivan, Ivan, Ivan". I think for a second, clean the blood from my bottom lip, and raise my helmet like it’s a trophy. Everyone starts cheering and applauding. I won’t lie, I had tears in my eyes at this point.

Later that night, I remembered what had happened in the last seconds before the play. Every thought popped in my head like a voice. And I finally had the answer.

“I can do anything; I can reach the moon; I can become a billionaire; I can do everything I ever dreamed of doing.” 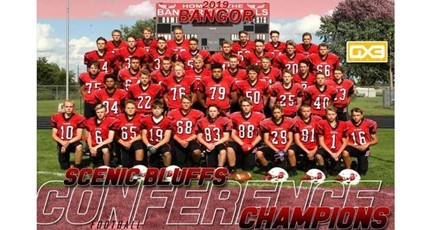 
Edward Kennedy, Jr. and his family visited Bangladesh to commemorate 50 years of friendship.