The "I Have a Dream" Project Inspires Pakistani Youth

The fear of being from a remote village of a developing country like Pakistan never stopped me from dreaming and achieving big. By being resilient and working hard, I, Shujaat Ali Khan from the far flung district of Chitral, participated in the Kennedy-Lugar Youth Exchange and Study (YES) program during the 2013-14 academic year. I realized that I am one lucky person because I had the opportunity to be an ambassador of peace and to live my dream at a young age. I started to dream of giving something back to the place where I live, Chitral, which is the largest district in the Khyber-Pakhtunkhwa province in the northernmost district of Pakistan. As I approached the end of my exchange year in Wisconsin, I discovered a passionate leader inside me who wanted to give back. I realized that my part of the world in Pakistan needs to address the many challenges facing our community, and for that I had to stand up. This is how my idea for the “I Have a Dream” project began.

Chitral is a district with the most hospitable and peace loving people on earth. However, because of its harsh weather and unapproachable geographical location, it has always been neglected by the rest of the country, and the world in general. In winter, the region is cut off from the rest of the country because heavy snowfall devastates all means of communication and transportation. I believe that the root cause of both the stagnation of Chitral and the unwillingness of people to accept other cultures is a lack of exposure to and knowledge of modern-day English. The people of Chitral are immensely talented and have a high literacy rate; however, they have no easy access to information about the world or the English language. Therefore, I decided to implement the project entitled “I Have a Dream” to equip locals with both English language skills and an understanding of the importance of accepting differences. All in all, Project “I Have a Dream” can be described as the dream of a common villager from the mountains to help his rural, but talented, community embrace modern day challenges and rise as a successful community contributing towards the development of the country.

Winning a YES Alumni Small Grant from the U.S. State Department allowed me to implement my project. I worked with two other alumni to create a team: Muhsanat Ayub, YES 2013-2014, and Nosheen Iqbal, YES 2014-2015. Additionally, Ishtiaq, a YES 2007-2008 alumnus and a lieutenant in the Pakistani army, added more power to the project. Two high school English teachers were involved in the sessions on different parts of the English language.

The project took place from October 27 to November 6, 2015. The project took place in two separate locations, one for boys and one for girls, keeping in view the sensitivity of the local culture. However, the team also went up to visit different schools for career counseling sessions. The target population of the project was 150 males and 150 female high school students ranging from 8th through 12th grades. The project included many sessions on improving English language skills, including listening, reading, speaking, and writing. The sessions were conducted by the two high school teachers and the alumni team through multimedia presentations, group tasks, handouts, and ice breakers. Moreover, sessions on career counseling and personal development were conducted in between the English language sessions. The alumni also led sessions called “Accepting Differences among Cultures” by sharing their exchange experiences. At the end of the project, an English essay and speech contest on the topic of “Cultural Diversity and its Importance” was organized, and some test-prep materials were donated to the Aga Khan Boys Hostel Library in Chitral. 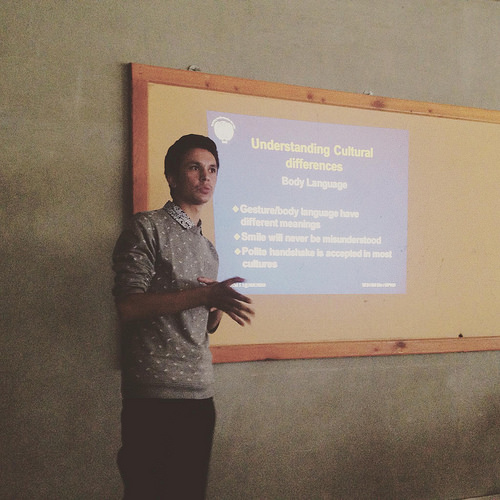 This first phase of the “I Have a Dream” project ended on a great note. The most encouraging and emotional moment was when a 9th grader burst into tears while thanking me for implementing the project. He said, “This was a really wonderful opportunity for all of us. We all are so proud of you and your team for thinking about our future even after leaving Chitral. This is the true spirit of giving back to community. We salute you for this and also thank the YES program.” Another senior student named Aurangzeb said, “Project I Have a Dream has been a practical and productive one. Now we are really sure what we have to do in order to uplift our status.” The guest of honor was the head of the Chitral Heritage and Environmental Protection Society, Chairman Rehmat Ali. He said, “Shujaat and his team proved what it means to volunteer. I really appreciate his efforts and really hope that they will implement more projects like these in the future.” Thus project “I Have a Dream” turned out to be a really successful project. My team and I are looking forward to applying for a grant again next year to extend this project. We are also thinking about approaching other NGOS to help us continue this much needed project. 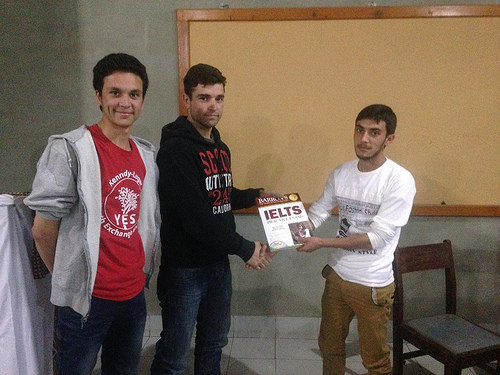 To conclude, Project “I Have a Dream” has been a phenomenal experience for both the team members and the participants. I personally discovered and revived my real passion for volunteerism. I would like to thank American Councils for International Education, my local Coordinator in America, Dixie Klemish, iEARN Pakistan and iEARN USA, the Bureau of Educational and Cultural Affairs at the U.S. Department of State which is the sponsor of the YES program, and all the other organizations, including individual volunteers, who helped in making this project a real success. We are really looking forward to the same cooperation from all of our volunteers in the future to help us implement more projects like these so that we can make this world a better place to live. 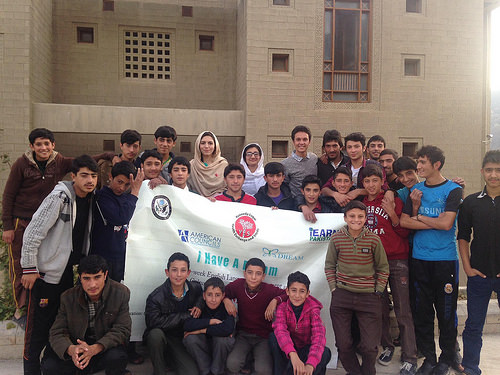 Shujaat‘s I Have a Dream project started on October 27, 2015. On October 28, a powerful earthquake of 7.5 magnitude struck major cities of Pakistan, including Chitral, leaving at least 276 people dead and injuring over 1300 people. Participants and trainers of I Have a Dream continued to meet for the next ten days. Many homes of the participants and staff were damaged in the earthquake adding to the damage from the enormous floods during the month of July earlier in the year in Chitral. 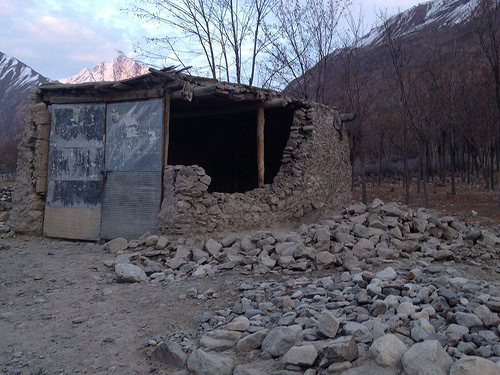