Projects for All Grant: Training PWDs on Mali’s Electoral Process 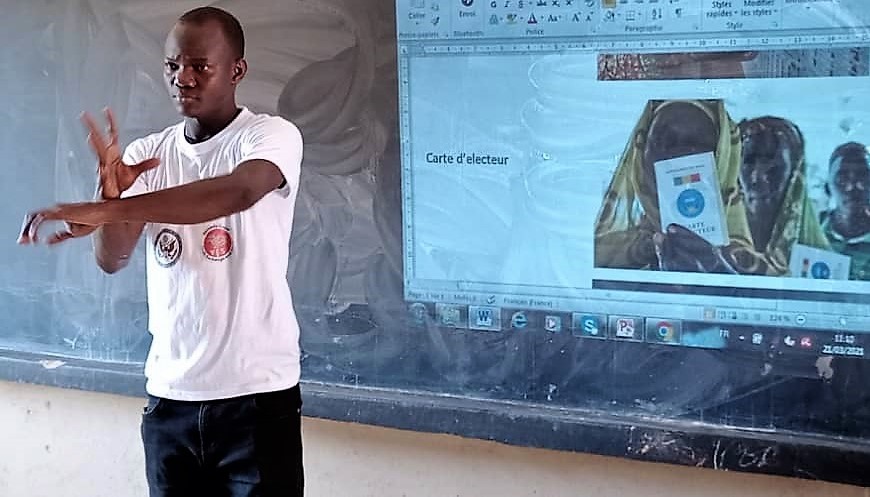 My name is Gaoussou Diarra. I attended the Alabama School for the Deaf during my YES exchange year. I felt very lucky to go to the U.S. and witness the differences in economic conditions and culture. What I liked most — and what I would like to see in Mali — is that children with disabilities in the U.S. engage with one another. I like to bring young people with all types of disabilities together to teach them about the Convention on the Rights of Persons with Disabilities and about sustainable development. 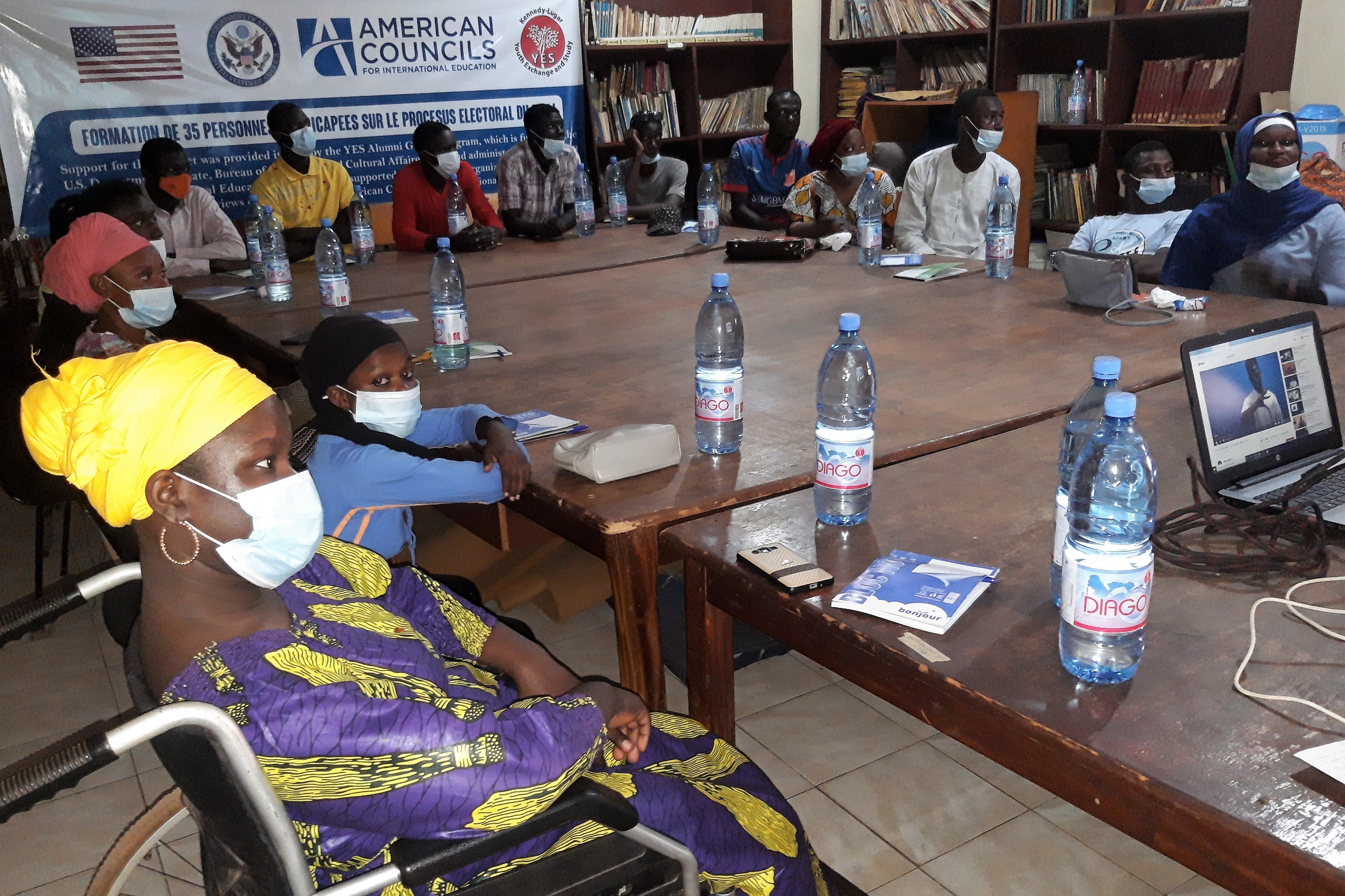 Since returning home, I have organized several projects to train youth with disabilities. In February and March 2021, I received a Projects for All Grant to organize two trainings in Bamako and Sikasso for 35 young people with disabilities about the electoral process in Mali. The training aimed to strengthen the capacity of young leaders with disabilities by teaching them about governance and citizenship and encouraging them to take part in civic action.

The participants shared their challenges with accessibility at polling stations. Most participants said they had never voted because of the lack of accessibility. Deaf participants noted that, while they may be able to physically access polling places, they did not have access to information due to communication barriers. Participants engaged in discussion on how to make poling centers accessible to facilitate their participation in the electoral process.

It was a very successful project. Participants learned about Mali’s electoral system, the organizing bodies responsible for elections, and the need for their involvement.