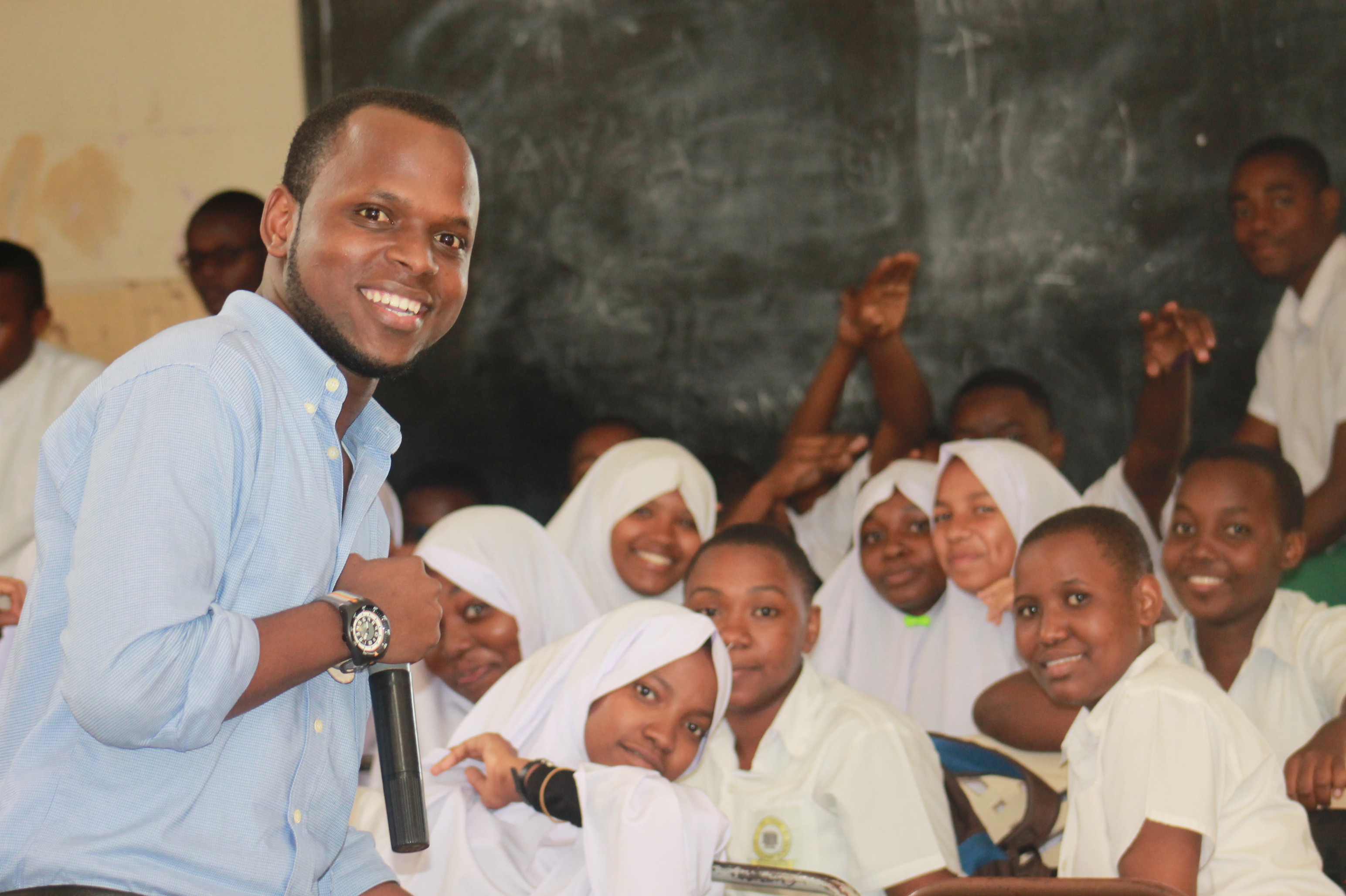 My name is Hassani Msanga, and I am a 2017 medical school graduate of Muhimbili University in Dar es Salaam, Tanzania and will soon begin my internship to be a medical doctor.  During my YES year in Cedar Rapids, I engaged in various community service activities at school, in my local community, as well as at church. This unique opportunity helped me gain a passion for volunteerism, and I learned the importance of helping people in the community solve various social and economic problems. I was inspired by the volunteer spirit of American people who seek to help their own communities as well as other countries. 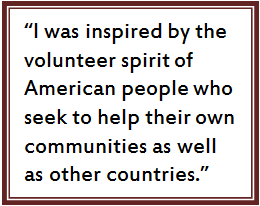 My region, Tanga, is located on the coast, near the beautiful Usambara Mountains, the Indian Ocean, and several historical sites such as the Amboni Caves. Despite its beauty, Tanga is one of the regions in Tanzania most afflicted with a high rate of teenage pregnancy, early and/or forced marriages, sexually transmitted diseases, unsafe abortion practices, and poor academic performance among the region’s schools due to teenage pregnancy and subsequent school drop-outs.

One of the major contributing factors to these problems is the lack of education about sexual and reproductive health and rights among youth in Tanzania. Inspired by my YES experience in America, I decided to organize a seminar for students from three large schools in Tanga. I applied for and received a YES alumni grant to fund this sexual and reproductive health and rights project. 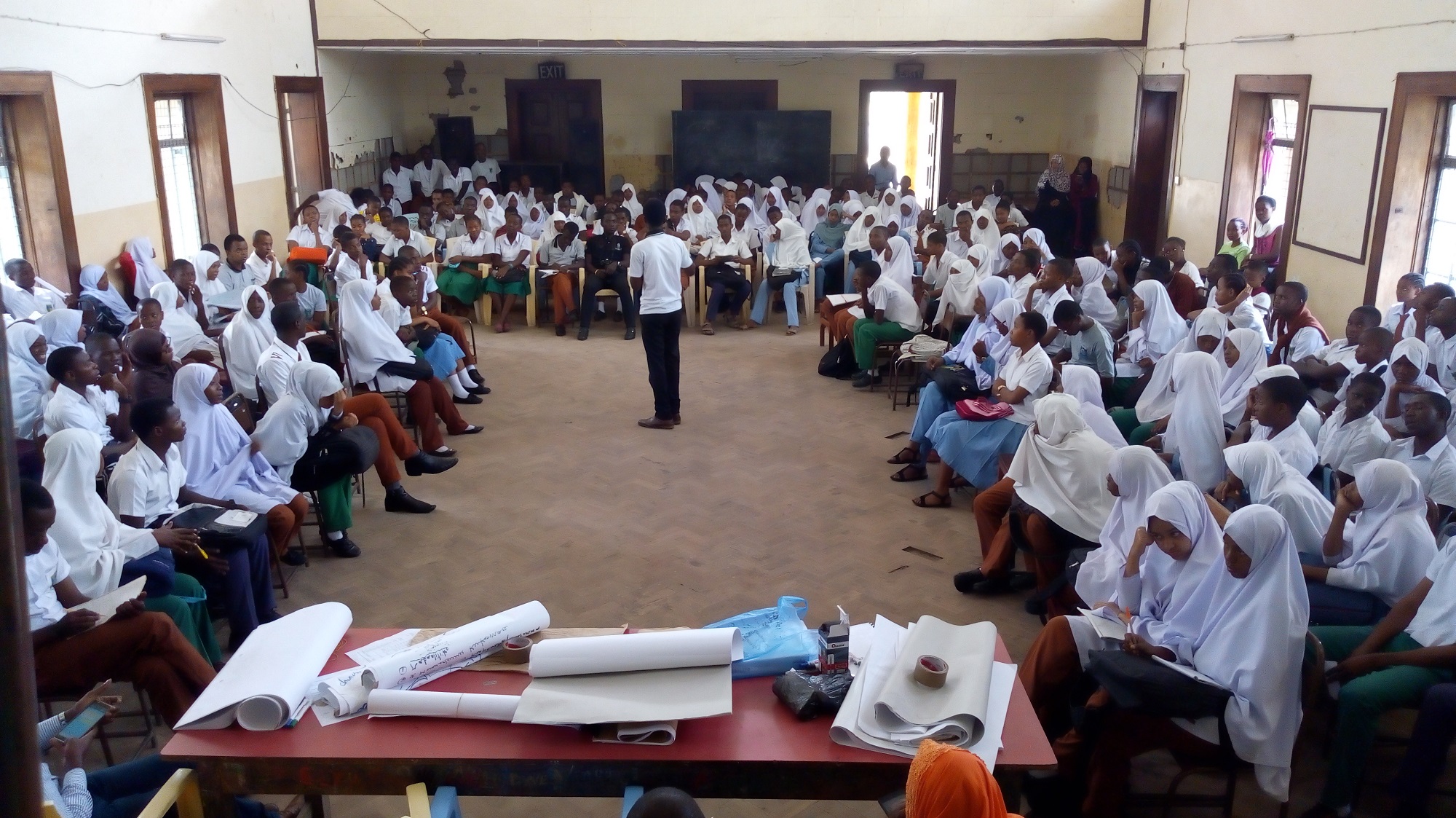 On September 8-9, 2017, I led a group of 17 medical students and three teachers from the attending high schools to conduct a two-day seminar at Mkwakwani Secondary School to educate 200 students (mostly female). Attendees included ninth to twelfth grade students from three large schools in Tanga: Old Tanga, Mkwakwani, and Usagara secondary schools. The seminar focused on the topics of puberty, menstrual hygiene, risky sexual behaviors and practices, teenage pregnancy, abortion, sexually transmitted infections (especially focusing on HIV/AIDS), sexual and reproductive rights, and gender-based violence. We facilitated discussion of the physical, behavioral, and emotional changes during puberty and ways to handle the associated challenges that face youth in Tanzania. We explained the menstrual cycle and ways to manage personal hygiene during menses. We also discussed the burden of teenage pregnancy, factors contributing to high rates of teenage pregnancy, and associated family, social, educational, economic, and health consequences.  We also educated them about the health complications associated with illegal abortion practices. 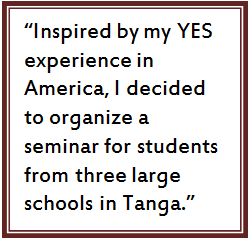 Feedback from both attendees and teachers was very positive. Many young women who attended expressed appreciation at learning more about their menstrual cycle and hygiene so that they are now able to continue to attend school and participate in other activities during menses. Several students commented that the seminar impacted their life and future. Teachers from Usagara and Old Tanga recommended the seminar be replicated at their schools and proposed establishing clubs to allow knowledge on these issues to grow and spread.

I hope that the knowledge we imparted to these students will enable them to have a better future in their academic, family, and social spheres, because citizens with a better future contribute to a better country. 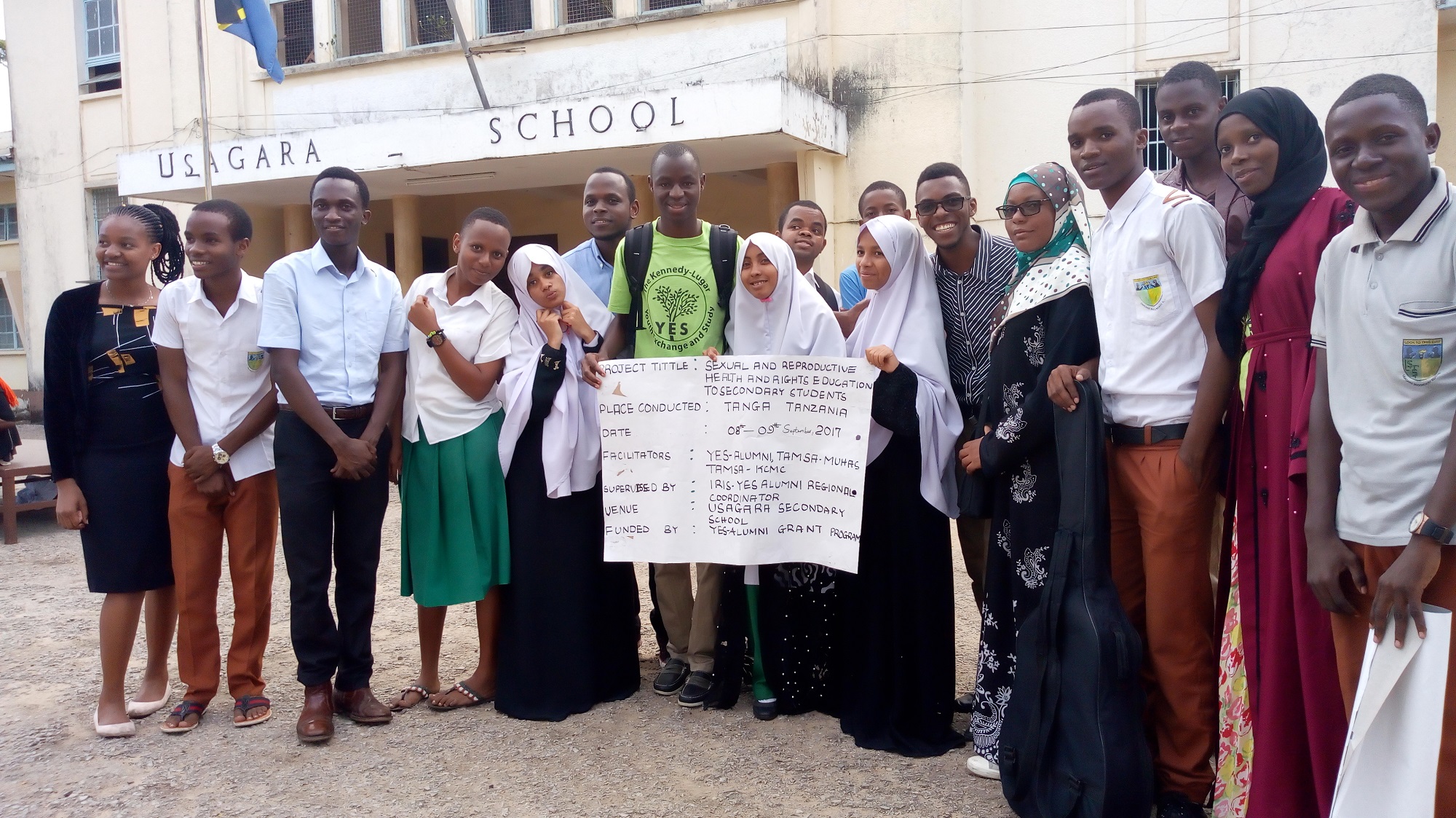 I would like to thank the U.S Department of State, Bureau of Education and Cultural Affairs for sponsoring the YES program and the YES alumni grant I received to conduct this project. Through this program we were able to change lives for a better future of Tanzania. I would also like to thank the Tanzania IRIS YES Coordinator, Ms. Grace, and the IRIS YES Associate, Mr. Amir, for closely supporting and supervising our project. Furthermore, I would like to thank my team for working so hard on the project and the teachers and students for their active participation!